Ever since Elon Musk announced on Twitter last Tuesday that he had “secured” the “funding” to take Tesla private in what would be a $72 billion deal, the biggest question has been: where will the money come from?

Musk himself owns 20 percent of Tesla. Suppose that he’s not selling his share of the company, he still needs about $58 billion to complete a buyout. There are only a handful of investors with a large enough asset pool to make an offer: Apple, Google’s parent company Alphabet, or the largest of private equity firms or foreign mega-funds, such as SoftBank’s $100 billion Vision Fund or Saudi Arabia’s sovereign wealth fund, the Public Investment Fund (PIF).

So far, the most likely buyer is believed to be the Saudi fund, after Bloomberg reported on Sunday that the PIF was in talks with Tesla about a potential deal, citing people with knowledge of the fund’s plans.

In a blog post published Monday morning, Musk confirmed that he had had a meeting with the PIF on July 31, where a managing partner expressed regret over not having moved forward with Tesla privatization talks in the past. That was one week before Musk announced “funding secured” on Twitter.

The PIF has around $230 billion in assets under management, making it an undoubtedly qualified buyer. It may also qualify as an experienced investor in the American tech scene, given its $3.5 billion stake in Uber, $460 million stake in the wearable tech startup Magic Leap and indirect ownership in many other U.S. companies through SoftBank’s Vision Fund (although Bloomberg’s Sunday report ruled out SoftBank as a potential buyer of Tesla).

What led Musk—and many buyout speculators—to believe that Saudi Arabia is seriously interested in taking Tesla private is the PIF’s recent $2 billion purchase (or five percent) of Tesla stock, which took place not long before the PIF’s meeting with Musk, according to his blog post.

Nevertheless, whether all of these can serve as suitable indicators of the PIF’s interest in buying Tesla as a whole is up for debate.

For one thing, just because the PIF recently bought $2 billion of Tesla stock doesn’t mean it will be comfortable committing the same (or in this case, a much larger) amount to a private Tesla.

“It’s reasonable to think that Saudi’s sovereign wealth fund would be interested. But, what it currently owns in Tesla is public securities that they could sell this afternoon if they want. It’s a very different consideration to remove an investor’s liquidity from an ownership,” John Thaler, founder of JAT Capital Management, a multibillion-dollar global equity investment firm, told Observer. “That’s why private investments in tech companies, like Uber, usually come with various rights, windows of liquidity and other terms that you don’t get from buying Tesla stock.”

Even if Saudi’s intention is real, the negotiation will be more complex than what Musk’s tweets and blog posts suggest.

Ideally, as he tweeted last week, Musk would like to keep as many existing Tesla shareholders with him as possible; what he desperately wanted to remove was the quarterly disclosure requirements of a public company, not individual investors. However, that would be an unprecedented deal for the PIF.

“The Saudi fund’s Uber transaction can be a good template of how a private deal would be structured,” Thaler said. “But, the wrinkle in this is that Elon said existing Tesla shareholders would be able to simply roll over their ownership into a private vehicle. That is not like Uber. If you look at the cap table of the shareholders of Uber, there are no random individuals. So, Elon’s tweets contradict the Uber structure as a possible alternative [to Tesla].”

In any case, whichever form Tesla’s privatization would take place, if the deal follows through, it will certainly save Musk a great deal of trouble with regulators. Last Friday, three days after Musk’s buyout tweet, two Tesla investors filed a class action lawsuit against Musk for securities fraud, because they didn’t believe Musk had secured any funding. The SEC said it had begun investigating the case. 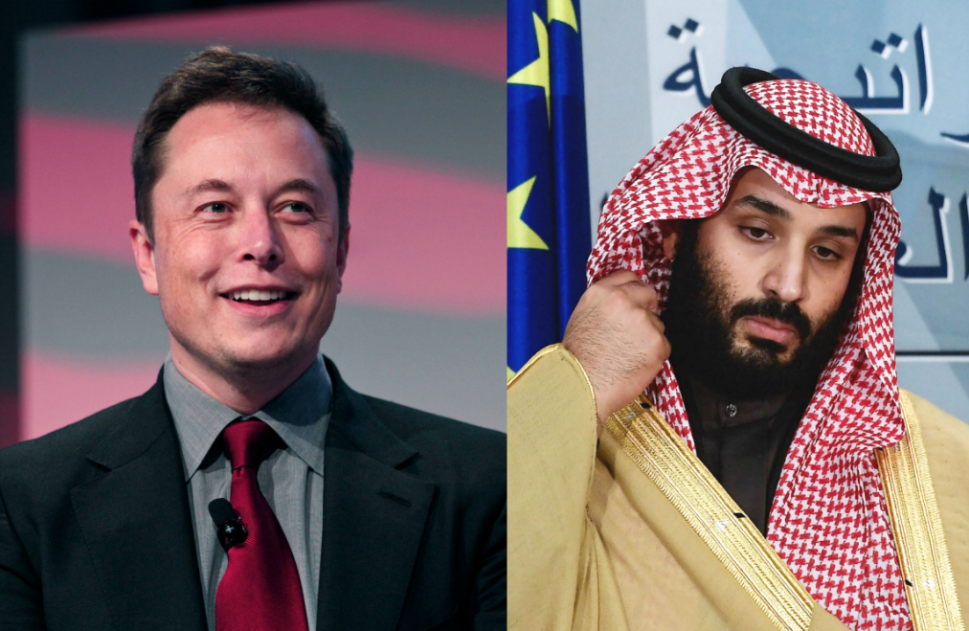