According to a letter written by the hotel’s general manager in May, which was obtained by The Washington Post, “a last-minute visit to New York by the Crown Prince of Saudi Arabia” increased revenues for room rentals by 13 percentage points.

The prince’s March visit was part of a larger multi-city tour of the United States and coincided with the U.S.-Saudi CEO Forum in Midtown—where 36 partnerships totaling $20 billion in investments between American and Middle East business leaders were announced.

Although the prince did not stay at the Trump International, “many of [his] accompanying travelers” did, spiking the hotel’s revenue for the entire quarter.

“It’s a statement that we have a good relationship with this president,” a Philippine ambassador told a local TV station about an Independence Day party hosted at the Trump International in Washington.

A Maryland federal judge last week approved a lawsuit alleging Trump is violating the law by mixing his private companies with foreign governments, signaling further constitutional debate over the nature and limits of the presidency. 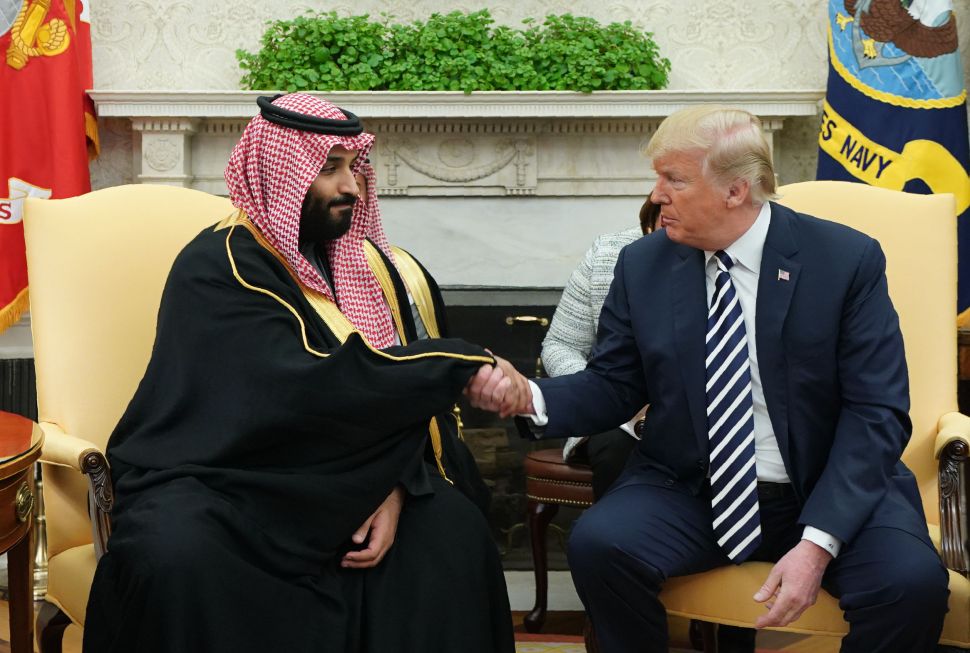