Every year, Crozier, a major fine art storage company with six locations on the east coast and one in Los Angeles, holds what Simon Hornby, the company’s president, calls “risk matrix exercises.” Though it might sound like something out of a Tom Cruise franchise, the reality is a little more mundane. It’s essentially a test of “all of the exposures we are subject to,” said Hornby. The potential for physical break-ins, for instance, or the possibility of “natural gas being cut off—that happened during [Hurricane] Sandy” in 2012—and the need to rely on back-up generators if electrical power was interrupted. Climate controls for some very delicate objects would be compromised if heat and humidity levels were unable to be maintained.

Then, there are worries about cyberattacks in which an outsider might try to take over Crozier’s computer system, demanding a ransom or hacking into clients’ personal information. “That would be devastating and lead to a loss of credibility for us,” he said. Among the protections that Crozier purchases is cyber security insurance, often referred to in the industry as “social engineering” coverage, and it purchases terrorism insurance as well.

As opposed to maintaining the generators, updating the computer security systems and establishing what to do if someone tries to break in, terrorism is more difficult to plan for, because, as Hornby put it, “you don’t know what it might be.” And its somewhat nebulous, albeit frightening, definition might be causing many to be unsure of whether they need to protect their collection against such scenarios or not, though the very existence of terrorism insurance for art has perhaps led some to believe they should.

When Is Terrorism Insurance Needed?

Almost 17 years ago, people had a very straightforward idea of what terrorism consisted of, and it involved enormous destruction of property and loss of life. The insurance industry suffered losses of approximately $44 billion in the September 11, 2001 attacks on the World Trade Center. These days, one is more apt to think of terrorism in terms of a single person wreaking havoc on a small area. The instances that terrorism insurance provides protection against can be somewhat foggy for a collector, business owner or institutional director assessing whether it’s necessary.

“Whenever I negotiate a loan agreement of an object to a museum in another country for a client, I insist on terrorism insurance, and I do get it,” said New York art lawyer Ralph Lerner. “Either I get it, or they don’t get the art.”

Negotiations for loans to U.S. museums, however, is another matter, he said. “Museums here don’t want to offer terrorism coverage to lenders, and clients seem to be flexible about that, especially if they want their items in a show.”

But that doesn’t meant the lender’s artwork is unprotected. The fine art insurance policies that most private collectors carry include most ordinary risks, such as theft and damage. Exclusions include wear-and-tear, the cost of any restoration, war and the effects of a nuclear detonation, but terrorism coverage is automatically included in these plans up to $10 million. For collections valued over $10 million, policyholders would need to purchase additional coverage, which can add between two-and-a-half and seven-and-a-half percent (and sometimes as much as 10 percent) additional to the overall premiums they pay, depending upon where the artwork is located. (You guessed it: New York’s Upper East Side is more expensive than anywhere in Des Plaines, Illinois.)

It can be “very expensive,” said art lawyer Susan Duke Biederman. Firmly in the “buy-it” camp, she recommended that collectors “try to insure to the maximum current value possible,” because “nothing is 100 percent secure in these times.”

As opposed to residential fine art policies, terrorism coverage is not automatically part of commercial property insurance. That means museums and commercial art galleries need to purchase protection for this potentiality separately. Collectors considering the loan of their artwork to a museum or the consignment of pieces to art galleries might feel safer if the institution has terrorism coverage. In this scenario, however, collectors are normally “more concerned about theft or something damaged in transit,” according to Gaile Sweeney, insurance underwriter for Flather & Perkins, a Washington, D.C.-based art brokerage agency.

New York art lawyer Peter R. Stern noted that the existence of terrorism insurance coverage for art has “not come really up with my clients, except in one type of situation.” That involves an “owner consigning or lending a work to a gallery and insisting that the work be covered against all risks and/or that the gallery be liable against all risks and the gallery having a policy with exclusions.”

Why All Insurers Offer Terrorism Coverage

Terrorism riders are not mandatory on commercial policies but, as of 2002, insurance companies must offer this coverage. The federal Terrorism Risk Insurance Act, a post-September 11 measure that promises federal government assistance to the insurance industry in the event of a catastrophe exceeding $100 billion, requires that any insurer offering a commercial property policy must also provide the prospective policyholder with an option to purchase terrorism coverage. That policyholder is not required by law or by the insurer to buy it, though.

But the art industry’s split might just mirror conversations being had about terrorism insurance in general across the county. According to a “2018 Terrorism Risk Insurance Report” published earlier this year by the national insurance brokerage firm Marsh & McLennan, 62 percent of all U.S. companies purchased terrorism coverage as part of their property policies in 2017. The northeast, with its high-value terrorist target cities of Boston, New York, Philadelphia and Washington, D.C., had a higher rate of this coverage, 73 percent, with the south coming in at 58 percent, the Midwest at 59 percent and the west at 54 percent. The northeast also had the highest premiums in the country, $30 per million dollars in coverage, compared to $18 in the Midwest, $20 in the west and $25 in the south. The report noted that while threats against major cities remain, “many recent attacks have come against soft targets and been perpetrated by ‘lone wolves’ and small groups with no direct connection to known terrorist organizations.”

Some galleries have terrorism policies, while others do not. “I do not have one account with an art gallery that does not have terrorism insurance,” Gaile Sweeney said. “To me, it’s not optional. I tell them, the pessimist that I am, that they need it, and it is part of the premium. Period.”

However, for Roland Augustine, owner of New York’s Luhring Augustine art gallery and a former president of the Art Dealers Association of America, terrorism insurance coverage is optional. “We have never elected to carry it,” adding that he has never known any collectors who have asked if the gallery has such coverage. The gallery also does not carry insurance covering cybercrime (“it’s pricey”), employment practices liability or coverage in the event of a kidnapping and ransom situation. “You can buy insurance for everything,” but it all adds up in a market that is already quite competitive and expensive to operate in.

Saving money by not purchasing terrorism insurance may only seem pound-foolish if there is a major event, and Patrick Drummond, director of underwriting at AXA Art Insurance, noted that there hasn’t been a terrorist-related art claim since 9-11. “Time takes away the sense of urgency,” he said. 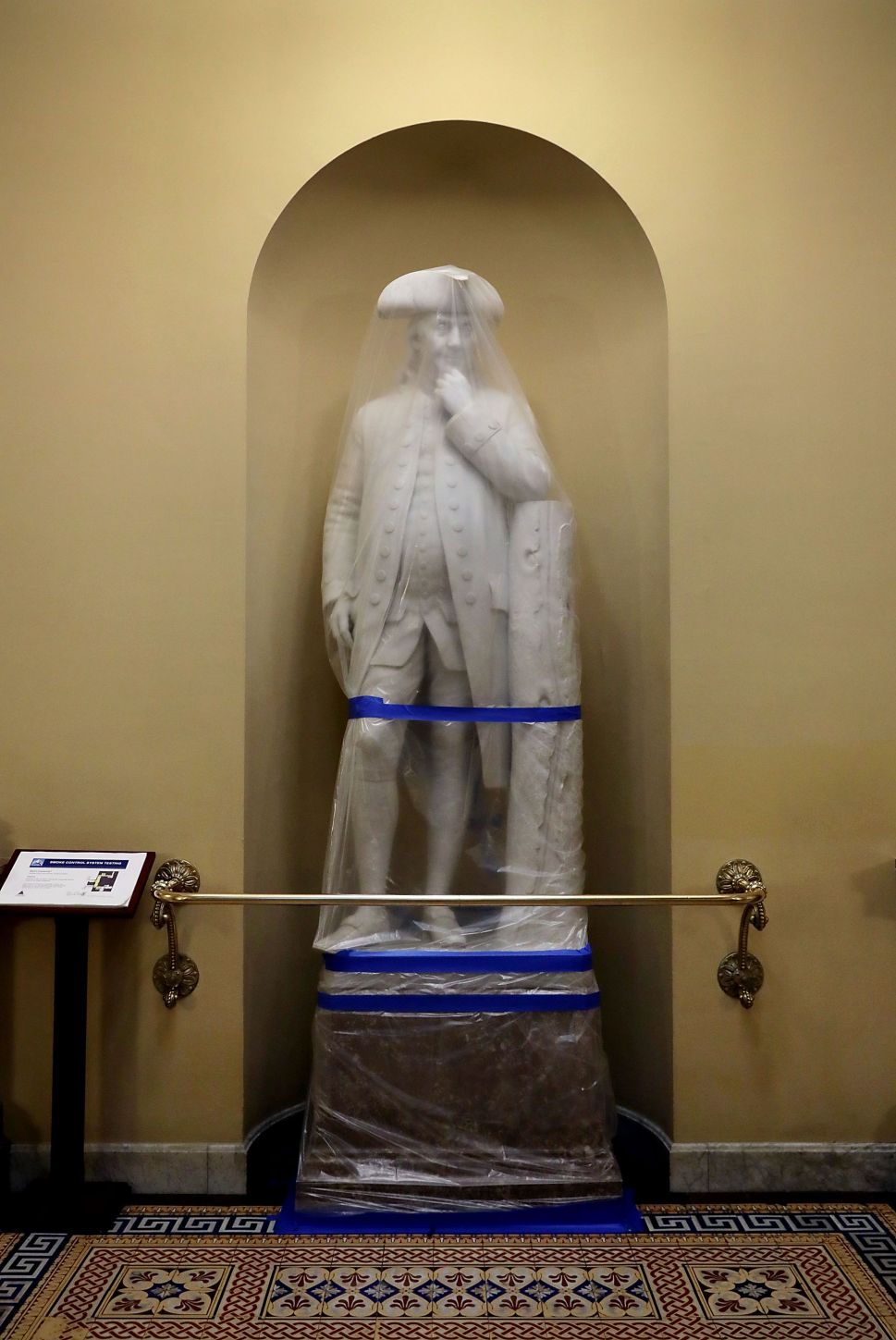