Over the weekend, Sir Patrick Stewart revealed that he’ll return to the beloved role of Capt. Jean-Luc Picard in a new Star Trek series for CBS All Access. The show will tell the story of the next chapter of Picard’s life, suggesting that it’s a continuation and not necessarily a prequel or reboot.

However you want to classify it, it’s clear that the small screen has flipped the channel back to the past in order to carve out its future. Stewart’s new Star Trek series is one of many reboots, revivals and returns that populate the airwaves—from ABC’s The Conners and NBC’s Will & Grace to The CW’s new upcoming Charmed reboot and Joss Whedon’s planned inclusive version of Buffy the Vampire Slayer. It doesn’t matter if you’re a new-age digital streamer or a mainstay of broadcast television, there are upwards of 100 total new series in the works across all of TV that rely on older material.

Some of these efforts are more effective than others—no one asked for a Breaking Bad prequel spinoff or a series inspired by the Coen Brothers’ Fargo, yet both are some of the best shows TV has to offer. So what’s the secret to making a reboot, revival, prequel or sequel actually work on the small screen?

Let’s run through some dos and don’ts.

The easiest way to get a project greenlit is by connecting it to a beloved piece of IP. It may not be fair, but it’s the reality of the television marketplace as streamers and networks want to minimize risk by sinking resources into a show with a pre-existing fan base. But that doesn’t mean the creatives need to bow down to what came before.

Too often networks feel as if the familiar trappings and name recognition of a throwback are enough to coast on. CBS’ Training Day series was set 15 years after the events of the 2001 film of the same name, and yet it essentially recycled the entire plot of a green officer thrust into the morally ambiguous underbelly of law enforcement. It was cancelled after just one season (though Bill Paxton’s untimely passing played a role) and universally negative reviews.

Audiences want something that adopts the same tone and vibe of the original, but introduces a few new wrinkles. FX’s Fargo very much feels as if it exists in the Coen Brothers universe; from the dry humor splashed with horrific violence and tales of average citizens submerged in a criminal world they do not understand, it fits with the running themes and motifs of their work. It shares the same visual language. But season one is not a shot-for-shot remake of the classic 1996 movie, while seasons two and three go even further to separate themselves from the film. There are clever nods and winks, sure, but Fargo the TV show very much stands on its own.

Creators should absolutely borrow elements from the source material that work, but they should also change up the formula enough that fans feel as if they are building on the legacy of the original and not just co-opting it for ratings.

Popularity of the original can bode well for interest in a new version, but more should go into the equation than just that. Television tastes aren’t binary.

I don’t care that CBS’ MacGyver is set to debut its third season next month—that show is an albatross to creative thinking. From the wooden acting and clunky dialogue to the unoriginal conceits and sanitized delivery, MacGyver feels like a formulaic relic in comparison to the advancements made in the medium during the Peak TV era. Some concepts, such as a Do-It-Yourself master spy who throws together life-saving contraptions on the fly, just don’t translate well to modern storytelling.

Audiences have developed alongside television over the last 20 years; they can handle much more. That is why some titles that may not have been as embraced by the mainstream during their original air dates are prime for repackaging.

Twin Peaks: The Return kicked off endless debates about the nature of television; Ash vs Evil Dead enjoyed a three-season sequel to the original movie trilogy from the wonderfully weird mind of Sam Raimi (Spider-Man trilogy); Battlestar Galactica transformed from a one-and-done cheesy disappointment in the late 1970s to one of this century’s very best series.

Sometimes, the more unexpected choices can reap the greatest returns as there’s more room for risk-taking and innovation. Rushing out and just grabbing any old piece of IP that drew a crowd way back when is not an advisable strategy.

Do Recruit the Best People You Can

This one is pretty obvious and it’s not as if streamers and networks are actively avoiding top-tier talent. But if you can add that little extra oomph by attracting a big and exciting name in some capacity, you should go for it.

The Twilight Zone is one of the greatest and most influential small screen endeavors in history, and yet it’s been more or less replaced today by Black Mirror, its spiritual successor. So when it was announced that CBS All Access was weighing a reboot of the series—perhaps to compete with Apple’s expensive resurrection of Steven Spielberg’s Amazing Stories?—I wasn’t all that enthused. But when it was reported that Get Out writer/director Jordan Peele might be involved as a producer, the project was cast in a new light. Peele’s focus on self-named social thrillers is just the sort of point of view that mainstream entertainment needs right now, and it also just so happens to fit well with the Twilight Zone brand.

Coming off the blistering and unexpected success of Get Out, Peele is a hot name in the industry right now and his involvement in a potential Twilight Zone return is exciting from a ground-level perspective. It’s the type of move that generates buzz and instills a bit of audience confidence long before the show has even aired.

Don’t Take a Flier on a Flimsy Premise

Remember when NBC thought it would be a great idea to develop a prequel series to Liam Neeson’s Taken? That idea missed the entire point of the Old Man Action Movie—part of the sub-genre’s appeal is its ridiculousness. Taking up with a younger version of the character and stretching it out over the course of an entire TV show that takes itself way too seriously sucks all the fun out of the idea.

There needs to be a foundation in place from which creators can build when making this type of move. That’s why the new Stewart-led Star Trek series works on paper. Jean-Luc Picard is a shining example of leadership, more so than James Kirk ever was. He is compassionate and wise, someone who upholds the ideals of the Federation, which in turn is what humanity today aspires to be. He is both confident and humble, secure in his expertise but always willing to take advice and learn from a mistake. His return couldn’t be more relevant as he represents a polar opposite of our current historical moment.

What happens to a great leader when he’s no longer in command is far more interesting than how Liam Neeson’s character first became a badass with a particular set of skills. 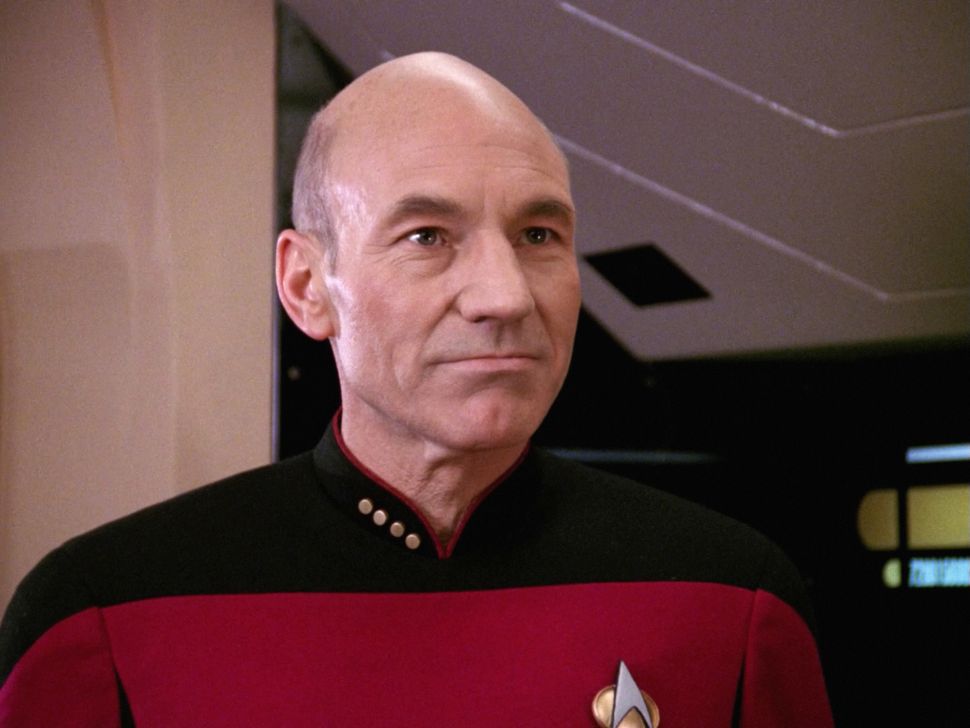