It isn’t often in Hollywood that an actress lands her star-making roles after more than three decades in the business, but that is where Ann Dowd finds herself. The Emmy-winning actress has been performing steadily for years, popping up in films like Philadelphia, Garden State, Marley & Me, and Side Effects. She’s worked with Natalie Portman, Meryl Streep and Tom Hanks, and been directed by Jonathan Demme and Steven Soderbergh. Yet it wasn’t until recently that audiences really learned her name.

Dowd has turned her supporting turns on HBO’s The Leftovers and Hulu’s The Handmaid’s Tale into mesmerizingly memorable television. In each series, she plays a sharply intelligent, fiercely devoted woman with a dark side. In real life, she is also a sharply intelligent, fiercely devoted woman, but her warm laugh assuages any concerns that she resembles her characters in any other way.

This difference allows Dowd to bring these characters to life. The give-and-take process of her craft has ultimately led Dowd to declare that she “loves” the complex and frightening Aunt Lydia, her Handmaid’s Tale alter ego. How did she reach that point? We dove into that and much more.

What drew you to acting? Didn’t you consider a medical education at one point?

I did four years of pre-med. I was not raised with an education that said “follow your heart.” My parents thought of acting as a wonderful hobby, but they thought that my serious life would be something else. When you lose a parent early—my father died when I was 18, and many lose parents sooner—it is an eye-opening experience that makes you look at things differently. And I had a few influences that said, “You can do this if you want to.” It was very subtle, but over time I had a strong feeling: I understand this and love this, and this is what I want to do.

I’ve heard from actors that it can be limiting to judge their characters because it prevents any connection that might develop between the two. So for Aunt Lydia, do you look to the good inside her so you can paint a more 360-degree picture?

Yes, and it all begins with the writing. Fortunately, the writers have provided those moments to allow for her complexity to surface. Like any relationship, if you judge the other person, the relationship stops in terms of growth and understanding. It all depends how you view the characters. It’s a love story of sorts, in my opinion: “Let me tell you about me, and you tell me about you.”

I love Lydia—I have no trouble wanting to jump into her because I find her fascinating and complicated. As flawed as her point of view might be, she’s a purist. She’s not looking for the comforts that come with Gilead. The world as God gave it to us may have been destroyed. Showrunner Bruce Miller mentioned to me once that she may have been a teacher before. You can imagine her as a teacher watching teenagers use profanity as the country ruined the land and as very few babies were being born. You can see how she may have accepted the notion of doing something extreme here. But what she didn’t sign up for is the level of opulence and extravagance that accompany the commanders and their wives. She’s not looking for power and wealth.

What do you think Aunt Lydia’s backstory is? All she seems to have in this world is her devotion to the handmaids.

I think a lot about constitution—what we’re made of by virtue of whatever personality we’ve been given. Anyone who lives and commits to a world with such narrow views? Someone must have had to shut many a door for that to thrive when there is so much evidence to the contrary. What happened with Lydia? When the doors close so abruptly, and we’re cut off from that God-given ability to choose for ourselves what is right and wrong, what happens? When we come into this world, we have a set of values intrinsically. The idea that you can think for yourself and what you believe in has to be fostered.

She could have been one of those experimental kids who at 13 enjoyed sex, got caught and was shamed. What if she had a child and it was taken from her and she got on her hands and knees and asked for a second chance? Was she a solitary kid? Was she raised by older parents who died when she was young? Was she sent to a convent? I wonder. It is the accumulation of things that produced this individual who commits evil but who also has tremendous strength. She has the ability to commit fully without hesitation.

It feels very much like Gilead was born out of fear—that people were so afraid that they become more open to sacrificing freedoms in exchange for security. How do you think that parallels the real world?

Well, when Gilead begins, the world is in peril. The birth rate is dropping so significantly. There are areas of pollution so intense that people can’t go there. There’s an outrage people feel at the treatment of this world. Those who were religious and led a religious life and had a strong belief in God blame it on a disrespect for God.

What I see in the world today—there’s just so much corruption around all of it. To be perfectly honest, I try to stay away from it and like to focus on the work and keep it there. Not that I turn a blind eye to what’s happening—we’re in a very bad way—but I don’t think the writers’ intent was to mirror what’s happening. I think it was to get people to think for themselves and notice that the small steps are the ones that count. They want you to stay alert to small shifts, and with Trump there’s nothing small about it. It’s about the outrage people feel. There was a line last season that was so disturbing. June says, “By the time we put our phones down, it was too late.” It’s so easy to escape what is right in front of us, so easy to distract ourselves.

What do you think The Handmaid’s Tale says about religion?

That’s not to say the church’s teachings are wrong. My mother and my sisters and many others have found tremendous comfort in the Catholic Church. I think the problem comes when judgment steps in and you feel you have the right over others. That’s where you go wrong—in the judgment of others.

Will Aunt Lydia return in season three, or did she die after getting attacked by Emily?

I did get word that she lives. She does return. But I have no idea what happens to her.

You’re an Emmy winner now for The Handmaid’s Tale. Why do you think The Leftovers never received the awards consideration many believed it deserved?

I’ve thought about this, and the only thing I could come up with is that [showrunners] [Damon] Lindelof and [Tom] Perrotta were asking people to do something difficult, and that was sit with grief and loss in a way that would be uncomfortable for a while. But if you just stay with it, that journey will lead you to worlds that are not linear. Grief and loss are not a linear process. They are not step one, step two, step three. I think it’s difficult to go there. At the end of the day, the show comes at you very straightforwardly about grief. [My character] Patty Levin haunts me to this day, but I don’t dwell because we all move on. I didn’t really know what was happening at the time, but it’s a great gift. The show was a place where people might hesitate to go, but for those that can embrace that, it’s a wonderful thing.

What is one thing about yourself that your fans would be surprised to learn? 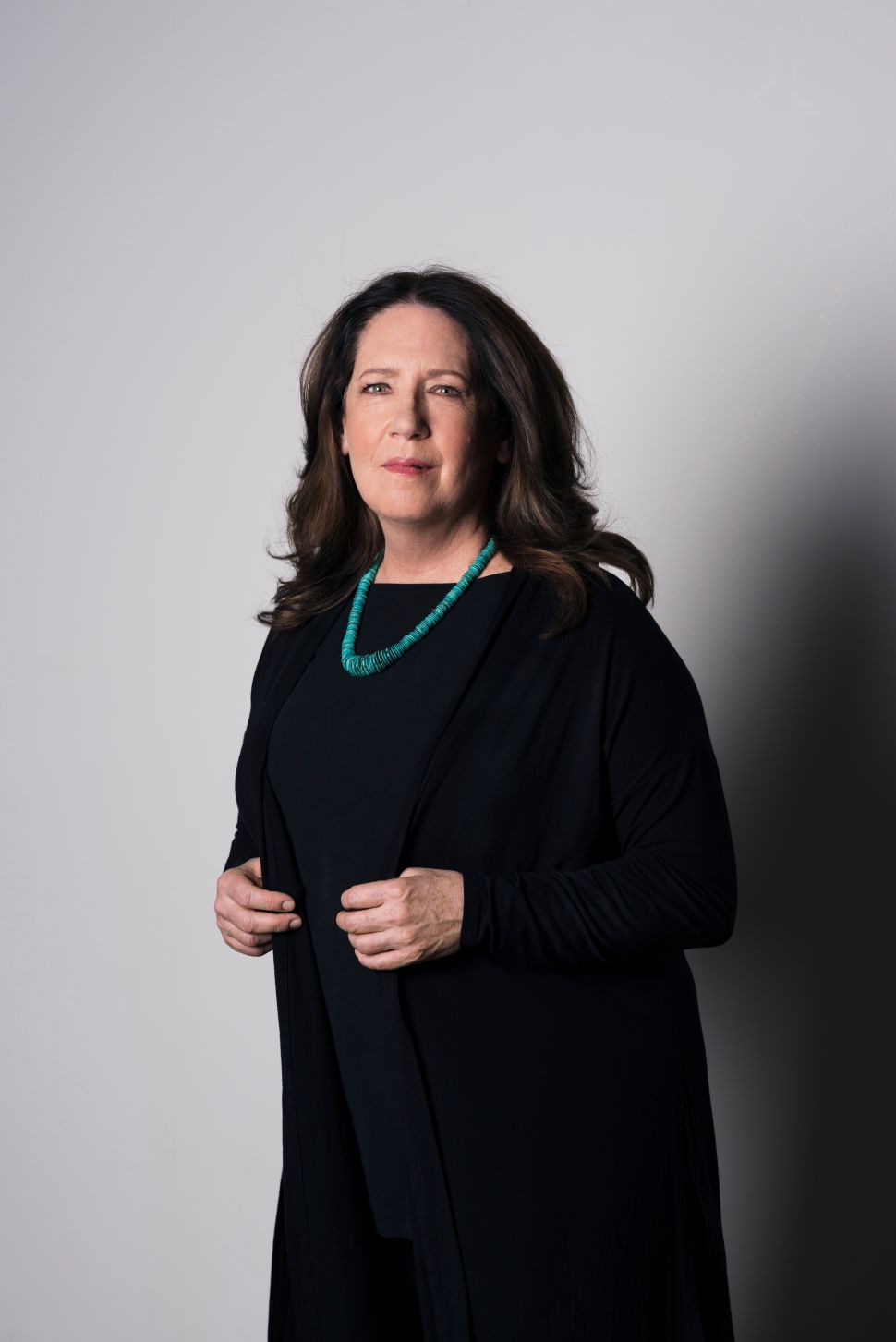