Members of the media joined the rest of the country this weekend in mourning Senator John McCain. But his death hit home at ABC in particular.

The senator’s daughter Meghan has been a co-host of the network’s hit talk show The View since last year. The conservative has often tangled with her more liberal colleagues, but they were also among the first to offer condolences after her father’s death.

There are tributes to the maverick senator planned in three states this week. His body will lie in state at both the Arizona and U.S. capitals. There will be a funeral at the National Cathedral on Saturday and a private burial at the Naval Academy in Annapolis on Sunday.

Season 22 of The View is set to premiere just two days later, and an ABC spokesperson confirmed to Observer that the new episodes will not be postponed.

But it’s still an open question whether the younger McCain will be on the panel for the season premiere.

“We are taking our cues from Meghan, and her View family is ready to welcome her home as soon as she is ready,” an ABC spokesperson told Observer.

Even if McCain takes time off, however, it looks like Whoopi Goldberg, Joy Behar and Sunny Hostin will still have a conservative sparring partner.

It’s been rumored for several weeks that former Fox News host Abby Huntsman would be joining The View team in order to add another right-leaning voice to the mix. And today those rumors gained even more traction.

“Abby has lots of fans at ABC and is expected to land here,” the spokesperson said.

It’s not clear when an official announcement will be made about Hunstman, but it would almost certainly come before next Tuesday’s season premiere.

So while ABC is giving one co-host time to mourn her father, they’ll be introducing another with suspenseful pomp and circumstance.

That seems like a pretty unseemly contradiction to us. But maybe we just need to take a little time to enjoy the view. 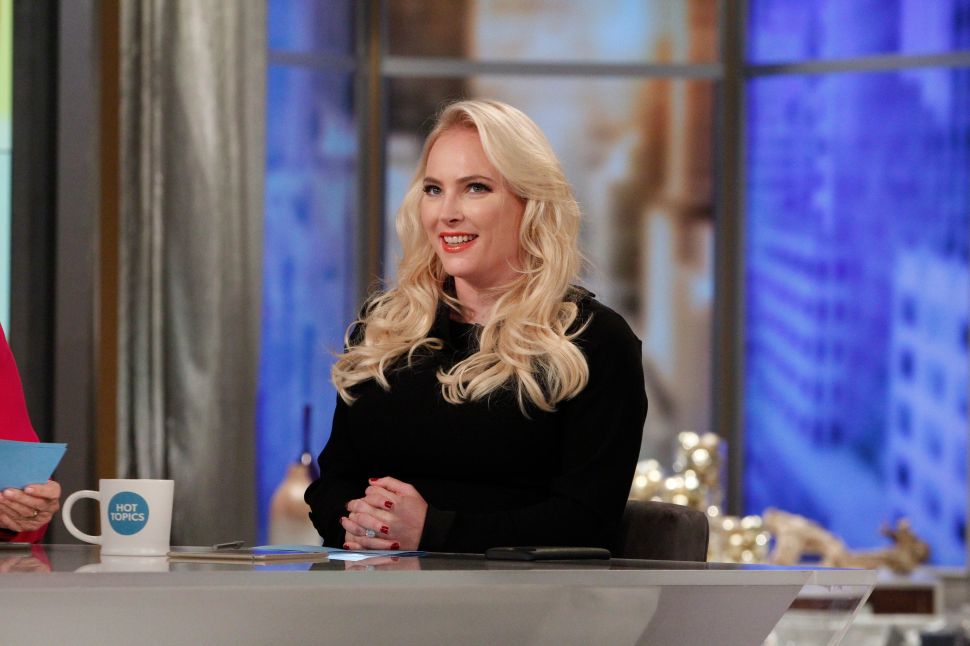