There are few things as intangible and fluid as celebrity, a concept the fickle public agrees on until it doesn’t. That the film industry is built upon and upheld by the idea of celebrity is a doozy. In-demand stars use their popularity to push their careers forward, establishing mainstream appeal and acceptance and a track record of bankability, and then they are suddenly elevated to Movie Star status. It’s a tenuous position that is carefully earned but can so easily be lost.

Which brings us to Tom Cruise and Tropic Thunder.

The Ben Stiller–directed comedy, which was released 10 years ago today, was a $92 million movie bankrolled by Paramount/DreamWorks. While the film didn’t exactly redefine the genre like Animal House or speak to a generation like Superbad, it did serve a very important purpose: it cemented Cruise’s comeback.

After a disastrous streak of bad PR in the mid-2000s, a rebound for the actor seemed like an impossible mission indeed, yet this small supporting role helped redeem him. When the film hit theaters, Cruise’s character, Les Grossman, emerged as a scene-stealing, vulgar burst of rage; his behavior might have echoed Cruise’s own internal fury directed at a Hollywood system that had raised him up and then torn him down. The performance had former naysayers back on his side. However, a decade later, the part carries with it a whiff of irony—Tropic Thunder was both a lifeline for Cruise and his brand and a project that he would never touch today.

It’s fascinating that Cruise was back in good graces after Tropic Thunder, an occasionally hilarious movie that veers, if not leaps, into offensive territory. In a spoof of method actors like Russell Crowe, Robert Downey Jr. plays an overly serious and committed Australian Oscar winner who undergoes a controversial procedure in order to play an African-American sergeant in the film’s war movie within a movie. It was basically a roundabout way of putting blackface in a major studio comedy. It’s problematic on multiple levels, yet Downey Jr. still earned a Best Supporting Actor nomination at that year’s Academy Awards. (Then again, the Academy could never be accused of being “in touch.”)

Tropic Thunder is also misguided in its depiction of Southeast Asia and the mentally challenged, painting the former as a corrupt drug den of stereotypes and showing Stiller tackle the latter for cheap laughs. Watch it now, and the film is really just a mixed bag of crude humor hurled at those who’ve been historically mocked. Yes, it’s funny at times, but it lacks any empathy for its targets; it’s surprising we weren’t more turned off at the time.

Taking a risk like this today would threaten Cruise’s marketability. There’s a reason the actor has largely stepped away from the serious dramas and Oscar bait that helped define his career in the ’80s and ’90s. Over the past decade he’s leaned almost entirely on action blockbusters, the type of innocuous output that keeps him squarely in the multiplex. There’s nothing wrong with that—Mission: Impossible-Fallout is spectacular—but his choices are the Hollywood equivalent of coloring inside the lines.

So how and why did he choose to appear in something so out-there and potentially hazardous in 2008? Because around the time of Tropic Thunder, Cruise’s stock was trading lower than MoviePass’ is today.  There was his infamous couch jumping on Oprah in 2005, an early YouTube phenomenon and ancestor of the viral meme. As The Ringer‘s Kate Knibbs noted, “People hated it. More importantly, they loved to hate it. Most importantly, they loved to talk about hating it.” It was followed by a public feud with Brooke Shields in which he seemed to dismiss the notion of postpartum depression. Later, Cruise made some regrettable comments about the field of psychiatry. And on top of all this, he was becoming increasingly vocal about his controversial Scientology beliefs.

Suddenly, the world’s biggest, most likable movie star was a punchline. So what better way to escape the laughter than to amplify it on his own terms?

Cruise’s Les Grossman was largely absent from Tropic Thunder’s promotional materials. Instead, he popped up in the movie in a sort of double-take-inducing cameo. With his balding head, forest-thick chest hair and fat suit, he was nearly unrecognizable. It was the perfect disguise, one that hinted at some meta truths. As Les, he was no longer running from the sneers and the snickers—he was poking fun at himself, and offering a cathartic release for the masses. Look! Tom Cruise is in on the joke. How bad could he be? Just like that, the narrative began to shift back in his favor. Writer Sara Vilkomerson wrote at the time that Cruise gave “an astonishingly funny and surprising supporting performance.” Cruise’s reputation had been burnished; he was viewed as a lovable eccentric goofball.

However, Tropic Thunder wouldn’t pass muster today. Major studio comedies are struggling at the box office. Releases with beloved names like Ferrell and Fey attached to them can’t seem to gain much traction. With the rise of major superhero franchises, the mid-budget movie is being squeezed out of existence. If studios are afraid to touch them, a $92 million offbeat, irreverent comedy like Tropic Thunder would never get made today. The project would be the type of box-office high-wire act that doesn’t fit with a studio’s financial forecasts. Audiences have mostly tuned out big-screen comedies to indulge in the countless streaming TV comedies on offer. More important, its polarizing material wouldn’t fly in these racially charged times. But a decade ago, it was the exact kind of bizarre, only-in-Hollywood path to redemption Cruise needed to land back on top. Lucky for him, the thunder came when it did. 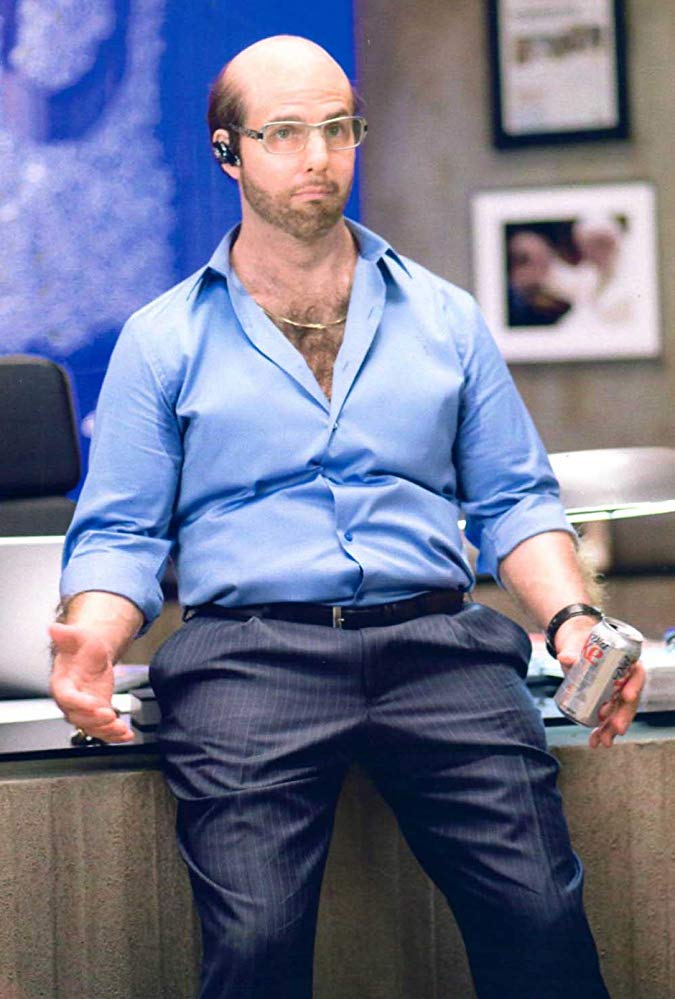