After a string of tweets lambasting Mueller, the president called the Russia probe “a terrible situation” and called on the attorney general to “stop this Rigged Witch Hunt right now.”

“Bob Mueller is totally conflicted, and his 17 Angry Democrats that are doing his dirty work are a disgrace to USA!” added Trump.

..This is a terrible situation and Attorney General Jeff Sessions should stop this Rigged Witch Hunt right now, before it continues to stain our country any further. Bob Mueller is totally conflicted, and his 17 Angry Democrats that are doing his dirty work are a disgrace to USA!

The remarks follow the first day of Paul Manafort’s trial as the president’s legal counsel develops new strategy for handling its rhetoric surrounding the investigation. On Monday, Manhattan mayor-turned-media pit bull Rudy Giuliani appeared on Fox & Friends to tell Americans, “Collusion is not a crime.”

Shortly after, Trump blasted the sentiment over Twitter, writing: “Collusion is not a crime, but that doesn’t matter because there was No Collusion (except by Crooked Hillary and the Democrats)!”

Sessions recused himself from the investigation in 2017, prompting Mueller’s appointment which reportedly infuriated Trump.

The New York Times reported last week that Mueller’s team is investigating the president’s tweets, including private messages with Sessions and whether or not they constitute obstruction of justice. 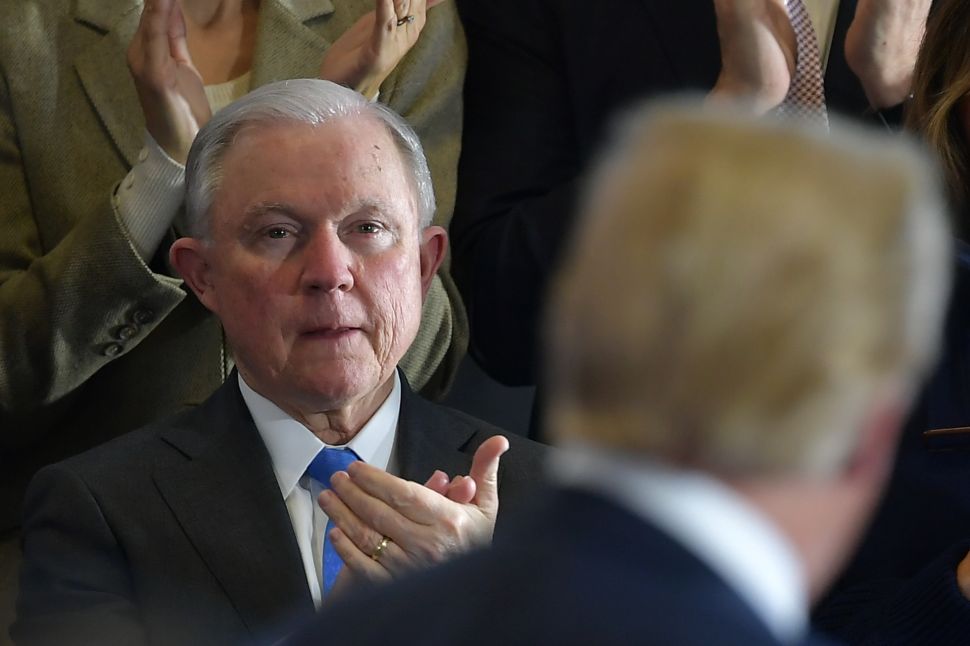