The White House’s plan for Hispanic media no está buena.

Most recently, director of media affairs for Latino and African-American news outlets Helen Aguirre Ferré abruptly left her post. The news was fittingly broken by Univision.

Born in Florida, Aguirre Ferré was a well-known bilingual media personality there before serving as Hispanic communications director for the Republican National Committee. Her father, a Nicaraguan exile, co-founded the Spanish newspaper Diario Las Américas.

Aguirre Ferré campaigned for Florida governor Jeb Bush (whose wife is Mexican) during the 2016 primary but opted to canvas for Trump during the general election. Please clap.

White House head of strategic communications Mercedes Schlapp said Aguirre Ferré would continue to work for the administration in some capacity.

“We greatly appreciate Helen’s work, service and dedication during her time in the White House,” Schlapp said.

That’s a lovely sentiment, but it’s not backed up by the facts. Fittingly for an administration that called immigrants “animals,” the 45th president’s outreach to Hispanic media has been downright abysmal.

Unlike Presidents Bush and Obama, the Trump White House doesn’t offer a Spanish version of its website. Aguirre Ferré said the team was focused on “providing important content in English pertaining to the initiatives and policies the Trump administration is undertaking.”

The White House does maintain a Spanish language Twitter account, but it’s rarely updated—and a poor resource for America’s largest minority group. Other countries like China, Russia and North Korea offer Spanish information on their websites.

Another prominent Hispanic Trump official, deputy assistant to the president and director of policy and interagency coordination Carlos Díaz-Rosillo, left the administration in June, He’s now a senior deputy chairman at the National Endowment for the Humanities.

Some speculated that these exits were tied to the Trump administration’s zero-tolerance immigration policy, which led to children being kept in cages.

But Aguirre Ferré (who last year was named one of The Hill’s “Latina Leaders to Watch”) actually endorsed Trump’s harsh tactics.

Aguirre Ferré is also one of 10 Trump administration officials (including Press Secretary Sarah Huckabee Sanders) accused of violating the federal Hatch Act, which prohibits federal employees from using their offices and resources for political purposes.

The watchdog group Citizens for Responsibility and Ethics in Washington (CREW) found that Aguirre Ferré had tweeted Trump’s campaign slogan “Make America Great Again,” and also used it as the the header image on her official Twitter account.

CREW construed this as an endorsement of Trump’s 2020 reelection campaign.

“These actions were directed toward the success or failure of Donald J. Trump, a candidate in a partisan race,” the group said.

The 60-year-old media veteran hasn’t commented on any of these issues, because she’s conveniently on vacation with her family at the moment. Some insiders think she’s headed to the National Endowment for the Arts. 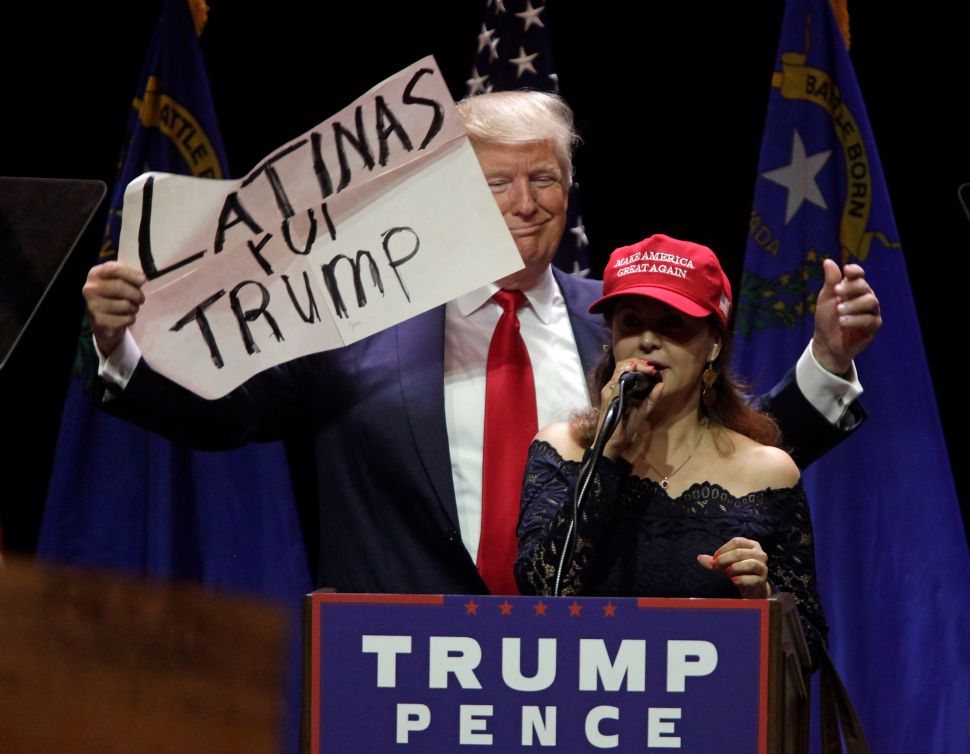