America’s international trade is not working according to President Trump’s plan. Despite the multiple rounds of tariff hikes that went into effect this year, the trade deficit between the U.S. and the rest of the world has widened month after month.

In July, the U.S. trade deficit of capital and consumer goods climbed to $72.2 billion; that’s 6.3 percent higher than June and the highest level since February, according to the Census Bureau’s preliminary figures released Tuesday morning.

The widened gap was a result of a $2.5 billion decline in exports and a $1.8 billion increase in imports in July.

The July decline in exports offers a first reading of how much the tariff hikes imposed by the U.S. and China on each other in June has affected trade volumes. On July 6, a 25 percent to 40 percent tariff took effect on $34 billion worth of American goods (on an annual basis) entering China. The tariffs were Beijing’s response to the Trump administration’s new tariffs on an equal amount of Chinese goods, which took effect on the same day.

Some on the Trump administration’s economics team see the widened trade deficit as merely temporary.

“One takeaway from today’s preliminary figures is that what President Trump, Larry Kudlow and other trade advisors have predicted is coming true: There is going to be a little bit of short-term pain, which will ultimately yield long-term gains.” Chris Garcia, a former deputy director at the Commerce Department under Trump and now CEO of Vicar Financial, told Observer.

Garcia added that most Americans are still supportive of Trump’s trade strategy as long as it leads to long-term, sustainable economic growth. He cited a recent Republican-skewed poll by Luntz Global Partners showing that 62 percent of Americans agree with the sentiment that the tariffs are worth the risk to get better trade deals.

“We are going to see more fluctuations like this until a resolution is found,” Garcia predicted. “I believe China is going to blink first. They are in a very difficult position right now, whereas we are in a very strong position. But the president will have to make some concessions to make sure that President Xi doesn’t lose face.”

There were other factors at play as well. According to Dow Jones’ MarketWatch, part of the declining exports should be attributed to a softened global economy in recent months, while a strong U.S. economy has been drawing imports.

On that argument, Garcia cautioned that more time and information are needed outside of the preliminary Census figures this morning (the full report will be released next week) for an accurate assessment of the U.S. economy, because major regulatory changes this year, such as the new tax bill, have fueled a growth in the stock market, but the tax bill’s full effect on GDP growth has not yet been realized. 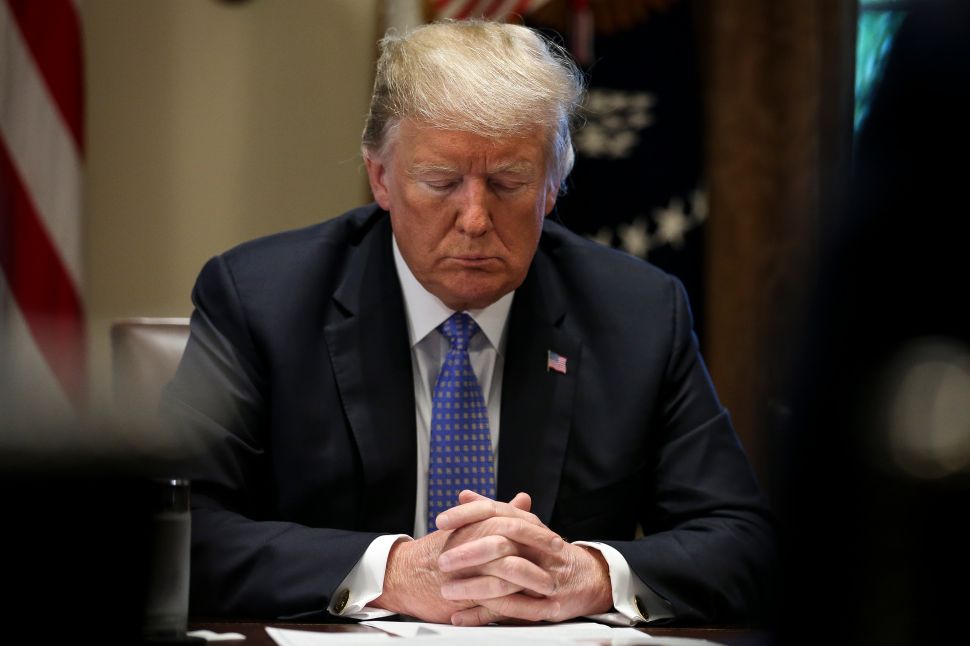