Venezuela’s hyperinflation has officially spiralled to a point where money is weighed instead of counted. As of Monday, a roll of toilet paper in the country cost 2.6 million bolivars (equivalent to 40 cents in America); that amount of paper money weighs five times as much as the toilet paper roll. The price tag for a one-kilogram bag of rice is at 2.4 million bolivars, 14 million for a five-pound chicken.

As the handful of hyperinflation cases in the history of economics would suggest, in situations like this, there isn’t much that a government can do to reverse the trend overnight. And yet, in a desperate attempt to save Venezuela’s economy from a total collapse, President Nicolas Maduro has turned to a creative yet extremely dangerous idea: cryptocurrency.

On Monday, Maduro’s government issued a new banknote called “sovereign bolivar” to replace the current bolivar. The new money has slashed five zeros off of the existing bolivar (so the toilet paper roll mentioned above would cost 26 sovereign bolivars, instead of 2.6 million) and is pegged to a state-run cryptocurrency called petro.

Petro is only six months old and was created out of Venezuela’s economic turmoil. In February of this year, the government issued petro as a means to raise cash to boost its domestic economy. Maduro has ensured his people that each petro token is backed by a barrel of Venezuela’s national petroleum. A total of 100 million petro tokens were expected to be issued, which would be worth around $6 billion.

The problem is, petro is not yet publicly traded like other cryptocurrencies or traditional government bonds. And it has already suffered an awful reputation in the crypto space.

ICOindex.com, a site which rates initial coin offerings (which is basically how the Venezuela government planned to raise money), currently labels petro as a “scam.” The ratings site was primarily concerned with the token’s white paper, saying the “technology and mechanism” behind the digital currency “are not adequately explained.“

Until the Venezuela government can explain how oil prices can effectively back petro, ICOindex considers the cryptocurrency’s value to be pegged to Venezuela’s existing bolivar, which essentially negates the meaning of the newly issued “sovereign bolivar.”

But, to say the least, the new banknote has five fewer zeros than the existing one. Is that going to help alleviate the pain of hyperinflation at all?

“The answer to that is bluntly no,” Steve Hanke, professor of applied economics at Johns Hopkins University and one of the world’s leading experts on hyperinflation, said on BBC TV on Tuesday.

“It’s a little analogous to going to one of those famed plastic surgeons to have a face lift. You come out. You look a little different, but nothing has really changed. That’s the case in this situation,” he explained.

According to Hanke’s calculation, as of today, Venezuela’s inflation has surged 65,500 percent on an annual basis. Although it’s the only hyperinflation in the world right now, it’s not the worst on record—yet. Hanke said Venezuela currently ranks 23rd among the 55 cases of hyperinflation in human history. Nevertheless, he warns that things could get a lot worse before it gets better.

“[The new sovereign bolivar] means they are in a death spiral,” Hanke said on BBC. “Things will get worse. How much worse? And how much longer will it last? No one knows. You can’t forecast the duration and course of hyperinflation. It’s totally impossible.” 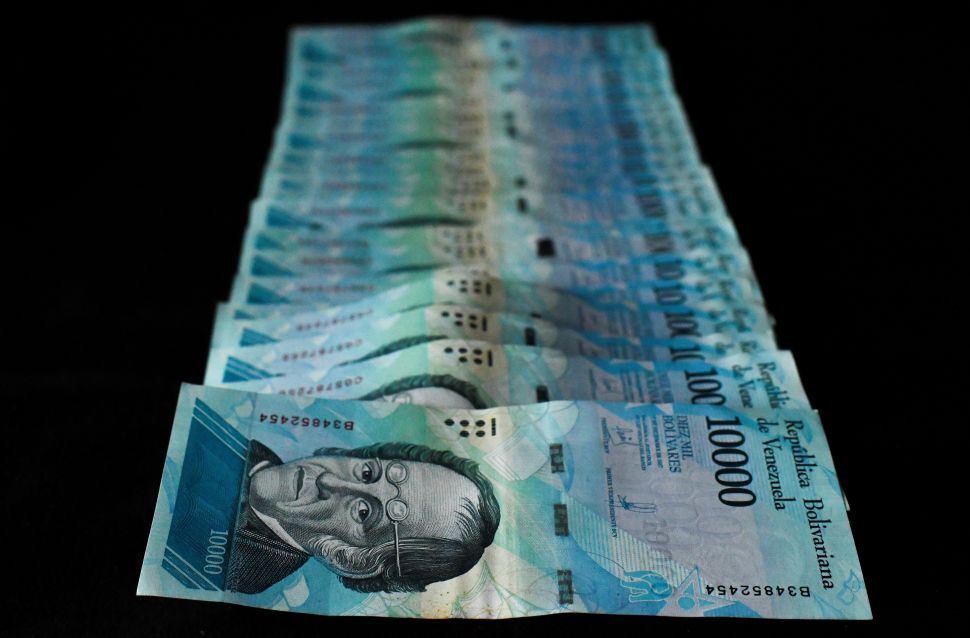