President Donald Trump is a horrible human being. That fact has already inspired a lot of art, and a lot of artists to speak out, which may explain why the State Department is over three months late in its usual announcement of who will represent the U.S. at the 2019 Venice Biennale. 25 of the 80-plus countries have already announced their representatives, and according to a report by Nate Freeman at Artsy, some are concerned the State Department will not choose an artist at all.

I’d rather have zero representation than see artist Justin Lieberman’s dream come true: realist/nationalist painter Jon McNaughton. McNaughton creates paintings in the style of the French Romantics and inspired by the narratives spun by the right-wing propaganda news station Fox News. Lieberman believes McNaughton is the most accurate representation of America right now, and has launched a change.org campaign to help promote this cynical point of view. So, far he’s collected 131 signatures.

I have a better idea. The State Department should select and fund conceptual artist Constant Dullaart (Dutch) and Thrive Capital Partner Chris Paik (American) to launch their 2017 Seven on Seven project at full-scale. This project involved hiring a firm to direct hundreds of thousands of paid commenters to help influence public opinion. If the government can’t figure out how to regulate companies sowing dissent, than they can pay an artist to figure out subvert these tools for the common good. An artist with the resources of a nation-state and a facebook army might just win the prize for Best Pavilion.

I can’t imagine a project more needed right now than Constant’s, but if the primary goal is as Lieberman suggests—to represent the United States—we might as well go all the way. My other suggestion, is to just throw in the towel when it comes to fighting experience art and turn the whole pavilion into a selfie chamber. Invite Meow Wolf. Invite the Museum of Ice Cream. Hell, invite Spa Castle. But don’t expect to enter the Pavilion without an additional charge at the door. There’s nothing more American than unbridled capitalism.

A couple other thoughts while we’re talking about the pavilion.

1: Jordan Wolfson would all but guarantee an installation of videos and animatronics as disturbing as anything Trump does, but the work may be little more depressing than most audiences need right now.

2: I’m glad I’ve seen no mention of Swiss artist Christoph Büchel in relation to any aspect of the biennial so far. His recent claim that the prototypes for Trump’s border wall should be protected as art was so misguided that I still experience waves of anger whenever I think about it. (He says they look like Stonehenge, but they’re monuments to grotesque xenophobic policies. See Carolina Miranda’s opinion at L.A. Times.)

3: Anicka Yi, who is known for producing tempura fried flowers and injecting live snails with oxytocin, and work using smell, food and science has to be my favorite non-political pick for the sheer creative force she’d bring to the U.S. pavilion. Nina Katchadourian runs a close second, with her “mended” spider webs and kits that invite viewers to dress up like the people in famous works of art.

4: While there’s hundreds of plausible guesses for which artist will represent the U.S at the biennial, once I thought of Hank Willis Thomas, I stopped thinking about anyone else. Willis Thomas is known for making photographs that use the language of advertising and social media to expose inequality, racism and stereotypes. In his show at Jack Shainman this past May, he produced a series of photographs picturing historic moments that are revealed only by shifting position or using a camera flash. Often this shift in viewpoint reveals the extent of the violence inflicted upon African-Americans.

It’s pretty dark stuff, but importantly, it reminds viewers of their own agency and lends the images a sense of hope. And that’s needed more than ever right now. As citizens it’s easy to feel like we have no power or control over the course of history. The work of Willis Thomas provides the potent reminder that seeing is power. 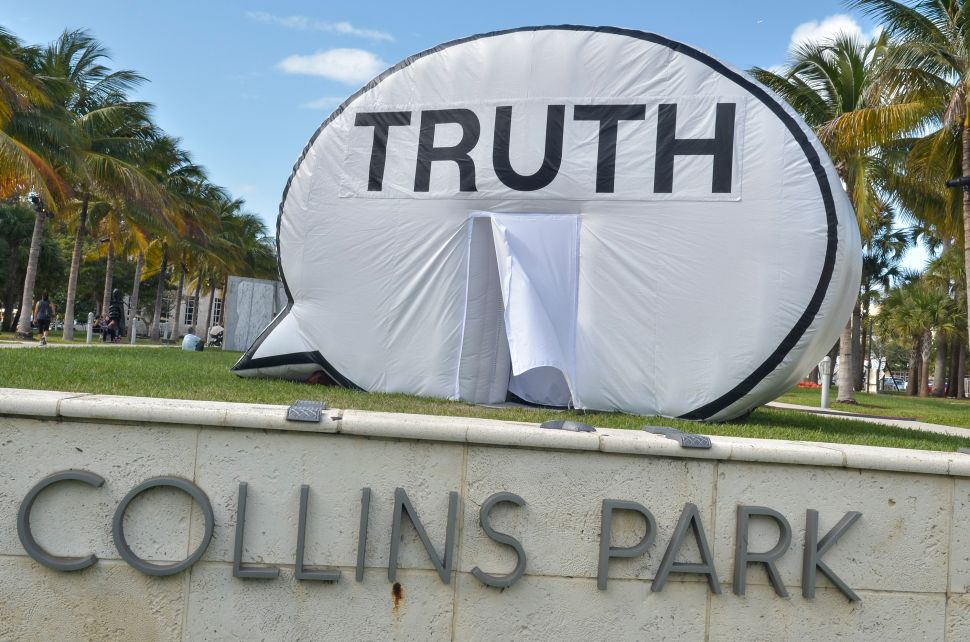