In recent years, the popularity of drones and drone photography has skyrocketed, and for obvious reason. Offering one of the only perspectives that we cannot experience naturally as humans, it’s hard to ignore the magic of aerial photographs. Despite the surge in drone use, creating images from a bird’s-eye view is nothing new. The first were taken in the mid-1800s by attaching a camera to a kite, triggering the shutter with a small, timed explosive charge. While aerial photographs proved an important tool for war starting with WWI, and then made themselves useful for cartographic purposes, they’ve also never lessened in demand for their somewhat simpler use: as objects that inspire awe. The best aerial shots do more than simply provide a different perspective, they widen our understanding of our surroundings. Which, arguably, takes a human hand to capture.

We spoke to two photographers who have made much of their work from the air—Getty photographers Mario Tama and Tom Pennington. Though their subjects differ—Pennington’s recent work documents the 2016 Ironman World Championships while Tama explores the ice of arctic landscapes—both have a lot to say about what it takes to create imagery from above it all.

What got you into aerial photography?

Tom Pennington: Now I’m part of Getty’s sport division, but the aerial aspect came into play [in my work] through news assignments. Usually after a natural disaster, a wildfire—things like that where areas are not as accessible by land or by boat—immediately you gravitate toward using either a fixed wing aircraft or a helicopter.

Are you happy that you ended up in the field?

Mario Tama: We are so blessed as photographers to be able to have this opportunity to not only view the world in an incredibly unique way, but to be able to use this tool that we have—our cameras—to document this and pass it on to folks around the world.

You are both photographers on the ground and in the air, what specific challenges does shooting from above create?

Pennington: One thing about aerial photography is that it takes an immense amount of planning and visualization about what you think you want to accomplish. Air time up in a helicopter is very expensive, so we don’t have the luxury of being up for hours at a time.

Tama: The biggest challenges for me, shooting in the Antarctic, are weather related. For this project, we were usually ready to head out every morning around 6 or 7, without knowing whether we would be able to fly or not.

What do you think it is about aerial photography that people love?

Pennington: For me personally, one of the magical aspects of it [is that] it provides a completely different perspective than you typically see the world from. As humans, we don’t have the natural ability to fly, and this offers a different perspective. The nature of the aesthetics combined [with that fact] is just so visually pleasing.

There’s a huge surge in drones and drone photography, what are the positives to shooting manually from the sky versus through a drone being controlled from the ground?

Pennington: The main difference between drone work and handheld aerial work is the lens selection that’s available. Drones, they open up a lot of areas to be photographed, but from a technical standpoint, when you fly and shoot handheld, you’re able to use a huge array of lenses.

What does the human perspective have that you can’t get from a drone?

Tama: There’s so much more situational awareness that you have when you’re up in a helicopter with the ability to cover a much wider distance. When we shoot from the air, we’re looking through the lens part of the time, but a lot of the time we’re putting the camera down, we’re looking around, we’re scanning the horizon with our eyes.

Do you think that technology will ever be able to replicate that?

Tama: I hope not. Technology is advancing so rapidly, but I’ve yet to see any kind of photographic device that allows the same kind of ability to scan a horizon the way we’re able to with our eyes.

Is the challenge of aerial photography worth the final result?

Tama: Every time I’ve personally conceived or come up with an idea for anything aerial, it’s always been exciting. and you feel you’re on the cusp of showing something to the world that hasn’t been seen before. In this day and age, everyone’s got smartphones everywhere…but this is a realm where we can still bring really incredible imagery to the world.

Pennington: I think it’s definitely worth the investment in time, in resources and in risk to fly. I’ve been very fortunate in that I have never said “that was a total bust—we got nothing out of it.” There’s always something unique and it’s always very well received, and I think that speaks volumes to the perspective that aerial photography provides. 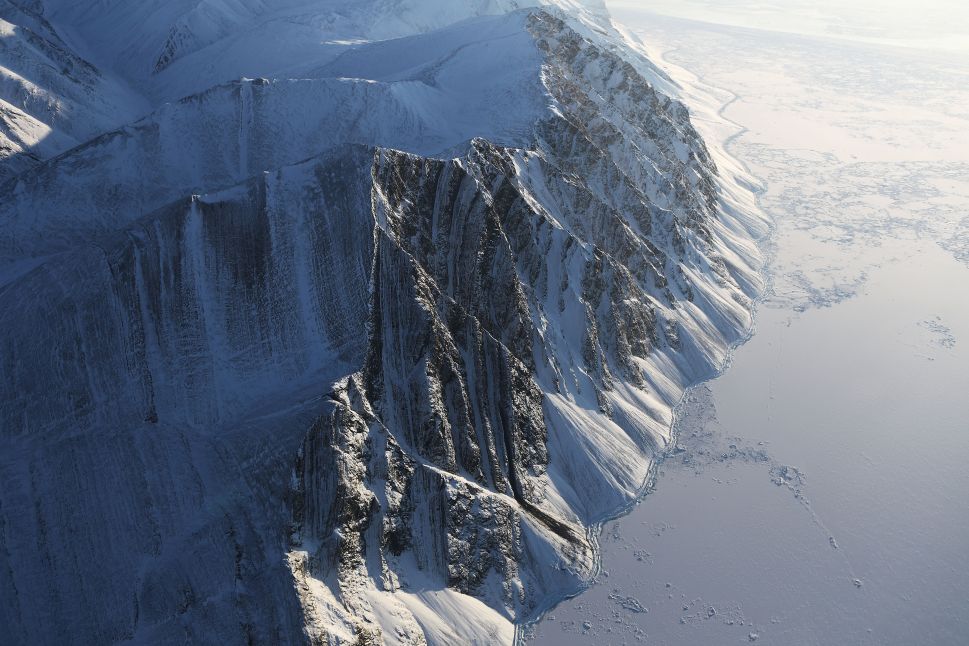