Nothing like tweeting fake Winston Churchill quotes to own the libs.

The only problem is that Churchill never said that. This quote is actually attributed to former Louisiana Senator Huey Long.

Abbott ended up deleting the tweet—but that didn’t stop the insults.

Am I doing it right? pic.twitter.com/ZqscuVz4zc

But Abbott isn’t the first person to believe an inspirational quote falsely attributed to a world leader. These fake aphorisms appear on the internet all the time, credited to people like the Founding Fathers and Abraham Lincoln.

Here are some of the most infamous examples.

The story of Washington and the cherry tree has become a part of American lore. He allegedly admitted to his father that he tore down the plant with a hatchet, saying “I cannot tell a lie.”

But ironically, this story was a lie propagated by Washington’s biographer Parson Weems. His 1800 tome The Life of Washington was filled with mythical, mostly false stories about the first president’s integrity.

Other famous quotes misattributed to Washington include: “It is impossible to rightly govern a nation without God and the Bible” and “We had quitters during the revolution too, we called them Kentuckians” (that one is actually from an episode of The Simpsons).

It’s become part of historical lore that Jefferson told King George III, “Dissent is the highest form of patriotism.” Except he didn’t.

The quote was first uttered much later, in a piece of antiwar propaganda from 1961. It became a rallying cry of the Vietnam War era, especially for New York Mayor John Lindsay.

Jefferson also never said: “All tyranny needs to gain a foothold is for people of good conscience to remain silent” (that was John Stuart Mill) or “Most bad government results from too much government” (said by early 20th century politician John Sharp Williams).

Every chatterbox has heard the phrase “Better to remain silent and be thought a fool than to speak and to remove all doubt.” This is often attributed to Lincoln, but it actually comes from a 1931 magazine article.

Lincoln also allegedly said that “Most people are about as happy as they make up their minds to be.” But if that seems folksy even by Lincoln standards, that’s because it was first written by Presbyterian minister Frank Crane.

The same goes for “It’s not the years in your life that count, it’s the life in your years.” Dr. Edward Stieglitz first said this in 1947, long after Lincoln’s death.

“When you reach the end of your rope, tie a knot in it and hang on.” It’s a fitting epitaph for FDR, who struggled with polio throughout his life.

The problem is (all together now) FDR never said this. Neither did his wife Eleanor, or Washington, Jefferson or Lincoln (it’s been attributed to all of them).

Actually, the quote first appeared in an unsigned Oklahoma newspaper editorial in 1920. Just goes to show the risk of anonymous sources.

Now Oliver isn’t a politician (though he routinely roasts them). But he’s also fallen prey to the internet quote machine thanks to a misattributed adage about gun control and airport security.

And because he has HBO money, Oliver can do something about it. He created a site called DefinitelyRealQuotes.com, which generates fake quote memes improperly attributed to historical figures.

It’s an entertaining way to waste some time, but also a good reminder to do a quick Google search before sharing that “wise” Facebook quote. There’s a reason the Founding Fathers didn’t use social media. 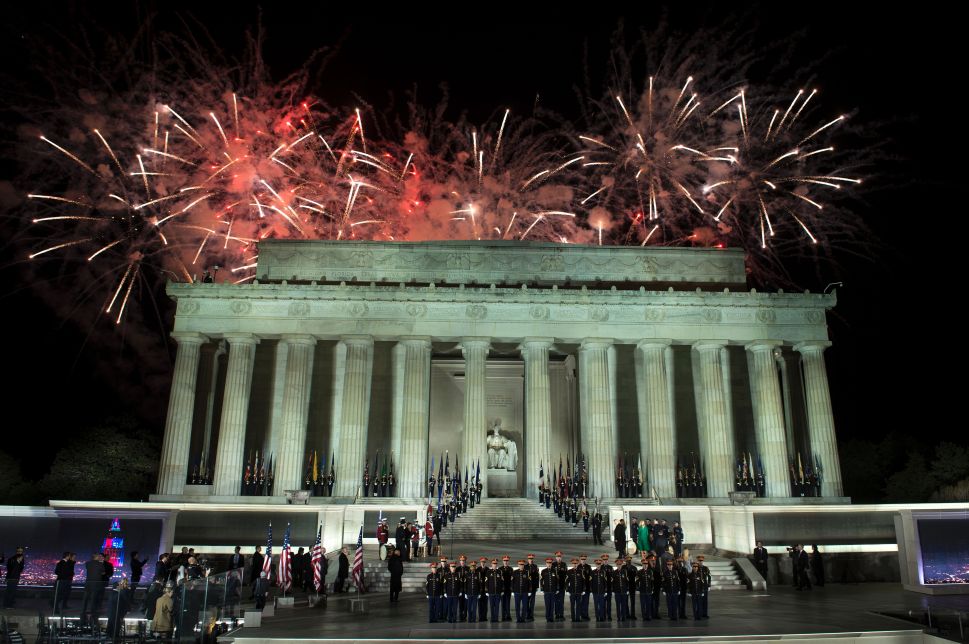