At one point late in the first season of Amazon Prime’s Forever, an eight-episode exploration of the agonies, ecstasies and mysteries of cohabitation and marriage, Kase (Catherine Keener) asks her friend June (Maya Rudolph) whether their new castle existence in the bubbly Oceanside community they’ve found themselves in has lived up to her expectations.

June says she’s thrilled by all the Gatsby-like parties and risky escapades, but you get the sense that she might grow restless. Maybe she misses her estranged husband, Oscar, played by Portlandia and Saturday Night Live veteran Fred Armisen, or maybe she just wants to be elsewhere. As with much of this new series, which is now streaming in its entirety, it’s hard to tell exactly what’s going on or what’s about to happen.

Initially, this ambiguity is rather appealing. June and Oscar are a couple who’ve been married for more than a decade, mostly happily so. They banter, play shuffleboard and go fishing together. But the ennui of long-term monotony is settling in: June is deeply bored—a pained expression seems permanently carved into Rudolph’s usually expressive face. For his part, Armisen tones down his usual slapstick-y effusiveness to generally good effect. He’s so dull here.

That’s the tricky thing with this show, which is often quite absorbing and occasionally hilarious (I loved June and Oscar’s obsession with Edie Falco). But much like how June is plagued with ennui, the narrative’s languor can weigh it down.

After June and Oscar both accidentally die—Oscar first (in a skiing accident), then June a year later (when she chokes on a macadamia nut)—they are reunited in a suburban purgatory, where they quickly return to the same old stifling routine that left June feeling so suffocated when she was alive (maybe that nut was a metaphor). Oscar cooks elaborate dinners he’s made countless times before; to shake things up, June gets really good at pottery and sets furniture on fire.

The repetition is maddening, but the people they meet in the afterlife make up for some of the doldrums. Particularly good is Noah Robbins as Mark, a disaffected skateboarder kid with a sensitive side who died as a teenager in the 1970s and who has been stuck in perpetual adolescence ever since. His “disco sucks” vibe and disgust for actual tenderness produce some of the series’ best laughs. In their state of limbo, Mark and Oscar are each other’s best friends, basically because the two extremely dissimilar men just need someone else to talk to.

But it’s Maya Rudolph who does the heavy lifting here, and the series is worth watching just to witness the broad range of emotions that pass over her like rainstorms. Even when Forever doubles back on its promise to take June and Oscar’s relationship somewhere it had never been before, June’s personal evolution feels genuine. Whether or not you think June ends up with the right person, you can tell she feels like she made the right decision, which is a satisfying kind of resolution in and of itself.

The entire first season of Forever is streaming now on Amazon Prime. 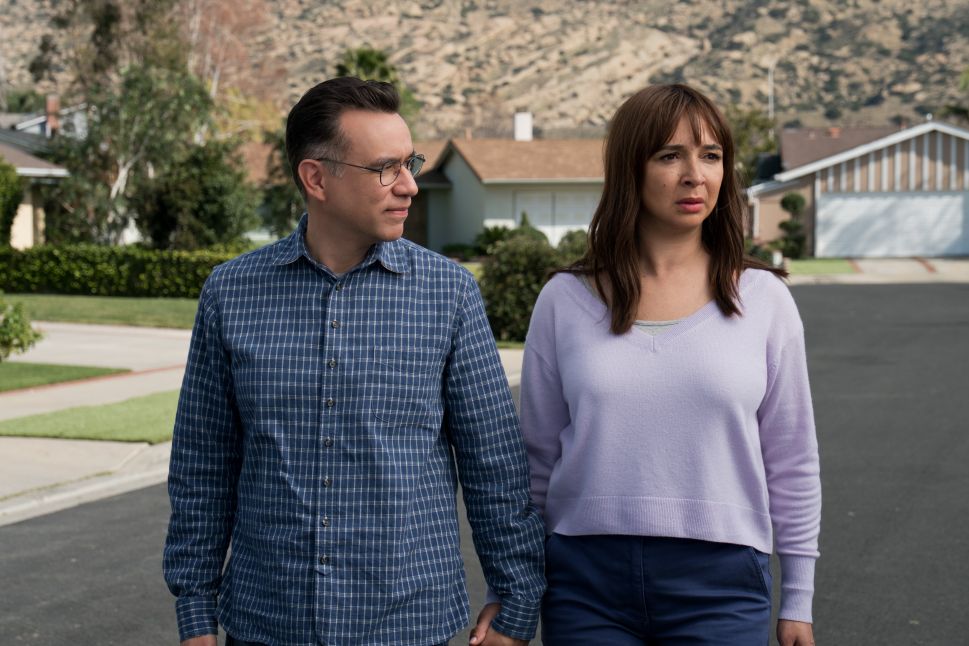