Sorry, Tim Cook—media Twitter had other things to worry about during the Apple keynote.

Apple unveiled its newest phones and watches at a press event today. But several news outlets used the keynote as cover to announce personnel changes.

Most notably, CBS fired 60 Minutes executive producer Jeff Fager on Wednesday after a series of sexual harassment allegations. The show’s executive editor Bill Owens will be in charge while the network searches for a replacement.

Fager’s exit comes just two days after CBS CEO Les Moonves stepped down over similar allegations. Ironically, according to CNN, Fager had also been out of the office the last two days.

Both Fager and Moonves were exposed by The New Yorker’s Ronan Farrow as part of his sexual harassment reporting. Farrow wrote that Fager would make drunken advances to female employees at company parties, commenting on their breasts and “becoming belligerent when (they) rebuffed him.” A former intern added that Fager had groped her at an office function. He also reportedly protected other male CBS employees accused of misconduct.

But Fager’s ouster actually wasn’t directly related to those allegations. He allegedly violated company policy by texting a CBS reporter and “demanding that she be fair in covering the story.”

“My language was harsh and, despite the fact that journalists receive harsh demands for fairness all the time, CBS did not like it,” Fager said in a statement. “One such note should not result in termination after 36 years, but it did.”

If CBS was hoping to bury Fager’s ouster during the Apple keynote, that plan failed: the fired exec’s name began trending immediately.

He texted the reporter covering HIM using "harsh language" and is surprised that was fireable, amid all the other shit going on???? https://t.co/jClhc2ZVl7

But while Fager’s exit got the most press, three other media outlets announced big changes during the Apple event as well.

Reporters speculated that this news dump may have been calculated.

so far jeff fager out at 60 min, and now tim Armstrong leaving oath

who else is dumpin news, Apple event more than halfway over…

It could be conspiracy or coincidence, but it’s clear that media news has a habit of breaking during Apple keynotes. Need some examples? During the last Apple presentation in March, Mark Zuckerberg confirmed that he would testify before Congress; a jury announced the final damages in the Hulk Hogan-Gawker trial during Apple’s promotional event in March 2016; and ironically, this isn’t the first time CBS upstaged an Apple keynote. The network announced the launch of its All Access streaming service concurrently with an Apple event in October 2014.

Whether their news is good or bad, it’s clear other companies love sticking it to Apple. 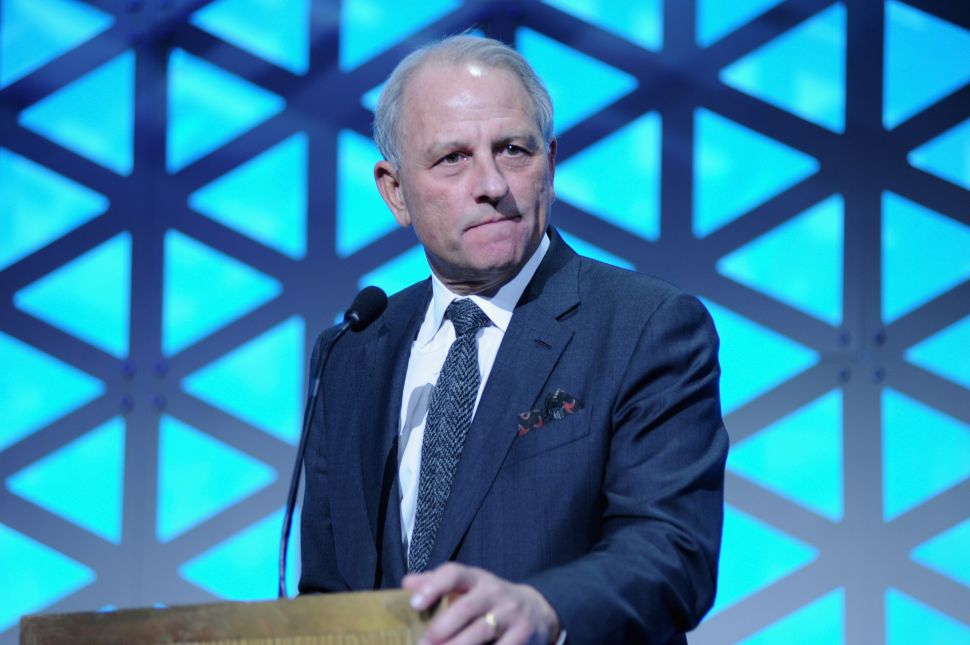