Ashton Kutcher seemed mildly annoyed at TechCrunch’s annual Disrupt conference when asked about how he spots the “next big thing” as an investor.

“If I knew what the next [big] thing is, I’d go build it tomorrow. But our job as investors isn’t to necessarily know what the next big thing is, but to be able to identify it when you see it,” the 40-year-old actor turned venture capitalist said on-stage at the Wednesday conference in San Francisco.

But his track record shows that Kutcher does have an eye for such things.

Setting up his first VC shop, Grade-A Investments, in 2010, Kutcher is an early investor in Uber and Airbnb. Over the terms of his ownership, both companies have grown to be the largest disrupters in their respective industries. In June this year, Kutcher, through his latest investment firm Sound Ventures, became an investor in another transportation startup—dockless scooter-sharing company Bird.

Naturally for transportation companies, regulation is the largest obstacle in their way of expansion. When Kutcher invested in Uber and Airbnb (around 2011), both companies were struggling to get regulatory approvals in their key markets, mostly large cities like New York and San Francisco. It took Uber years to convince regulators that ride-sharing deserves a place in already crowded cities, and Airbnb is pretty much still tacking this issue in many markets.

Now, Bird (as well as its peer scooter-sharing companies) faces a similar problem. And Kutcher is almost fed up.

“The Uber thing was very frustrating the whole way through. The Airbnb thing, regulatory-wise, has been incredibly frustrating. Bird, to me is the simplest one of them all,” he said. “Nobody wakes up in the morning, opens their front door, and goes, ‘God! Look how many cars there are. They are parked everywhere!'”

“They are fucking parked everywhere!” he exclaimed. “It’s ridiculous. They are clogging up the roads. They are making it impossible to get anywhere you want to go. But, boy! Did we open the door and go ‘man, there are scooters all over the place!'”

Kutcher’s city of residence, Los Angeles, for one, considered a bill to ban electric scooters next year in order to protect riders and pedestrians. San Francisco, Seattle and many other cities are mulling similar measures.

“This is just aversion to change, right?” Kutcher said. “But suddenly we go, ‘we gotta regulate the hell out of this,’ because people are complaining about scooters [being everywhere], but nobody is complaining about the fact that there are cars everywhere!”

Update: On Tuesday, September 4, the Los Angeles City Council passed a one-year rule to allow companies like Bird to deploy up to 10,500 electric scooters in the city. 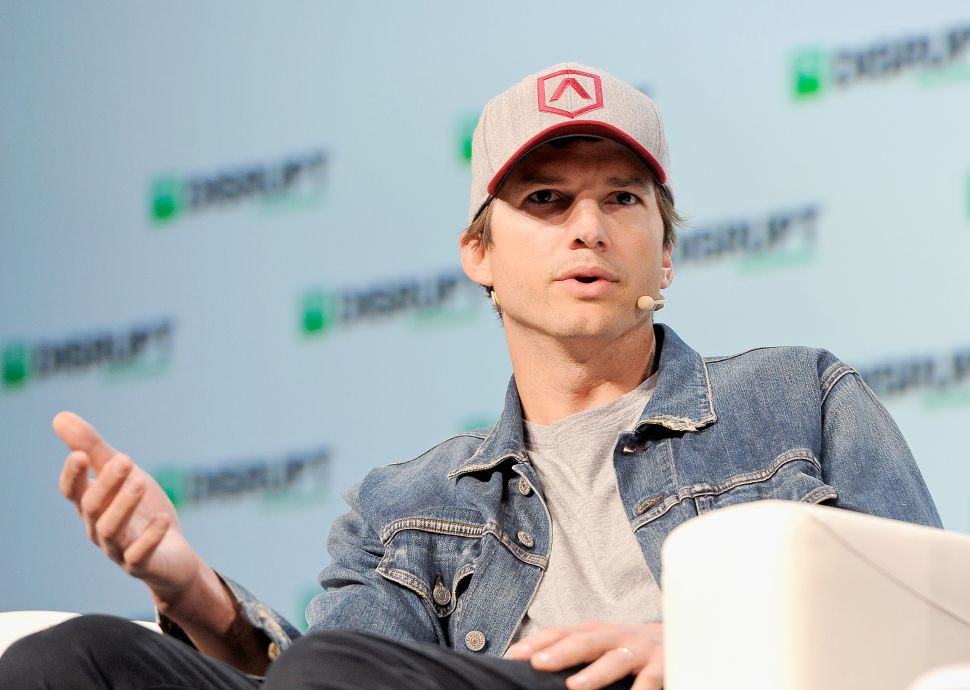