This fall marks the ten-year anniversary of the 2008 Financial Crisis, the system crash that upended global markets and plunged the world into recession.

Reflecting on the legacy of 2008, many economists and political operatives have argued that the collapse inevitably sparked the rise of populism—a narrative furthered by architects of nationalist movements across the United States and Europe.

“The legacy of the financial crisis is Donald J. Trump,” the president’s former campaign chairman Steve Bannon told New York magazine last month. “There’s a direct correlation between the factories that left, the billets and jobs that left with them, and the opioid crisis.”

Those who were tasked with managing the crisis, however, are rejecting a direct relationship between the financial crisis and populism’s ascent. During a Brookings Institute panel on Wednesday featuring former Federal Reserve Chairman Ben Bernanke, and former Treasury Secretaries Henry Paulson and Timothy Geithner, the economists addressed their messaging failures to disgruntled populations who would later find representation among populist messengers.

When asked by New York Times reporter Andrew Ross Sorkin about the problems his team faced in selling their economic policies to the public, Bernanke spoke about the origins of populism.

“I think the premise of your question is that the current dissatisfaction, populism, the remaining obvious economic problems are all traceable back to the financial crisis. I think that’s a wrong premise,” said Bernanke. “The financial crisis didn’t help, obviously. We know historically that financial crises tend to proceed increases in populist politics. But people have been saying the country has been going in the wrong direction for forty years.”

Citing “a very long period” of slow wage gains, rising inequality and concerns over immigration, Bernanke explained that “a whole gambit of things” was responsible for the rise of populism.

“On the communication, it was tough,” conceded the former fed chairman. “We couldn’t turn around that narrative.”

Paulson also lamented the obstacle of justifying $700 billion in Wall Street bailouts secured through the Emergency Stabilization Act—a controversial measure taken to avoid global anarchy which remains a rallying cry with both right-wing and progressive populists even ten years after the financial crisis.

“We were forced to do things to protect America, which are by definition, hard to defend,” said Paulson.  “It is very, very hard to explain that the system was so complex, so interconnected that we had to go to the source. Wall Street was like the heart. We had to go to the source to stop the bleeding, otherwise it was going to kill the economy.”

The challenges were so great that even Paulson’s predecessor, Geithner, struggled in explaining them to his wife.

“The hardest thing was sitting at the table with my wife in the morning with her reading about what I was doing, and just seeing on her face the mix of despair and doubt,” reflected Geithner. “I believe she felt that we were ethical people trying to do the right thing, but she looked at what we did and said ‘Really?’ That was mirrored by what we faced across the country and the gap between what we thought would provide the broadest benefit as far as possible, with what people thought was fair and just.”

“It’s a hard case to make and we were unable to make it,” added Paulson. 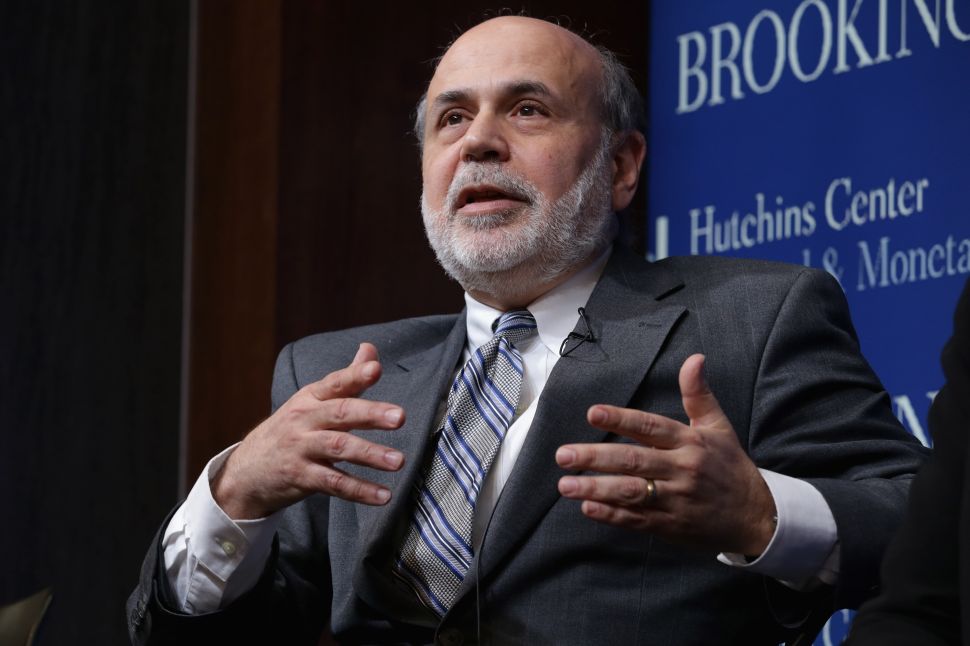