Move over, Omarosa. Move over, Stormy Daniels. Bigfoot is now an even bigger player in the 2018 midterm elections.

Dean Phillips, the Democratic challenger candidate facing off against five-term Republican incumbent Erik Paulsen in Minnesota’s 3rd Congressional District—considered a toss-up by nearly all political oddsmakers—released a political ad yesterday that is taking the internet by storm.

Phillips, an entrepreneur who made a name for himself by launching several well-known gelato and spirits brands, namely Talenti and Belvedere Vodka, green-lit this modern-day riff off of the famous Looking for Rudy ad from the 1990 Paul Wellstone Minnesota senate campaign. In the spot, entitled We Found Bigfoot!, Phillips goes for Paulsen’s jugular in a spot that is as biting as it is hilarious.

Bigfoot! takes a direct stab at Phillips’ GOP opponent, Congressman Erik Paulsen, who has become well-known for having consistently avoided attending town halls and other opportunities to interact with his constituents, as well as his well-documented support from big pharmaceutical lobbyists and other wealthy corporate donors.

The spot flips around the usual trope of the search for Bigfoot.

It begins with a large hairy creature—one reminiscent of the Jack’s Links Sasquatch mascot—talking directly to camera, wondering aloud if Erik Paulsen really exists, seeing as how he never attends public forums or events. In an attempt to answer this question, the hairy creature grabs a 1980s era camera and heads off to look for him at, where else, the headquarters of Globopharma, a fictional Big Pharma company that is ostensibly responsible for filling Paulsen’s campaign coffers.

The spot shows Bigfoot settling in the luxurious lobby for what could be a long wait, only to find that Paulsen shows up within “seven minutes.” The hastily taken pictures of Paulsen are grainy and out-of-focus—much like the trove Bigfoot pictures taken by amateur photographers, hikers and hunters over the years.

Although this ad will probably only have an extremely limited run on TV—it clocks in at nearly a minute and a half—its earned media value will give it plenty of airtime. Either way, there is no question that this is the best political ad thus far in the 2018 midterms.

I asked Phillips about what drove him to take the risk with such a biting and humorous ad; his response was priceless: “When they go low, we go funny,” said Phillips, himself riffing off of Michelle Obama’s famous meme from her 2016 Democratic Convention speech.

Bill Hillsman, the legendary political ad man behind the original “Looking for Rudy” spot—whose concept of looking for a hard-to-find politician has been copied many times in recent elections—gives the spot a mixed review.

“One of the first things I ask myself when evaluating a script for a political ad is ‘what will the opposition say?'” said Hillsman. “I bet they come back at Phillips saying that ‘It’s appropriate that Dean Phillips would use Bigfoot as his spokesman, because nothing in this ad is real or true. The pharmaceutical company is fictional, Congressman Paulsen has a long record of great constituent service, and those aren’t even photographs of Erik Paulsen.’ That being said, Bigfoot! certainly succeeds in getting attention. Whether it’s effective beyond that remains to be seen.”

The Phillips ad is not the first shot across the bow in this increasingly testy race for a seat that has been in GOP control since the 1960s. Paulsen—who has won all of his previous congressional races by a comfortable margin—recently went after Phillips on TV with a typical political slasher that openly questions his challenger’s commitment to providing health care to his own employees ,while painting him as an out-of-touch multimillionaire.

But again, in a state famous for its passive-aggressive nature, Phillips has probably keyed in on something that has escaped the California-born Paulsen—that well-conceived humor will probably go a lot further in a tight race and tense political environment than a typical attack ad.

Especially one featuring a talking Bigfoot. 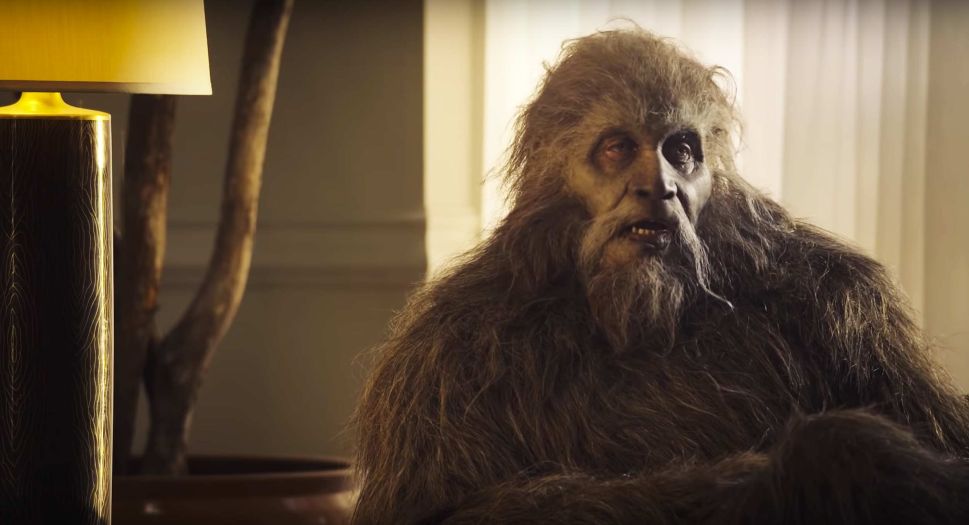