Venture capitalist Bradley Tusk has written a book, and it details one hell of an adventure. But before we get into Tusk’s The Fixer, a little context might be warranted.

Back in 2009, after nearly a decade working both on his initial campaign for mayor and then later at City Hall, I decided to leave the orbit of Michael Bloomberg to pursue a series of entrepreneurial ventures in Africa. From the time I packed up my family and moved abroad until we moved back to the U.S. nearly two years ago, I was quite literally off the grid.

Of the vast circle of friends and acquaintances that I had made during my decade of service working in and around the world of Mike Bloomberg and New York City, no two names surprised me more in terms of where they ended up by the time I returned to the country than those of Bradley Tusk and Kaleil Isaza Tuzman.

I knew Tusk (who also contributes to Observer) from a brief time in which we overlapped at City Hall. And since I was Mayor Bloomberg’s media and TV guy, it was only a matter of time before I crossed paths with Tuzman, who was an ambitious up-and-comer in the world of streaming television online.

When I decided to trade Manhattan for Angola in 2009, Tusk—having recently returned to New York, rattled but unharmed, from a stint as the deputy governor of Illinois during the Rod Blagojevich era—was at the helm of Bloomberg’s testy third mayoral campaign, a $102 million dollar effort in which the mayor ultimately won a controversial third term by the slimmest of margins. Tuzman, who first came to national fame as the CEO of govWorks and as the charismatic lead character in D.A. Pennebaker’s 2001 famed documentary Startup.com, had by now positioned himself as a major player in the world of online video. From New York and Dubai, Tuzman had managed to marshal considerable resources and was well on his way toward taking over a digital media company with a $300 million dollar valuation that he ultimately relisted on NASDAQ with his own initials (ticker KITD). He was on a tear, swallowing up smaller niche companies in the TV and online space across the globe.

However, by the time I returned stateside in 2016, I found that life couldn’t have taken more diametrically opposing turns for Tusk and Tuzman.

Tusk had taken his generous campaign bonus from Bloomberg’s 2009 win to hang his own shingle, ultimately taking on a start-up client by the name of Uber—a company that was so cash-strapped at the time that they agreed to pay Tusk part of his fee in equity—an investment that Tusk says ultimately gave him a 250-fold return. That Uber cash had made Tusk uber-wealthy, and he now had the seed capital for his ever-expanding venture capital and political consulting practice that focused on tech start-ups in the brave new world of the shared economy. Tusk was now a multi-millionaire and operating at the highest levels of politics, venture capital and tech in the nation.

Tuzman, meanwhile, was wallowing at La Picota, a Bogotá prison with conditions known as some of the harshest in the Western Hemisphere, awaiting extradition to the U.S. He had been detained by Colombian authorities after United States Attorney for the Southern District of New York Preet Bharara had issued a warrant for his arrest on charges of fraud, wire fraud, conspiracy and host of other misdeeds, including lying to the SEC. Bharara wanted him arrested in Colombia, fearing he might flee to his home in Dubai where the U.S. had no extradition treaty.

The contrast between these two ambitious individuals whose paths probably never crossed, was on my mind as I started reading through Tusk’s book The Fixer—which goes on sale Tuesday, September 18.

Tusk’s work is a compilation of war stories from his decades fighting in some of the grittiest political battlegrounds in the nation, working for bigger-than-life figures such as Ed Rendell and Chuck Schumer, as well as the aforementioned Rod Blagojevich and Mike Bloomberg. Fixer tells the tale of Tusk’s rocket-like rise through America’s most bare-knuckle political cities—Philadelphia, New York City and Chicago—and how, through both hard work and a decent dose of admitted serendipity, he ultimately transformed his political and communications expertise into a consulting business in which he now helps start-ups navigate regulatory and government red-tape in exchange for a slice of equity.

Tusk’s special sauce is that he knows his way around politicians and regulators—usually huge blind spots for hard-charging entrepreneurs and disrupters who, often out of a sense of hubris, discount the impact that politics and regulations might have on their carefully honed business plans. Tusk sums up the thinking of the typical high-tech start-up founder when it comes to politics: “You don’t understand. I went to Stanford. I was in Y Combinator. Kleiner led our Series A. John Doerr is on our board. When those stupid regulators see how smart I am, they’ll just do whatever we want.”

Which brings me back to Kaleil Isaza Tuzman, who was convicted on a host of charges for his role in defrauding the investors of KIT Digital and is currently awaiting sentencing. Tuzman’s original start-up project, govWorks.com, which between 1998 and 2001 raised and burned through over $60 million dollars from KKR, Mayfield, and a host of other venerated VCs, aimed to bring government services online and straight to consumers. It was a killer idea; everyone saw the value of being able to pay a parking ticket or get a fishing license online. But as CNN Money pointed out while the company was tanking, “Arrogant and overly aggressive company officials… alienated key government partners and vendors.” It seems that govWorks’ failure was its inability to put itself in the shoes of government officials.

If Tuzman had been able to have a Bradley Tusk in his corner, running interference for govWorks, greasing the wheels of government bureaucracy, his life might have taken a completely different direction.

The Fixer is a breezy read that will grip your attention as Tusk recounts his tales working with Elon Musk, an online platform for door-to-door weed delivery, as well as Mike Bloomberg’s decision to bail on running for president in 2016, fearing he might unintentionally pave the way for Donald Trump to get elected. (So much for that theory.)

My only real criticism of the book is completely superficial. The bright yellow jacket has a faceless cartoonish figure holding what appears to be a lightning bolt over his shoulder like the way a hunter might hold a rifle. I asked Tusk about that odd choice of cover art, and he mumbled something about him being the faceless man behind the scenes throwing bolts of lightning at problems. I would have preferred to see a gritty noir photo of Tusk alluding to his now near mystical powers in the dark arts of politics.

Still, cheesy jacket notwithstanding, The Fixer is a worthwhile read. And it just goes to show, you should never judge a book by its cover. 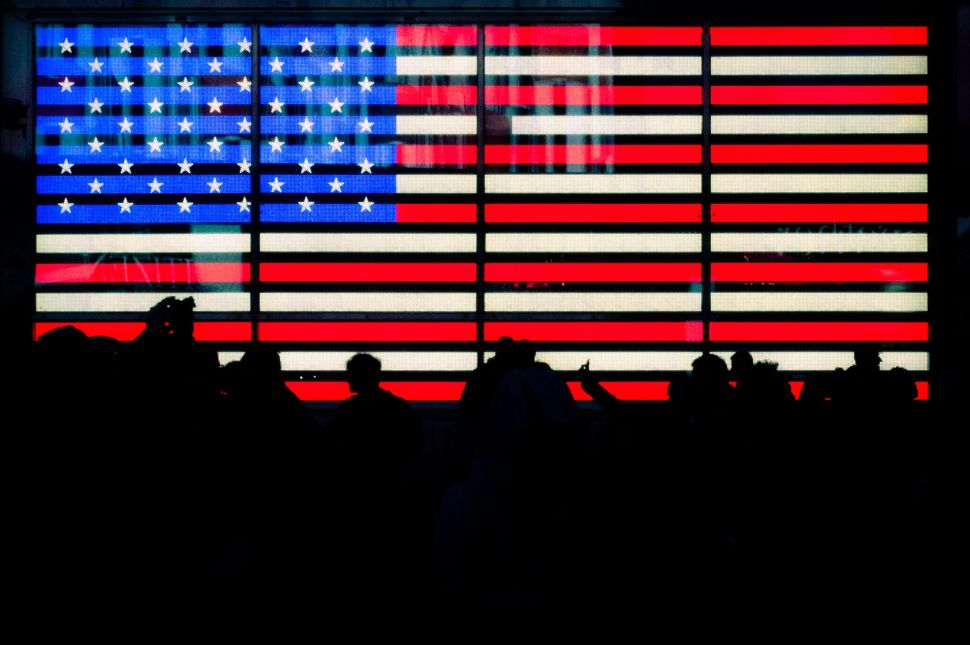