In his latest article, Stephens bemoaned the “exhumation of (Kavanaugh’s) antics” and said “the left” would automatically believe any damaging allegations against the judge. Stephens surprisingly lays the blame for these issues at Nick Denton’s feet. He claims reporters are using “Gawker standards” when covering Kavanaugh.

“Report first, verify later,” Stephens wrote. “Use the accumulation of unproven accusations as evidence of their plausibility, rather than as charges to be investigated separately or as variations of the same fundamental untruth. Apply a presumption of guilt standard to the people you oppose, and a presumption of innocence standard to the people you favor. Hear something you like about someone you don’t—what used to be known as gossip—and repackage it as ‘news.’ If journalists don’t understand why this is destructive to our profession, they have no business being in it.”

Stephens’ hot takes on issues like climate change denial have gone viral before. But his Gawker slight is especially unfair, because the site actually took sexual assault and related issues very seriously. It was among the first to report on accused predators like Bill Cosby, Louis C.K. and Bill O’Reilly—long before the #MeToo movement.

In light of Cosby’s sentencing this week, it’s worth noting that Gawker’s Tom Scocca was among the first reporters to resurface the charges against him. Scocca’s February 4, 2014 story “Who Wants to Remember Bill Cosby’s Multiple Sex-Assault Allegations?” drew a parallel between Cosby’s case and Woody Allen’s.

“Nobody wanted to live in a world where Bill Cosby was a sexual predator,” Scocca wrote. “It was too much to handle.”

In fact, the rest of the media couldn’t handle it until October 2014, when Hannibal Buress referenced the Cosby allegations in a stand-up routine.

“Gawker writers and editors more or less relished being harangued by their critics,” Scocca wrote this week. “The brickbats were proof that they were doing their job.”

The site has an even longer history with Louis C.K. In 2012, the website published a blind item by an anonymous source about a “shameless funnyman” who “whips it out at the most inopportune moments, often at times when his female companions have expressed no interest in watching him go at it.” While Louis C.K’s name was never mentioned, the rumor mill still started spinning.

Gawker put a name to the allegations in 2015, with a story about one of Louis C.K.’s fans calling on him to “stop sexually assaulting female comics.”

“It’s really uncomfortable to have to ask your hero to stop taking his penis out in front of uninterested and frightened girls, but such is life,” the anonymous fan wrote.

Finally, Gawker held Bill O’Reilly’s feet to the fire during a heated custody battle in 2015. The disgraced Fox News host allegedly choked his ex-wife and dragged her down the stairs, in full view of their daughter, according to court transcripts obtained by Gawker. Of course, the full story about O’Reilly’s history of settling sexual harassment claims didn’t come out until last year. But Gawker blared the siren before anybody else.

The other problematic aspect of Stephens’ argument is that the reporting behind Kavanaugh’s abuse allegations has proven very solid. Ford spoke to The Washington Post and is testifying before Congress today, giving heart-wrenching details about the alleged attack.

The second accuser, Deborah Ramirez, spoke to Ronan Farrow and Jane Mayer at The New Yorker, whose reporting to this point has been beyond reproach. And while Julie Swetnick hasn’t spoken to the media yet, she did release a sworn statement detailing her allegations—which means she’d face prison time if she was lying.

While Stephens seems to be a Kavanaugh fan, his defense of the judge shouldn’t rest on taking cheap shots at the media. He and many others may think of Gawker as a gossipy tabloid, but in the crazy times we’re living in, its willingness to speak truth to power is dearly missed.

Here’s hoping the relaunched Gawker features all the elements that made the original site special—even (or especially) if some of those elements make Stephens uncomfortable. 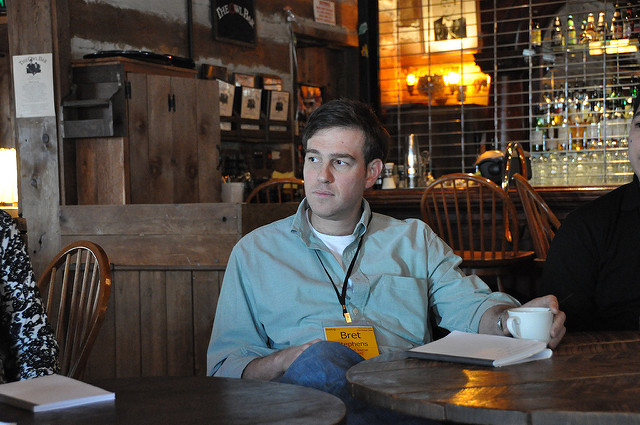