Conservative media just learned what college students have known for years: the website Rate My Professors can’t be trusted.

Outlets like The Gateway Pundit and Grabien News seized on a story about Christine Blasey Ford, a professor of social work at Palo Alto University who, over the weekend, accused Supreme Court nominee Brett Kavanaugh of sexual assault.

The sites attempted to discredit Ford by weaponizing her Rate My Professor reviews. She has an average rating of 3.2 out of 5, which is a middling score. But the people who dislike her seem to really dislike her.

One student wrote Ford “has something wrong with her.” Another called Ford “the worst teacher I ever had” and said he was “scared of her.”

Media personalities like Mark Levin, Laura Ingraham, Chuck Woolery and Matt Drudge seized on this as proof that Ford couldn’t be trusted. There’s only one problem: they were talking about the wrong Christine Ford.

The Christine Ford with terrible reviews is Christine A. Ford, a social worker who taught at California State University, Fullerton from 2010 to 2014. Christine B. Ford actually doesn’t have a page on Rate My Professor.

It’s not clear whether the page was simply never created, or if it was deleted in light of the Kavanaugh accusations. Observer has reached out to Rate My Professor for clarification.

To their credit, all of the conservative commentators who initially shared the Rate My Professors story deleted their tweets after a barrage of social media criticism.

a strong answer to "why didn't she come forward earlier?" is that when she did come forward an entirely different person with a similar name got dragged by a right-wing media apparatus that is too dumb/vicious/incautious to properly aim its fire https://t.co/dhUrKlZmyv

Grabien also admitted its mistake, putting strikethroughs in the entire story to keep it readable while showing it was incorrect (for example: B̶r̶e̶t̶t̶ ̶K̶a̶v̶a̶n̶a̶u̶g̶h̶ ̶a̶n̶d̶ ̶C̶h̶r̶i̶s̶t̶i̶n̶e̶ ̶B̶l̶a̶s̶e̶y̶ ̶F̶o̶r̶d̶). The site further added a lengthy editor’s note.

“There are two Christine Fords working in clinical psychology in California and we wrote this report about the wrong Christine Ford,” Grabien said. “We regret not going to greater lengths to ensure this was indeed the same Christine Ford.”

Even Gateway Pundit backpedaled, deleting the portion of its story about Ford’s reviews.

“An earlier post referenced Ford as an unpopular professor, but we have since learned this was a different educator with the same name,” the note read.

This isn’t the first time right-wing media has failed at outsmarting the internet. When White House Press Secretary Sarah Huckabee Sanders was asked to leave the Red Hen restaurant in Virginia in June, Twitter trolls and Yelp reviewers started bashing the eatery online. But the restaurant they were trashing was a Red Hen in Washington, D.C. that had nothing to do with the Sanders incident. 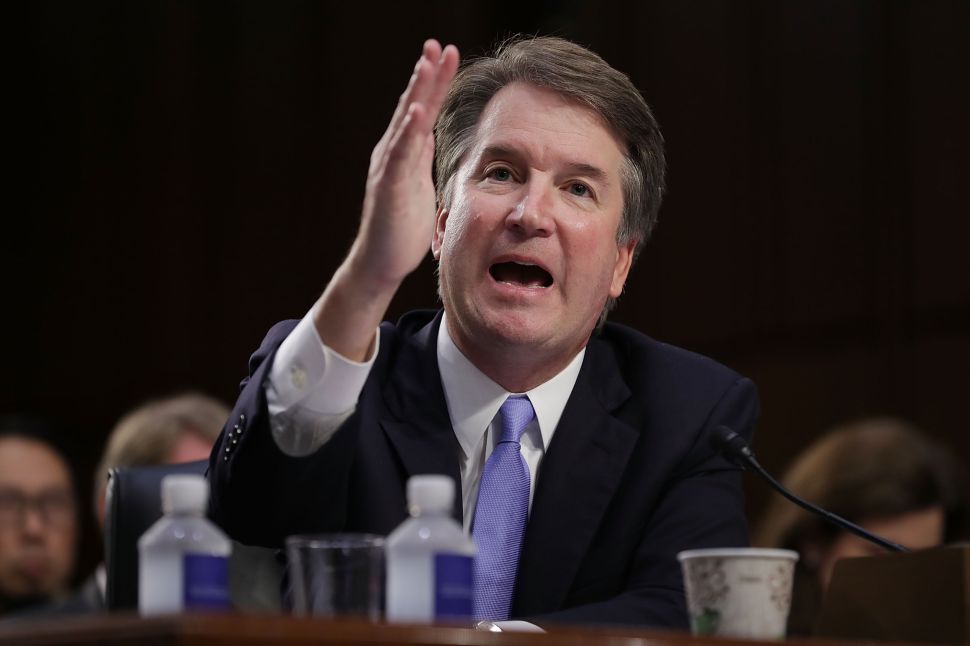