Given that Stephen King has made a concerted effort over the years to connect his most iconic works through a complex narrative web of crossovers and Easter eggs, it’s downright bizarre that no one has attempted to bring them together on screen. We live in the age of the shared cinematic universe, a ripe trend that lends itself perfectly to King’s overlapping worlds, yet the best Hollywood could do up until now was the disappointing Dark Tower movie last year. That’s like waiting decades for the Star Wars prequels, only for The Phantom Menace to come along and ruin your childhood.

As such, King stans have been enthusiastically awaiting Hulu’s Castle Rock, an anthology horror series inspired by his work though not based on one particular tale. Finally, the Constant Reader could immerse themselves in his bibliography while also enjoying a new creation. Castle Rock follows death row attorney Henry Deaver (André Holland), who is lured back to his unsettling hometown by an anonymous phone call regarding an unidentifiable man found caged underneath Shawshank prison (yes, that Shawshank). As this setup was unveiled, you could practically hear fans gushing over the recognizable landmarks and a certain kind of creepiness reserved for mustachioed strangers lurking near vans.

Yet through the show’s first five episodes, both fans familiar with King’s work and viewers new to the King-verse were left a tad underwhelmed and understandably confused. There were aspects that worked—the ominous environment, the creeping undercurrent of something otherworldly that seemed ripped straight from the author’s pages. But if the story needled its way into our subconscious fears like King’s written word, other aspects were mixed in their execution, such as all the references to King’s work, which felt, at times, like blatant and unnecessary fan service that could confound even the most devoted King supporter. Did Jane Levy’s character Diane really have to be related to The Shining’s Jack Torrance?

Overall, the first half of this 10-episode season suffered from a plodding pace—the series’ deep commitment to mystery and atmospheric dread came at the expense of building a sustainable overarching story. Despite the resources that were clearly poured into this ambitious endeavor, you couldn’t help but wish more attention had been paid to character development and emotional investments. Good stories are about relationships, but Castle Rock didn’t offer a single meaningful dynamic to latch on to. You’d be forgiven for your boredom and confusion.

The good news? Over the back half of the season’s run, patient viewers have been treated to a handful of excellent episodes. Every show needs a little time to find its footing, and those who gave Castle Rock a pass have now been rewarded. Two late entries stand out in particular.

“The Queen,” Season 1’s seventh installment, was a beautifully haunting episode that managed to not only provide much-needed backstory for some of the show’s unexplained circumstances, but also use its structure to serve the characters and conjure genuine emotion. It follows Henry’s adoptive mother, Ruth Deaver (who Sissy Spacek is imbuing with heartbreaking pathos), as she suffers through early-onset Alzheimer’s that results in her bouncing back and forth in time, revisiting memories of her past. The episode lays out the history of the Deaver family, which reverberates to the present timeline, and adds familial context that had previously eluded viewers. It also retroactively makes her less-than-lucid earlier appearances more understandable and engaging. But most important, it builds to an absolutely devastating climax (I’m still recovering). It is prestige television at its finest: inventive in form and emotionally resonant, with gripping plots that feel germane to the central story.

The penultimate episode, “Henry Deaver,” may not be all of that, but it does pull off a high-wire act few shows or movies can ever muster: explaining everything in a satisfying fashion. In a nutshell (spoilers ahead), the episode basically employs a quote from King’s The Gunslinger—“Go then, there are other worlds than these”—as a catch-all theme (that line would go on to define much of the author’s work). The identity of the mystery prisoner, known up until now as The Kid (Bill Skarsgård, who played Pennywise in last year’s It), is finally revealed—as is a secret from Henry’s past.

For a purposely misleading series that prided itself on all its enigmas, Castle Rock answered its major questions in unexpected and impressive ways, while once again tying itself to the greater King universe: Skarsgård’s Henry and Holland’s Henry likely traveled through a thinny, a King creation that boils down to a rip in reality where different worlds overlap. This culmination was both creative and gratifying for the viewer—a welcome surprise.

So, with two all-star episodes and an improved second half in the rearview mirror, where does Castle Rock go from here? How can the season finale conclude this risky gambit on a high note? Moreover, what does the show’s failure or success in doing so say about constructing an onscreen Stephen King universe beholden to an established canon yet open to twists and reinterpretations? The stakes are higher now that we’ve seen what the series can be at its best.

The first season of Castle Rock is coming to an end. Here’s hoping the questions and feelings that it elicits linger long after. 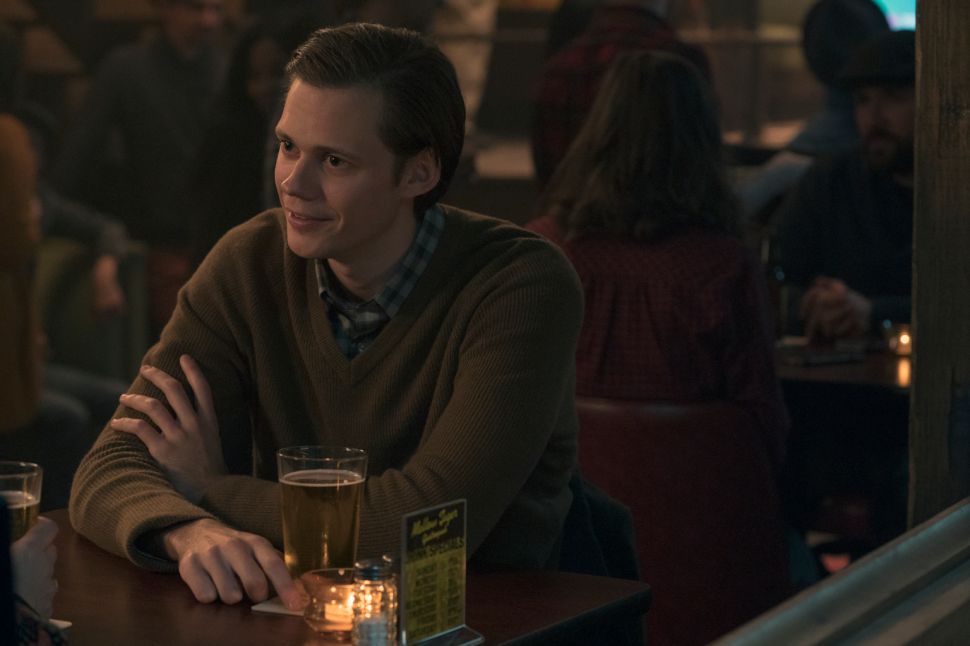