For as long as celebrities have died, there’s been the Rule of Three. Both the media and the public at large have latched onto the idea that famous people perish in triplicate.

But is there any scientific truth to this long-held belief, or is it just coincidence?

The Rule of Three first entered the lexicon “a long, long time ago.” On February 3, 1959, three rising rock and roll stars—Buddy Holly, Ritchie Valens and The Big Bopper—perished in a plane crash. That date became known as “The Day The Music Died” and inspired Don McLean’s magnum opus “American Pie.”

Other musical conspiracies sprouted up after that event, such as the 27 Club (named after the group of musicians who died at that age). But the Rule of Three has had the most staying power across decades and disciplines, thanks to the rise of social media.

Interest in the rule rekindled in December 2006, when James Brown, Gerald Ford and Saddam Hussein died within five days of each other.

Then, in June 2009, Ed McMahon, Farrah Fawcett and Michael Jackson all passed away within 48 hours.

As years passed, the number of trios seemed to grow more frequent, encouraging proponents of the Rule of Three.

Paranoia about the rule has gotten so intense that every time two celebrities die in quick succession, Vegas bookies start death pools to guess who the third will be. So whoever bet the farm on Neil Simon last week can take a bow.

But while “Celebrity Deathmatch” is a fun (if morbid) pastime, it’s more a matter of superstition than an exact science.

Well-known people die all the time, sometimes in clusters of two or four (such as Princess Diana and Mother Teresa passing within a week of each other in 1997). But a group only really penetrates our brains when three people are involved.

“The Rule of Three is entirely the result of cognitive biases,” science writer and Skeptic magazine publisher Michael Shermer told Observer. “We notice the hits and forget the misses.”

There’s a reason for that: the number three represents wholeness or completeness in many disciplines from religion (the Father, the Son and the Holy Spirit in Christianity) to sports (gold, silver and bronze medals at the Olympics).

In songs, “three is a magic number.” In journalism, three’s a trend.

“There’s nothing special about the number three except for its fixture in superstition and lore,” Shermer said.

John Hoopes, a professor of anthropology at the University of Kansas, went even further. He told Observer that the Rule of Three is “a silly fiction.”

Hoopes noted that well-known figures like entertainment reporter Robin Leach and United Nations Secretary-General Kofi Annan have also died in recent weeks, with much less fanfare than the Franklin/McCain/Simon trio that perished close together.

Some might see this as a reflection on the stature of the deceased, or a commentary on society’s short attention span. But it’s mostly just proof of the human need to seek patterns.

One of of Hoopes’ areas of study is apophenia, or the tendency to make connections between unrelated phenomena. For example, many people attach undue significance to repeating numbers (such as the dates 11/11/11 or 12/12/12).

All humans have the ability to recognize patterns. The difference (and the danger) with apophenia is that people start to interpret meaningless data (such as repetitive dates or celebrity deaths) as meaningful. Some have even compared this obsession with minute details to an addiction.

It’s certainly fun to acknowledge the irony when a trio of celebrities dies in quick succession. But attaching an ironclad “rule” for such a random phenomenon will send you down a very dangerous rabbit hole. 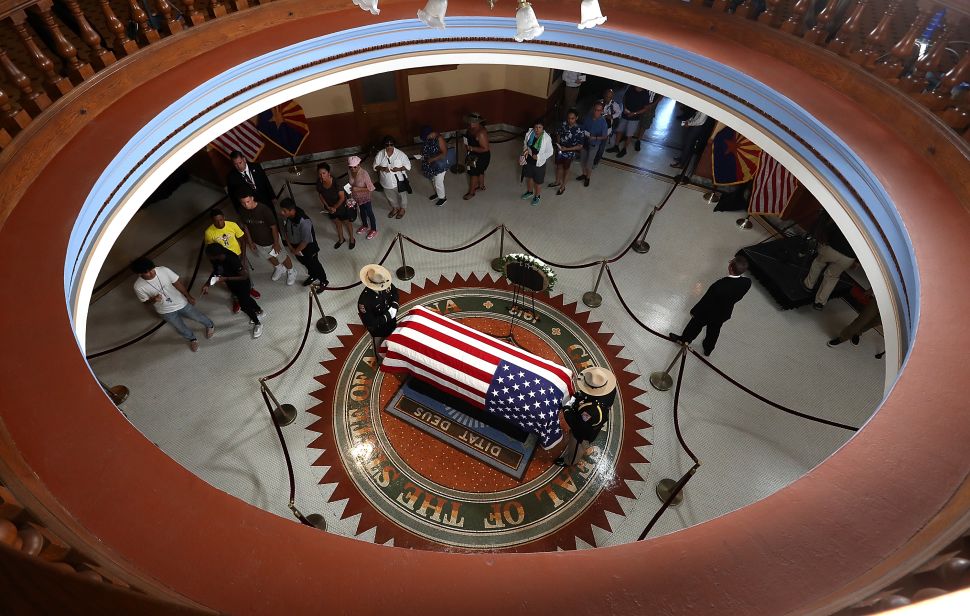