For the past couple of months, business and tech news outlets, from Fortune to Axios, have been closely chasing after Chamath Palihapitiya, a Silicon Valley billionaire who made his fortune during his early years at Facebook (but is now an outspoken critic of it), and the surreal drama at his venture capital firm, Social Capital.

Since June of this year, several high-ranking executives at Social Capital, including two of Palihapitiya’s co-founders, have submitted their resignations reportedly over unreconcilable disagreements with Palihapitiya’s leadership.

Yesterday, Palihapitiya gave an long anticipated interview to The Information to share his account of the months-long turmoil inside his firm. And then, he shocked the venture capital world with an unusual closure: Social Capital will no longer raise money like a typical venture capital firm.

Who Is Chamath Palihapitiya?

Chamath Palihapitiya was Facebook’s chief of user growth from 2005 to 2011. Under his charge, Facebook’s monthly user count grew by more than 150-fold (from 5.5 million in 2005 to 845 million by the end of 2011). But after fostering such astronomical growth, he removed himself from Facebook’s user base, accusing the social media platform of “ripping apart” society.

But Facebook certainly made him a wealthy man. After Facebook went public in 2012, Palihapitiya’s equity in the company was estimated to be worth close to $1 billion.

With that money, he founded Social Capital with an idealistic mission to “advance humanity by solving the world’s hardest problems,” according to the firm’s website.

Aside from Social Capital’s nice ideas about philanthropy and social responsibility, the firm also distinguishes itself from other venture capital firms with its highly data-driven investment approach.

Traditionally, startup investments are largely dependent on the venture capitalist who leads the deal—his/her realm of expertise, risk tolerance and sometimes personal relationships with entrepreneurs can all affect a VC decision. But Social Capital was the first in the industry to utilize artificial intelligence in selecting investment targets.

The firm is an investor in Slack, SurveyMonkey and dozens of other startups in education, corporate service, healthcare and finance.

Social Capital didn’t comment on any of these departures, but the partner exodus was believed to be a direct result of Palihapitiya’s abrupt changes to the company’s strategy.

In a Medium post published on June 11, Palihapitiya said he wanted the firm to focus on investing in engineering and data companies, rather than building diversified exposure by investing in many different sectors or giving profits back to partners.

This view seemed consistent to what Social Capital employees told Fortune at the time—that Palihapitiya would divert much of the “carry” (the portion of investment returns traditionally given to venture capitalists) back into the company for investment.

Why Was It a Big Deal?

First of all, the serial departures of senior executives within such a short time-frame is a very unusual case of staff turnover by any measure. And it was astonishing to watch how fast Palihapitiya was losing friends and business partners again after he cut ties with Facebook.

But more importantly, Palihapitiya’s strategic shift in Social Capital set a rare example in Silicon Valley and offers a counterargument on how venture capital should work.

Traditionally, venture capital firms raise money from outside investors, or what they call “limited partners.” Those investors can be pension funds, foundations, university endowments or wealthy individuals. A VC’s job is essentially to make a profit from that money, by investing in startups and attempting to cash out a larger sum after a period of time (typically seven to 10 years) once a startup goes public or gets acquired by a large company. In turn, the VC receives a portion of the profit, plus a fee for managing limited partners’ money.

Critics of this model argue that the approach creates unhealthy incentives for startups to care more about driving up company valuation and finding an exit than building valuable products and benefiting society.

What Does This Mean for the Future of Social Capital?

In Thursday’s interview with The Information, Palihapitiya confirmed that Social Capital would no longer raise outside money. Instead, the firm will operate as a “technology holding company,” he said in a Medium post yesterday, to make investments in tech companies with no particular timeline for delivering a return. 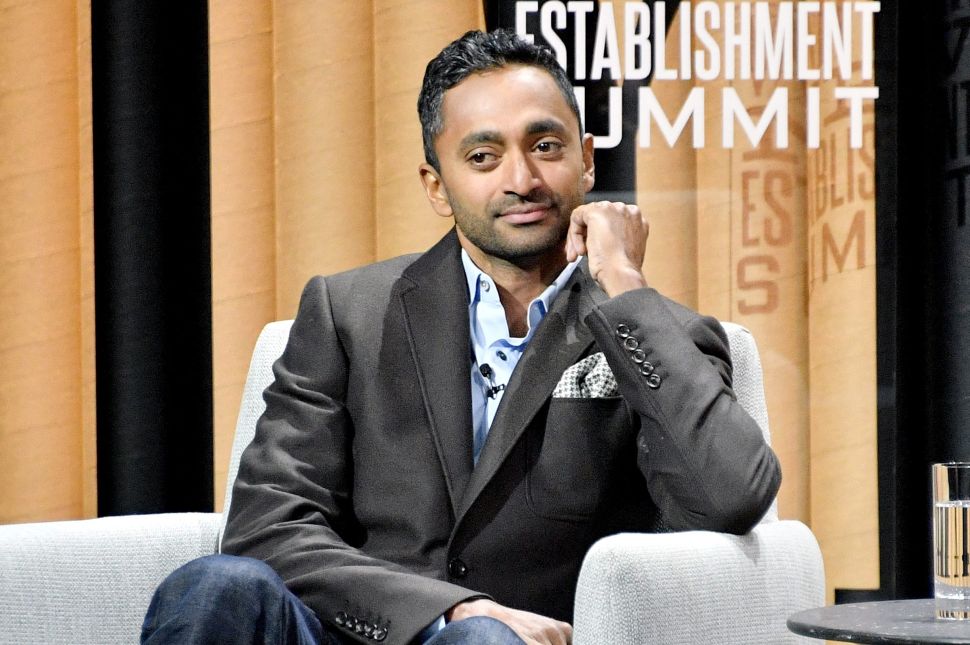