A trade war is ultimately about who has more to lose. In the case of the Trump administration’s trade tensions with China, the U.S. clearly has an edge when it comes to imposing tariffs.

Every year, the U.S. imports $500 billion worth of goods from China, while it ships only one-third of that amount to the East Asian country. So, as Trump’s tariff hikes on Chinese imports keep ramping up, China is naturally running out of room to retaliate.

But Beijing has come up with a non-tariff move to deal with the escalating trade battle, and it’s making many American businesses’ worst fear come true.

According to a Tuesday report by the Hong Kong-based South China Morning Post, the Chinese government has suspended issuing new licenses to American companies that want to conduct business in China.

The U.S.-China Business Council (USCBC), a nonpartisan non-profit representing around 200 American companies, told Observer that, in recent weeks, the council has been hearing from U.S. companies about delays and challenges getting licensing approvals in China.

“Those challenges are unfortunately not new, and they are not unique to any sector,” a USCBC spokesperson told Observer.

It’s unclear yet what specific sectors have been affected by the suspension, but it will likely include industries that Beijing has promised to open to foreign businesses, such as banking, securities, insurance and asset management, said Jacob Parker, vice-president for China operations of the USCBC.

“There seem to be domestic political pressures that are working against the perception of U.S. companies receiving benefits” during trade disputes, Parker told the South China Morning Post.

In recent meetings with cabinet-level Chinese officials, USCBC representatives were told that licensing won’t resume “until the trajectory of the U.S.-China relationship improves and stabilizes,” Parker added.

So far, China has matched Trump’s first two rounds of tariff hikes on a total of $50 billion of Chinese imports. Since the tariffs from both sides took effect in June, the president has expressed his intention to slap fresh tariffs on an additional $200 billion of Chinese goods. 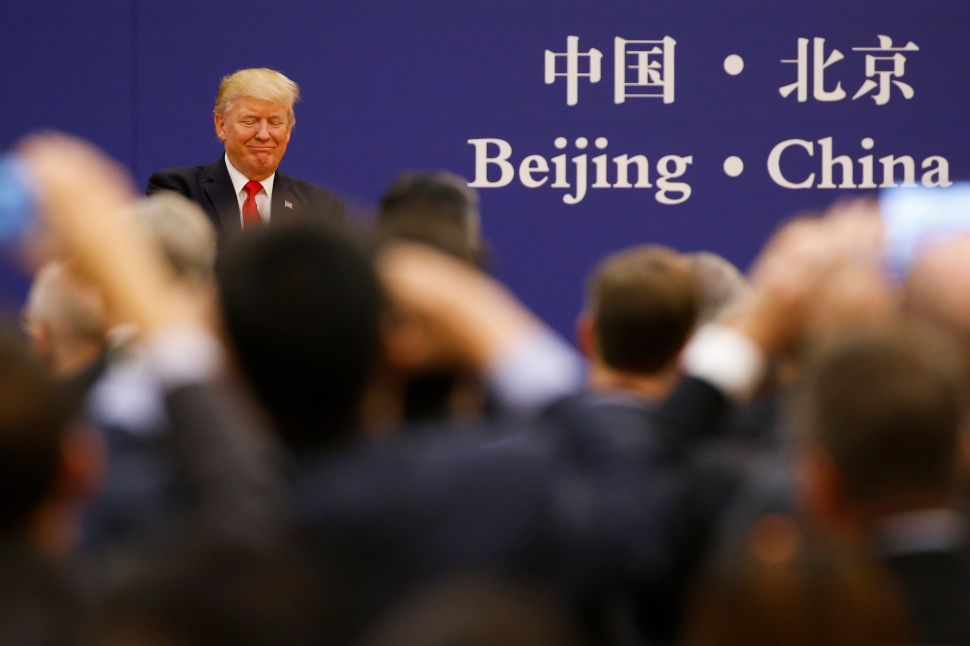