Jake Tapper just put his foot in his mouth.

Following Christine Blasey Ford’s emotional Senate testimony, the CNN anchor and his colleagues analyzed the day’s events. In the process, Tapper made a very unfortunate comparison.

Twitter immediately pushed back on the idea that a person like Stormy Daniels wasn’t credible just because of her profession. While not all of his critics got the exact quote right, they rightfully had problems with the spirit of his remarks.

Hi, @jaketapper. Can we see your list of which women are ok to attack in advance of the next circus? Thanks.

Within minutes, Tapper tweeted an apology.

“Wasn’t suggesting Daniels, McDougal or Avenatti *should* be attacked by the president but that Professor Ford might be tougher for him (and his team) to disparage—purely as a political matter,” he said. “Apologies if that came off wrong and inarticulately.”

Well, it did, Jake—and in fact, it was reminiscent of a trick one of CNN’s rival networks pulled recently.

“I expected to be treated with respect, and certainly not to be lied to,” Avenatti previously told Observer. “I thought that it was a new low for Fox, which is saying something. And I thought it was pathetic and cowardly of Tucker Carlson.”

Tapper’s comment may not have been as mean-spirited as Carlson’s lower third. But it was still much closer to Fox’s rhetoric than CNN usually ventures. 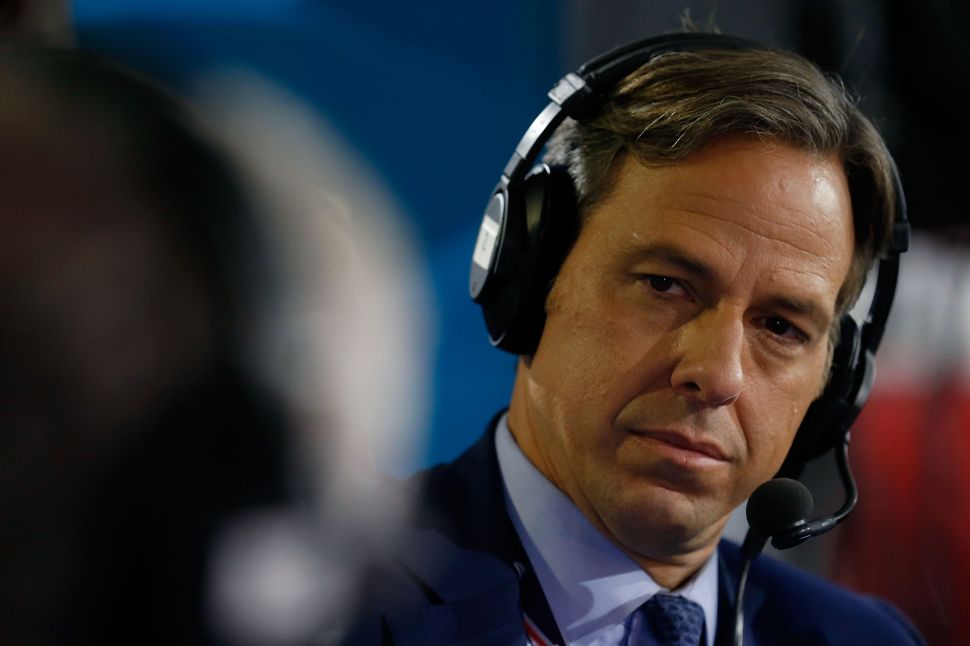