Less than two months after Demi Lovato reportedly overdosed at her Laurel Canyon home, the mansion has appeared on the sales market.

Lovato apparently has not returned to the 5,644-square-foot house since July 24, when paramedics were called to the home after her reported overdose from Oxycodone laced with fentanyl. She was said to have been given Narcan to restore her breathing and reverse the opioid overdose, and was rushed to Cedars-Sinai hospital. She is believed to have spent 10 days at the medical facility, and to have entered a rehab facility immediately after being released.

The singer purchased the four-bedroom, six-bathroom Hollywood Hills house for $8.3 million in September 2016. It is located behind private gates and situated above the classic celeb haunt Chateau Marmont, per the $9.5 million listing shared by The Agency brokers James Harris and David Parnes.

The open layout of the custom-designed home features plenty of Fleetwood pocket doors and floor-to-ceiling windows throughout, with at least one gas fireplace.

The kitchen is equipped with stainless steel appliances, white marble countertops and a massive square breakfast island. It has direct access to the backyard, for an alfresco dining situation. The outdoor space has a zero-edge pool, a grill and a gazebo.

The master suite contains a sitting room and two walk-in closets, with a soaking tub in the bathroom. The upper club level boasts a media room that currently includes a pool table and a large built-in marble bar. It leads to the “sky lounge terrace,” which sounds like something from a Delta ad but is pretty much an outdoor sitting area, with views over the city.

According to People, Lovato is listing the home for sale as she’s “getting healthy and putting the past behind her.”

Lovato has had issues with the home since she bought it. In January 2017, it was deemed unsafe for entry after damage from a mudslide. The property was one of five homes evacuated, but she was reportedly not yet living there at the time. 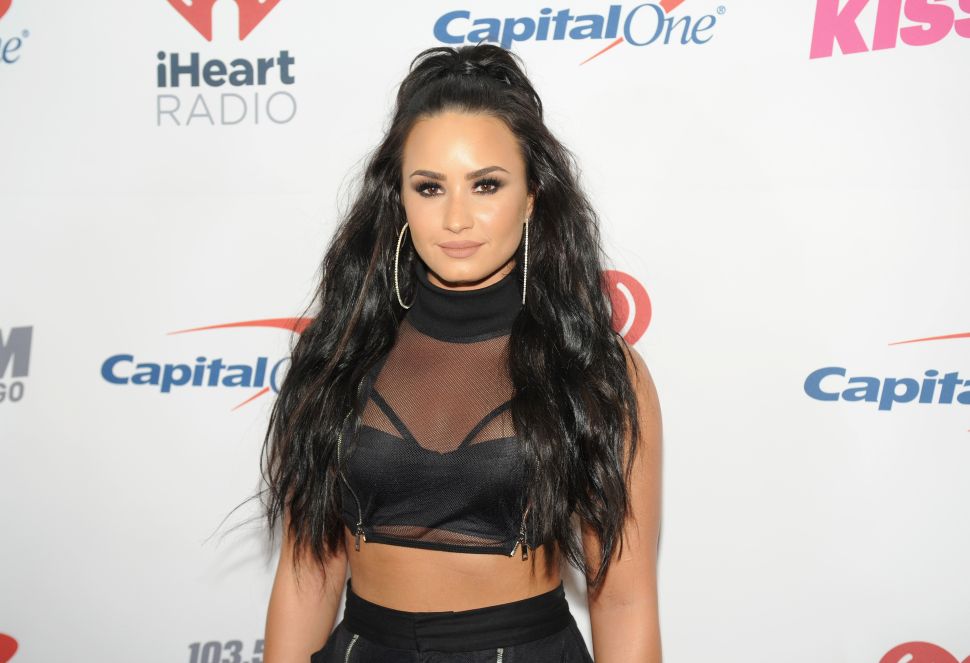