In an excerpt from Fear blasted across the Twitterisphere by Washington Post reporter Carlos Lozada, Woodward writes of an interaction between the president and “a friend who had acknowledged some bad behavior toward women.”

Trump’s #MeToo advice, per Woodward book:
“You’ve got to deny, deny, deny and push back on these women. If you admit to anything and any culpability, then you’re dead.” pic.twitter.com/4wU0Po2Y1M

“You’ve got to deny, deny, deny and push back on these women,” the friend remembers Trump telling him. “If you admit to anything and any culpability, then you’re dead.”

Trump continued challenging his friend for how they handled their own Me Too reckoning, noting their “weakness” and lack of “aggressive” retaliation.

A woman I don’t know and, to the best of my knowledge, never met, is on the FRONT PAGE of the Fake News Washington Post saying I kissed her (for two minutes yet) in the lobby of Trump Tower 12 years ago. Never happened! Who would do this in a public space with live security……

….cameras running. Another False Accusation. Why doesn’t @washingtonpost report the story of the women taking money to make up stories about me? One had her home mortgage paid off. Only @FoxNews so reported…doesn’t fit the Mainstream Media narrative.

The president has been accused of sexual misconduct by nineteen women in total. He has denied all allegations and attacked the accusers directly when their stories were published by media outlets.

Following The Washington Post‘s feature on Rachel Crooks—who claims the real estate mogul sexually assaulted her in one of his buildings in 2005—Trump took to Twitter to discredit her narrative.

“Another False Accusation,” wrote the president in February. “Why doesn’t @washingtonpost report the story of the women taking money to make up stories about me? One had her home mortgage paid off.”

Only in one instance has Trump fail to heed his own advice: During fallout from the release of the Access Hollywood tape.

“I’ve said and done things I regret and the words released today on this more than a decade old video are one of them,” said the then-presidential candidate after audio surfaced in which he appeared to encourage sexual assault. “I said it. I was wrong. And I apologize.”

Here is my statement. pic.twitter.com/WAZiGoQqMQ

Despite apologizing, Trump later questioned the authenticity of the tape, privately and in public. During Alabama’s Senate race between Democrat Doug Jones and accused Republican pedophile Roy Moore, the president reportedly called the tape inauthentic while expressing his sympathies for the latter candidate, according to The New York Times.

In an interview with The Daily Caller last week, the president said “there’s even questions about the tape, there’s many things going,” before threatening to sue NBC over the recording’s release. 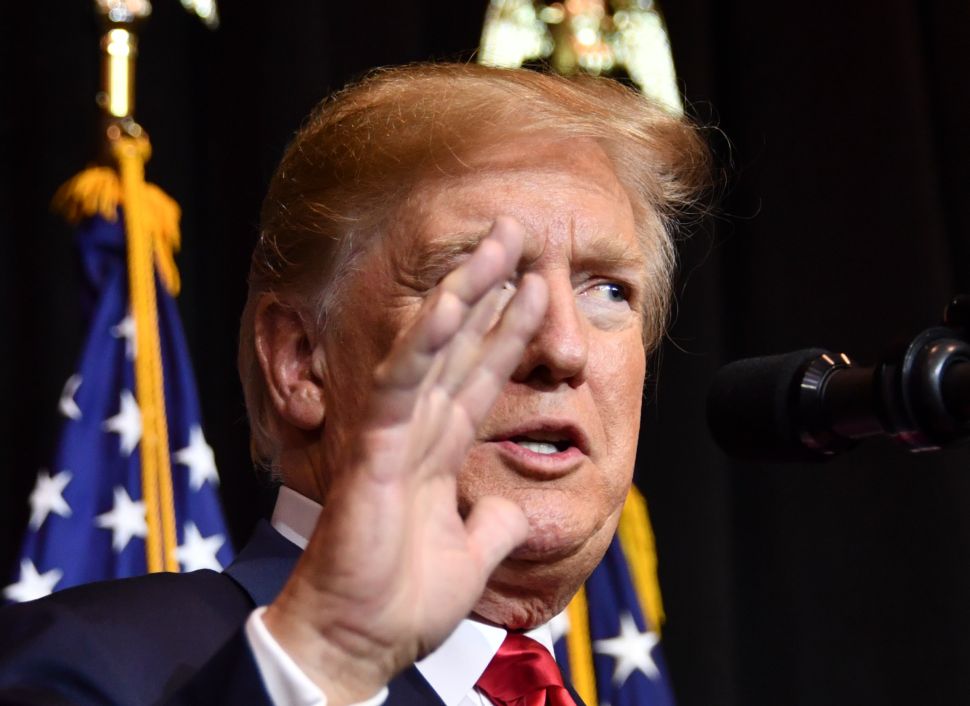