The doctor on the phone is distraught. “We’ve just had another doctor jump and hit… suicide from Mount Sinai,” she said. “And they’re just covering it up. This keeps happening.”

You can hear her voice in Do No Harm, a documentary from Emmy-winning filmmaker Robyn Symon, which premiered this week at the Angelika Film Center. You can see the body of Dr. Deelshad Joomun where she landed, laying under a yellow tarp on the ground below. She had jumped in her white lab coat.

In the span of two years, three physicians and one medical student died by suicide at Mount Sinai St. Luke’s Hospital in New York City, a grouping of deaths that garnered a lot of sensationalized media coverage. But the hospital’s attempt to brush things under the rug pointed to what has become a trend regarding the issue of physician suicide across the country: Most people—medical professionals, institutions and the public at large—are complicit in pretending there’s nothing to see here.

On Thursday, Symon lead a group of physicians and activists on a march to Mount Sinai, in part as a memorial for Joomun and the other estimated 400 physicians a year lost to suicide, as well as to put pressure on Congress to pass legislation that would restrict the number of hours that residents—medical trainees on whom much of the work at hospitals is pushed onto—are allowed to work. At present, it can be more than 80 hours a week, including 28-hour shifts.

“We’re marching to protest the inhumane working conditions within hospitals, which include long work hours,” Symon told Observer. “The Institue of Medicine and many sleep experts have said after 16 hours the brain is just not functioning normally. Every other profession has work hour protections. Doctors are dealing with human lives; why would you want them to stay up all night? It’s a very dangerous situation.”

Symon and others who study the epidemic of doctor suicides, like Pamela Wible, a physician in Eugene, Oregon, who runs a suicide hotline for medical professionals, say that these types of work conditions play a role in the disproportionate number of suicides among doctors. The most recent study by the CDC attempted to analyze suicide rates by occupational groups, but the report was retracted due to inaccuracies; however, the disproportionately high rate of doctor suicides cannot be disputed.

“Mostly due to exploiting cheap labor, medical trainees have not been protected by many of the labor laws that the rest of the country enjoys. They are in an educational system that is rampant with human rights violations, and, as a result, some don’t make it out of their training because they take their [own] life,” Wible said. “They’re not able to see a logical way out, they’re $300,000 in debt from loans, all these people are dying around them, and they have guilt for any mistakes they may have made after working 28-hour shifts. It’s just a perfect storm.”

“All of these forces are converging on these young idealistic humanitarians who go into medicine. I think they don’t quite understand what they’re getting into, what their working conditions will ultimately be,” Wible added.

While numbers vary, according to the American Foundation for Suicide Prevention, male physicians are 1.4 times more likely than men in general to commit suicide. Women physicians are 2.27 times more likely. Suicide is the second leading cause of death among medical residents after cancer, and the leading cause among male residents. Although those numbers are likely a lot lower than the reality of the situation.

“That number is so unreported,” Symon said of the commonly referenced 400 physician suicides a year.

“Doctors are very good at making their own death look like an accident, accidental overdose or car accident. And the institutions and the families themselves, because of the shame surrounding suicide, are prone to brush things under the rug, hide it or leave it sort of nebulous what the cause was. It’s hard to know the exact number of deaths among medical students. It’s at least twice the national average,” Symon said.

Wible, who said two doctors she dated while she was in medical school later went on to kill themselves, started to take the issue of physician suicides more seriously once three of them in her relatively small city of Eugene, Oregon, population 160,000, killed themselves with a span of about a year.

“It’s really a town where everyone is happy. I was thinking, ‘If there are three in Eugene in a year, how many are there in Chicago, Philadelphia, New York?'” Wible explained.

She began compiling a list of physician suicides on her website not long thereafter in 2012. Since then, she’s collected information on 1,077—a number she says is very low since the data is largely sent in by family members of the doctors who’ve died.

Symon said every doctor she spoke to over the course of making her documentary admitted to knowing one colleague who had been lost to suicide. Many knew more than that.

But more than anything, Symon and company hope to encourage medical professionals, and the culture at large, to first acknowledge that there’s a problem here, and then to continue to talk about it.

“Talking about it, opening a dialogue about this epidemic that’s been hidden for decades, really a century it’s been going on for and known within the medical community,” she said. “The first step is talking about it. They were trained to put your head down, go about your work, be tough, show no weakness, you’re the healer. This is what they’ve been bred to do.” 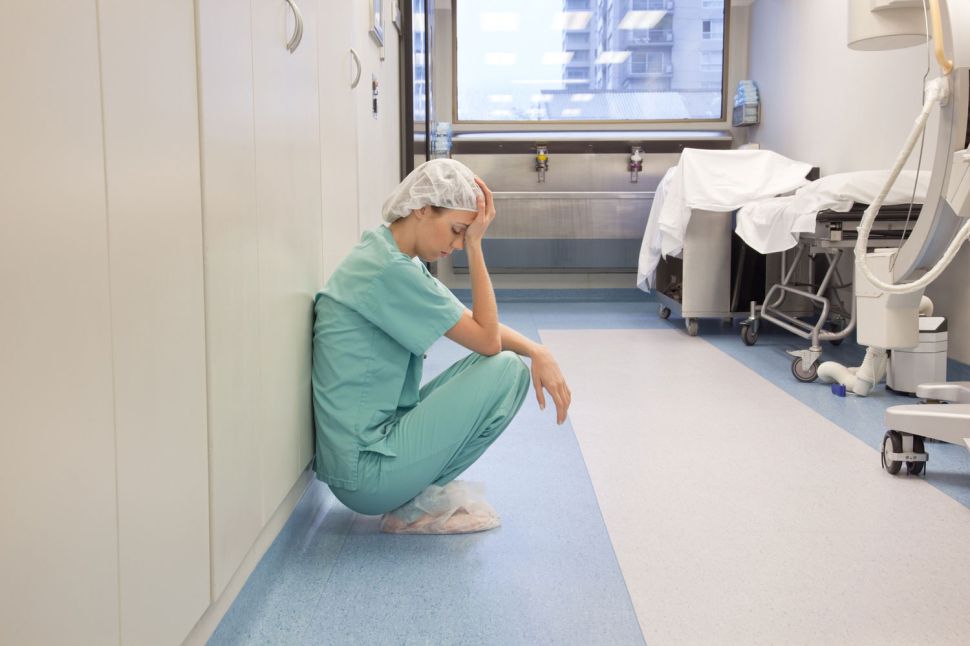