Residents of Eastern Manhattan gathered at the Middle Collegiate Church last week to voice their concerns about the mitigation plan surrounding the L Train Reconstruction Project, scheduled to begin in April 2019. While the town hall commenced with discourse regarding the best alternate routes from Manhattan to Brooklyn, it soon became clear that the steps the MTA is taking to mitigate the inconveniences of the L Train, such as added bus routes, were more of a concern to some East Villagers than the closure itself.

Throughout the roughly three-hour-long exchange, residents confronted MTA and city officials over health concerns ranging from air and noise pollution to overcrowding as a result of the added buses meant to temporarily replace the Manhattan portion of the L train.

Over 440,000 L train riders will be displaced daily during its 15-month-long closure, and while the MTA is “still taking feedback” from affected residents, the project has already been deemed “the biggest operational, logistical, customer service challenge” that the MTA has faced since Superstorm Sandy, according to MTA CEO Andy Byford.

“We’ve just got to rip off the Band-Aid and get it done,” Byford said.

The reconstruction project deemed necessary by the MTA was propagated by Sandy in 2012, which flooded the tunnel “almost to the top” with highly corrosive salt , according to Byford. “This was always going to be the most difficult because this was the most damaged,” he explained.

While temporary work was done on the tunnel following the storm, Byford noted that if action is not taken now, the tunnel would be deemed too unsafe to travel through. To better safeguard for future natural disasters, the renovations will add new mechanisms that will allow entrances and air vents to shut in advance of an emergency.

With 70 percent of current L train riders projected to use an alternate subway route, the MTA is urging its customers to stick with public transportation over the increasingly popular car-share services. With a promised 80 buses per hour over the Williamsburg Bridge, residents living near these new routes voiced concerns over the impending health risks of having so many additional vehicles on their streets.

Cleveland Place resident Georgette Fleischer attended the town hall with her four-month-old daughter Augusta. The two live along a planned route where extra city buses will run to serve commuters displaced from their usual subway routes.

“We are really mortified about the idea of having [up to] 80 diesel-fueled buses an hour coming by where we live,” Fleischer said. “I’m worried that she’s going to get asthma… Chinatown Head Start, [a preschool in downtown Manhattan], is steps away from Kenmare Street, the bottleneck where these diesel-fueled buses are going. There’s a senior center below that. In other words, children and the elderly are particularly vulnerable. They should be having all electric buses.”

The Federal Transit Administration (FTA) finished its assessment of the temporary transportation options which resulted in a “Finding of No Significant Impact.” While the FTA does not require mobile source monitoring—i.e, undergoing periodic inspections by the Environmental Protection Agency (EPA)—on the project, the MTA pledged construction and environmental quality monitoring. However, only a fraction of the newly serviced L buses will be eco-friendly, with Byford citing five electric and 10 hybrid diesel-electric additions to the plan.

“There are a lot of issues here that aren’t being addressed,” said 11th Street resident Daniel Nauke, who lives on the ground floor of a converted storefront. “In the summertime, when I have my window open, I have had my carbon monoxide smoke detector go off because there was a FreshDirect truck [idling]… we’re living in a really toxic environment that doesn’t need to be.”

As a green alternative to buses, MTA Commissioner Polly Trottenberg cited cycling as “part of the puzzle” and a “relatively attractive alternative.” The transportation authority has called for an increase in availability of Citi Bikes with Pedal Assist technology, which will facilitate the climb over the Williamsburg Bridge. Trottenberg deemed Citi Bikes “potentially the fastest way to travel… between the East Village and Williamsburg” after the closure of the L tunnel.

“Why do I feel so sick every day?” asked 14th Street resident Joan Steele after the town hall adjourned. “We’re not realizing the health implications of what is going on… it’s not about getting a bus on time. Health is my number one concern: we’re all going to have to deal with that.” 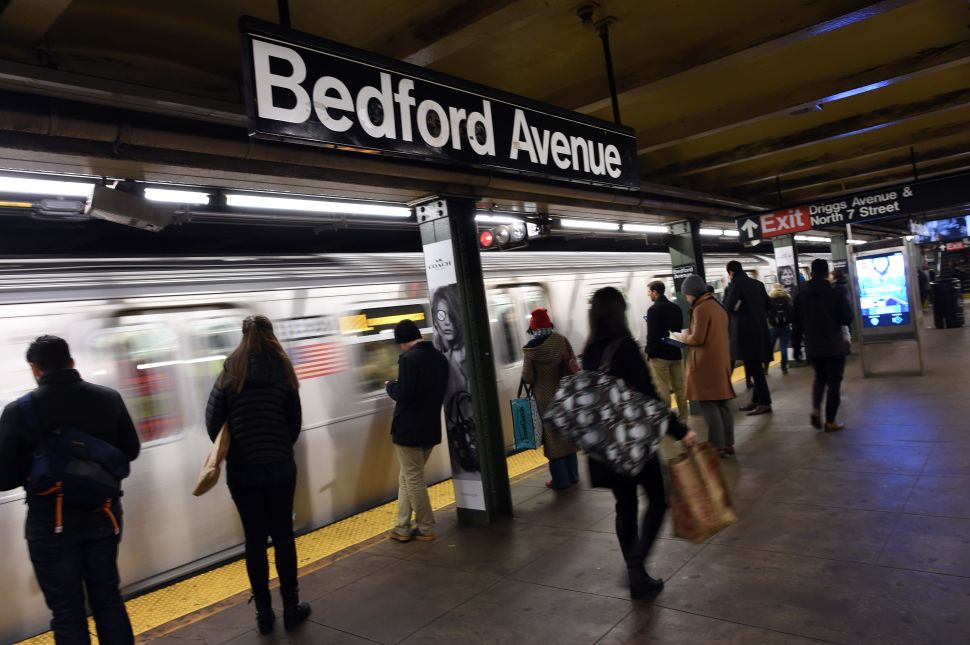