It’s pointless to call out the tepid humor that dominated the Emmys on Monday night—all awards shows force audiences to endure silly gags and softball comedy. It’s also pointless to decry the Emmys’ bloated three-hour running time—all awards shows overstay their welcome. To say these events are flawed is like saying the Golden State Warriors have a solid chance of winning the NBA Championship.

But there is one thing the Emmys offer that their more prestigious and fawned-over older sibling, the Oscars, do not: genuine surprise. Or, at the very least, modest twists. For those who care about the actual winners and losers and less about the pageantry of awards shows, the Emmys can be anxiety-inducing and riveting.

The Academy Awards arrive at the end of a grueling six-month slog of awards coverage in which every movie is poked, prodded and put through the ringer of flashy film festivals. Critics pick apart the minutiae of each picture before audiences ever see them, awards pundits (including this one) update their projections weekly and Rotten Tomatoes contributes to an inaccurate big-picture narrative. By the time the ceremony actually airs, there’s little speculation left (is it really that fun to win all three of your Oscars pools every year?). Apart from the once-in-a-lifetime La La Land–Moonlight screwups, cinema’s most important event unfolds exactly as expected.

But for all of its awkward goofiness, snoozy pacing, and expected nods to the #MeToo movement and Hollywood’s increasing inclusiveness, last night’s Emmys show genuinely shocked us with its winners and losers. We even witnessed a mid-broadcast proposal when Oscars director Glenn Weiss, who took home the trophy for Outstanding Directing for a Variety Special, asked his girlfriend onstage, right after winning, if she’d marry him. She said yes, and regardless of your opinion on public proposals, that makes for some damn good television.

Despite a 40-year career that included playing Arthur Fonzarelli, actor Henry Winkler won his first Emmy ever. And it wasn’t some nominal lifetime appreciation award—Winkler’s achingly hilarious turn on HBO’s Barry brims with the sadness of unrealized dreams. Meanwhile, Amazon struck a blow against Netflix and Hulu in the streaming wars, with The Marvelous Mrs. Maisel steamrolling the competition to the tune of five top awards, including Outstanding Comedy Series, Best Actress in a Comedy Series (for Rachel Brosnahan) and Best Supporting Actress (for Alex Borstein). As Amazon shifts gears to focus more on blockbusters, here’s hoping it continues to produce exciting smaller prestige projects as well.

The Crown‘s Claire Foy beat out expected winner Elisabeth Moss (The Handmaid’s Tale) as voters chose to honor her last turn on the series before Olivia Colman assumes the role. In an absolutely stacked Best Actress field, as many as five candidates seemed worthy of an award—unlike at the Oscars, a win from any of them would have stunned us. A casual scroll through post-Emmys Twitter reveals very vocal fan bases still arguing over Foy vs. Moss vs. Keri Russell vs. Sandra Oh.

Matthew Rhys scored a win for Best Actor in a Drama for the criminally underwatched FX series The Americans, earning some long-overdue Emmys love as the show wrapped its final season. Atlanta was inexplicably shut out this year despite delivering an even better second season, possibly pointing to the Emmys’ discomfort with comedies that stray too far into darker territory. And finally, Game of Thrones took home the Outstanding Drama trophy, even after a widely criticized seventh season (it may have remained the most popular show on television, but was very clearly not the best).

Each win serves as a microcosm for the industry, indicating which way the wind is blowing and how the proliferation of high-quality TV has made the Emmys a much more exciting race than the Oscars. We never know what’s going to happen in most of the major categories, whereas Frances McDormand had her Oscar last year for Three Billboards Outside Ebbing, Missouri wrapped up the summer before the ceremony. If you can endure the lame opening monologues and bloated telecast, watching the Emmys these days means experiencing the biggest night on television. 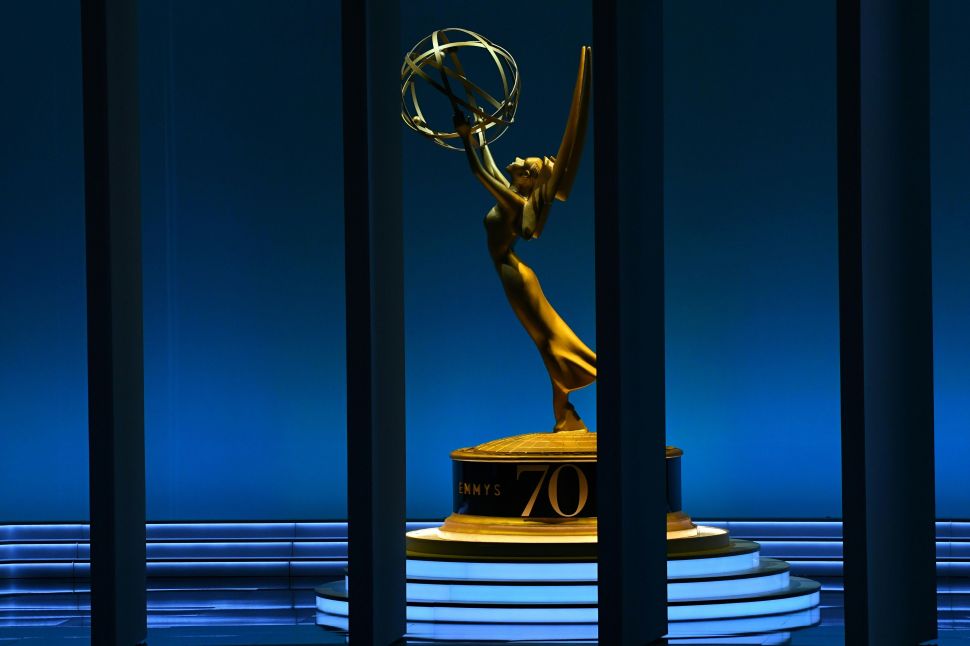