In the letter, Papadopoulos’ legal counsel narrates the former Trump advisor’s rise in politics, while portraying him as someone “out of his depth” who had “no experience in dealing with Russia policy or its officials.”

The letter also alleges Jeff Sessions, then an Alabama senator, approved of a meeting between President Trump and Russian President Vladimir Putin.

“On March 31, 2016, [Papadopoulos] joined Mr. Trump, Senator Jeff Sessions, and other campaign officials for a ‘National Security Meeting’ at the Trump Hotel,” said Papadopoulos’ attorneys Robert W. Stanley, Thomas M. Breen and Todd S. Pugh. “Eager to show his value to the campaign, George announced at the meeting that he had connections that could facilitate a foreign policy meeting between Mr. Trump and Russian President Vladimir Putin. While some in the room rebuffed George’s offer, Mr. Trump nodded with approval and deferred to Mr. Sessions who appeared to like the idea and stated that the campaign should look into it.”

The description of the meeting contradicts earlier remarks Sessions made to the House Judiciary Committee last fall, where the attorney general recalled giving “push back” to Papadopoulos’ suggestion. It also furthers Think Progress‘ account from April, in which the outlet reported that Papaopoulos told a computer engineer that “Sessions encouraged” him to find information related to Hillary Clinton’s hacked emails.

Sessions recused himself from the Russia investigation after The Washington Post revealed that he met twice with Russian Ambassador Sergey Kislyak during the 2016 election, having failed to disclose this information to the Senate Judiciary Committee during his confirmation hearing.

As a foreign policy aide on the Trump campaign, Papadopoulos discussed opposition research on Clinton with the Kremlin-connected Joseph Mifsud. He pleaded guilty to lying to the FBI last year over the pair’s communication, and has asked for probation over jail time in his sentencing.

“George Papadopoulos is now a convicted felon,” read the memorandum. “When it came time to make a good decision he made a bad one. His arrest and prosecution served as notice to all involved that this was a serious investigation. He was the first domino and many have fallen in behind. Despite the gravity of his offense, it is important to remember what Special Counsel said at George’s plea: he was just a small part of a large-scale investigation.” 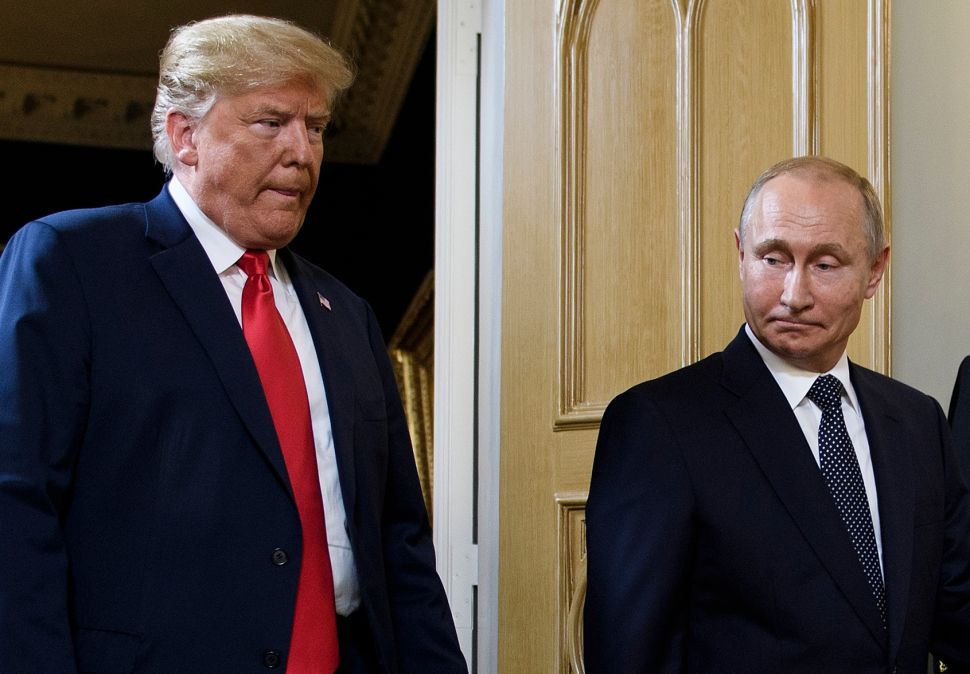