It might have been the television coup of the year. After wresting Project Runway back from Lifetime and The Weinstein Company, Bravo announced in May that it would air the upcoming 17th season of the wildly popular reality competition, which the network originally launched back in 2004.

However, a major wrench has been thrown into Bravo’s victory: News broke this morning that Project Runway‘s biggest names, judge Heidi Klum and mentor Tim Gunn, are leaving the show to develop an as-yet-unnamed fashion series for Amazon.

So what exactly do Klum and Gunn have in the works? While thematic details are still in development, Amazon announced that the new reality series “will create a shoppable experience for viewers.”

This planned intersection of culture and commerce scans as a larger projection of where a lot of media is headed, especially if Amazon continues down its path of pan-platform dominance.

Amazon’s announcement also includes statements from both Klum and Gunn.

“After 16 incredible seasons, I am saying ‘Auf Wiedersehen’ to Project Runway, a show that I was honored to host and help create,” said Klum. “I am incredibly proud of the show, and it will always have a special place in my heart. I am so appreciative of the dedicated fans, and most of all, I am grateful that we could shine a light on creativity and help launch so many talented designers’ careers. I’m most excited that my journey with my dear friend and colleague, Tim Gunn, is far from over.”

Said Gunn: “I am grateful to Project Runway for putting me on a path I never, in my wildest dreams, thought my career would take me! I am so proud to have been a part of the groundbreaking process that showcased talented young designers as never before. Most importantly, I am indebted to our incredible fans. They are the heart and soul of what we do, and continue to inspire us to raise the bar in this arena. I’m excited for them to see what’s next, as I partner with Amazon and Heidi Klum on our next great ‘fashion’ adventure.”

But the series’ upheaval doesn’t stop there. Shortly after this news came another exit. Famed designer Zac Posen, who has been a judge on Project Runway since Season 11, announced that he, too, would not return to the show when it relaunches on Bravo.

Bravo didn’t address Posen’s departure in its to statement Deadline: “Bravo is proud to bring Project Runway back where it all began, and Heidi and Tim will always be a huge part of the legacy. The series will continue its iconic impact with Bravo’s reboot for the next generation of designers and fans. We are excited to announce our new host and mentor very soon.” 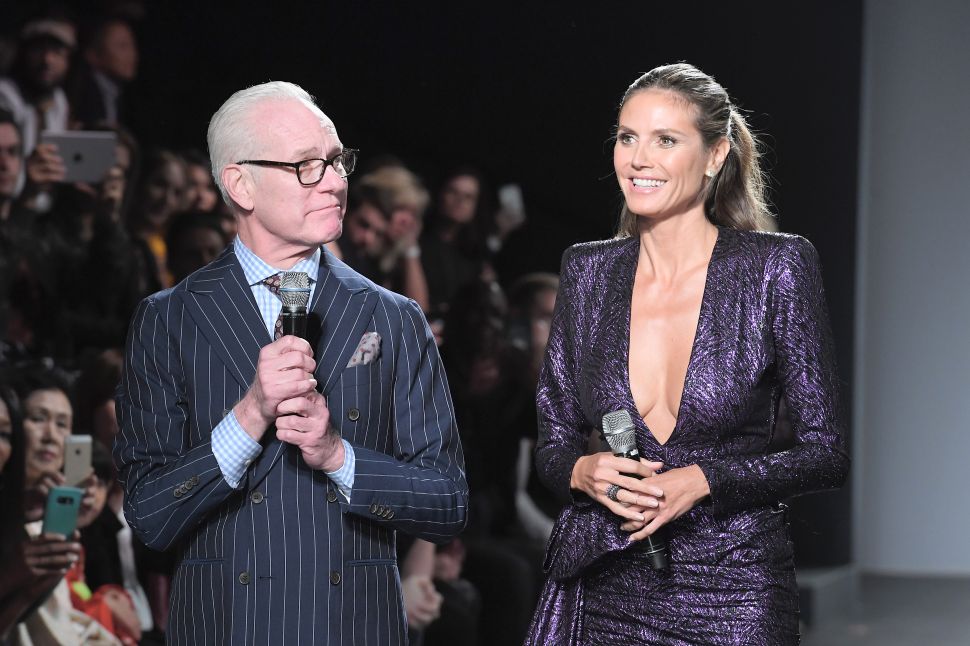