“We had a good saying that we’ve held firm to this day, as the dean was reminding me before the talk,” Kavanaugh told the Columbus School of Law in 2015. “What happens at Georgetown Prep, stays at Georgetown Prep. That’s been a good thing for all of us.”

Kavanaugh’s remarks were introduced by the network’s anchor Ali Velshi, and quickly blasted throughout the Twittersphere by The Wrap’s media editor Jon Levine.

“The emergence of this video doesn’t prove anything and the line is a common turn of phrase, but there’s a reason MSNBC aired it,” Levine told Observer. “It doesn’t look good in light of the sexual assault allegation Judge Kavanaugh is currently facing.”

Kavanaugh’s days at Georgetown Prep are under scrutiny following an allegation of sexual misconduct from Christine Blasey Ford—a graduate of the all-girls school Holton-Arms in Bethesda, Maryland. Ford alleges Kavanaugh and one of his former classmates assaulted her at a party in the early 1980s while intoxicated. Alumni networks throughout the D.C. area have circulated petitions in support of both the accused and the accuser. 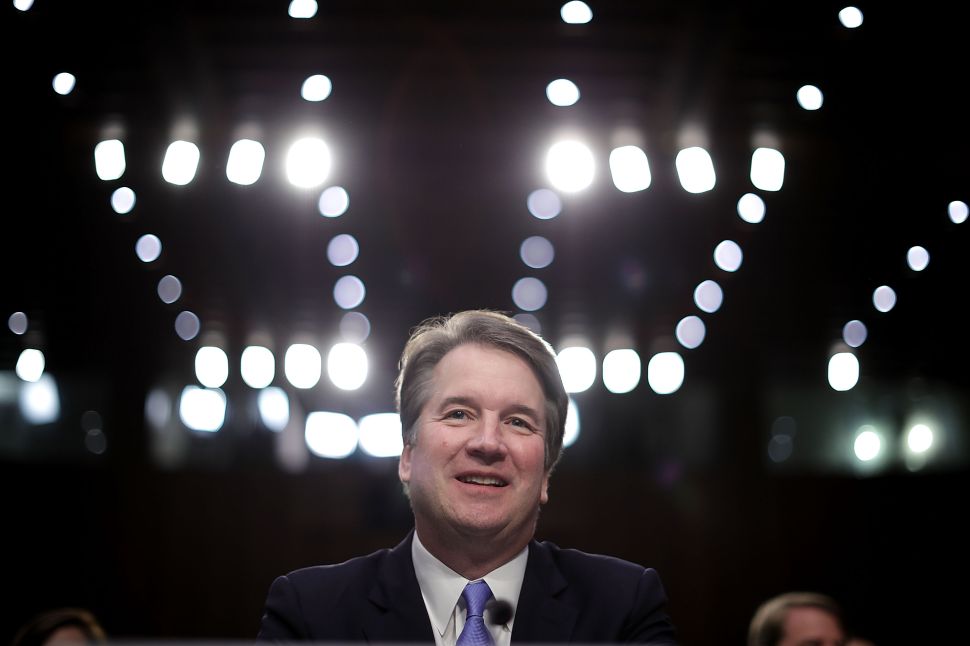