Living up to its reputation as a depository for boring, pretentious films nobody wants to see, the elitist New York Film Festival enters its 56th year in full swing. There are some exceptions: Alfonso Cuarón’s Roma, a meticulous examination of upper-middle-class society in Mexico City; blistering documentaries about two repellant subjects, Roger Ailes and Steve Bannon which, no matter how dispiriting, must be seen; a gorgeous documentary about Maria Callas; and Carey Mulligan in a nice little directorial debut by actor Paul Dano called Wildlife that is about as close to anything commercial as this clambake ever gets.

Picking the worst of 30 mostly forgettable films in this year’s event is very difficult. There are so many contenders. Worst of the worst, the winner hands down is an epic disaster called The Other Side of the Wind, comprising crudely edited clips from 1,000 miles of footage from Orson Welles’ final film, a real mess missing for more than 40 years. Plotless, moronic, amateurish and unwatchable, this excruciating junk pile shows nary a shred of the great director’s faded talent. Out of respect, it should have remained in a vault for at least another century. Not only the worst film in the 2018 New York Film Festival, it also qualifies as the worst film ever made, but since it was never finished, I guess you could more accurately call it the worst film never made.

That saves something called High Life from the “worst film” label, but it comes dismayingly close. An unwatchable sci-fi creep-out by eccentric French director Claire Denis, it stars Robert Pattinson, who devotes himself these days to art films in an effort to live down his reputation as a sexy television vampire. (Did anyone see him miscast as Lawrence of Arabia in Werner Herzog’s Queen of the Desert?) He now emerges subdued, anemic and decimated in High Life, a sort-of astronaut named Monte, acting as the commander of a space ship full of prisoners exiled from the planet Earth, floating aimlessly through the galaxy on their way to a “black hole” from which there is no return.

Actually none of them ever give their destination, because they’re all dead.

Except Monte and a cute baby.

It is never clear how any of the convicts got there in the first place, or why they are dying of a mysterious virus that leaves them bouncing forever through the universe in suspended animation like floating puppets, despite the fact that the corpses are seen fighting, debating the existential meaning of life, and slinking around in flashbacks, but it is clear that they are all controlled by Juliette Binoche as a mad scientist called Dr. Dibs who devotes herself to breeding the inmates in sex experiments against their will, conducted for the dire purpose of continuing the human race. Watching her creeping around in the dark shadows of the space ship waving hypodermic needles to extract sperm samples is funnier than it is scary.

Pattinson and his daughter float on, still heading for the black hole of oblivion, along with the movie itself. The girl grows up wondering what the future holds. You’ll wonder, too. Will the continuation of the human race depend on Monte and his daughter? Don’t even think about it.

High Life, which should be called High Death, is baffling, non-linear to the point of near-schizophrenia, and despite all of the computer technology, sadly resistant to any kind of production design you could call innovative. Its abstract ideas about life and death don’t make one lick of sense and the director’s refusal to acknowledge such old-fashioned values as plot, character development and narrative tempo just makes it all the more abstruse. Pretentious critics compare it to Stanley Kubrick’s 2001: A Space Odyssey, which it in no way resembles. In truth, Claire Denis seems more fatally inspired by Russian director Andrei Tarkovsky’s deadly Solaris. When I saw it, even a few of the people who hated it were calling it “Like nothing you’ve ever seen before.” Wanna bet? High Life is so retro it could have been made on the old Universal back lot in 1950. (Opens commercially Nov. 7.) 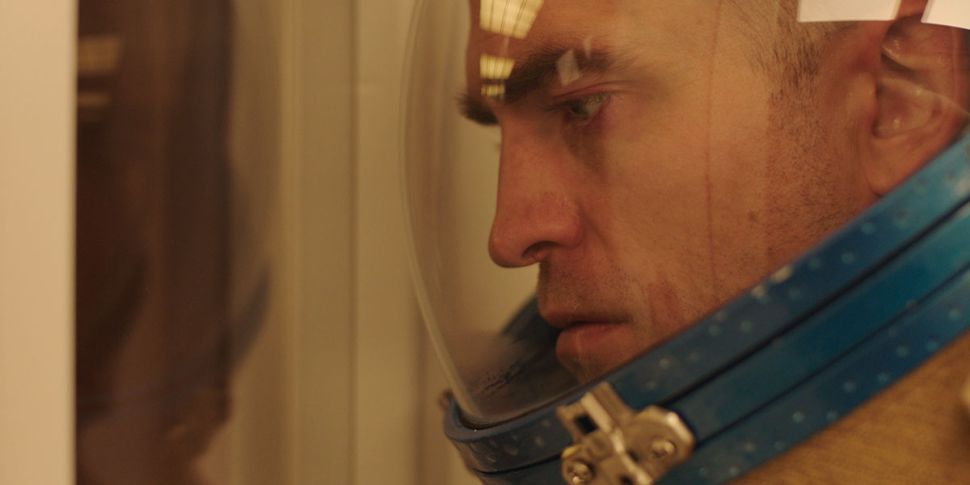