It’s official: Netflix’s House of Cards will kill off Kevin Spacey’s Frank Underwood in its sixth and final season.

What We Know About Season Six

The confirmation came today as Netflix released a brief teaser clip with Robin Wright’s Claire Underwood standing in front of Frank’s grave and declaring, “I’ll tell you this though, Francis. When they bury me, it won’t be in my backyard. And when they pay their respects, they’ll have to wait in line.”

This confirms what many fans have speculated since Netflix booted Spacey from the show following numerous sexual misconduct allegations. It had previously announced that Wright would take center stage in the eight-episode final season.

As has become customary in House of Cards, Claire delivers the last line of dialogue by breaking the fourth wall and speaking directly to the audience. Remind us not to trifle with Madame President. Ever.

Netflix has been championing its split from Spacey in its marketing for Season 6, beginning with the July 4 teaser in which Claire celebrates her independence from Frank.

A message from the President of the United States. pic.twitter.com/yx0P3qyHfW

What We Don’t Know

How the series will do away with Frank remains to be seen, but the easiest explanation may have been set up in Season 4 following the assassination attempt on the villainous president’s life. As a result of his gunshot wound, Frank almost died before receiving a liver transplant. It would be simple to attribute his death to latent complications from the surgery. Or perhaps Claire had a more nefarious role in his demise… 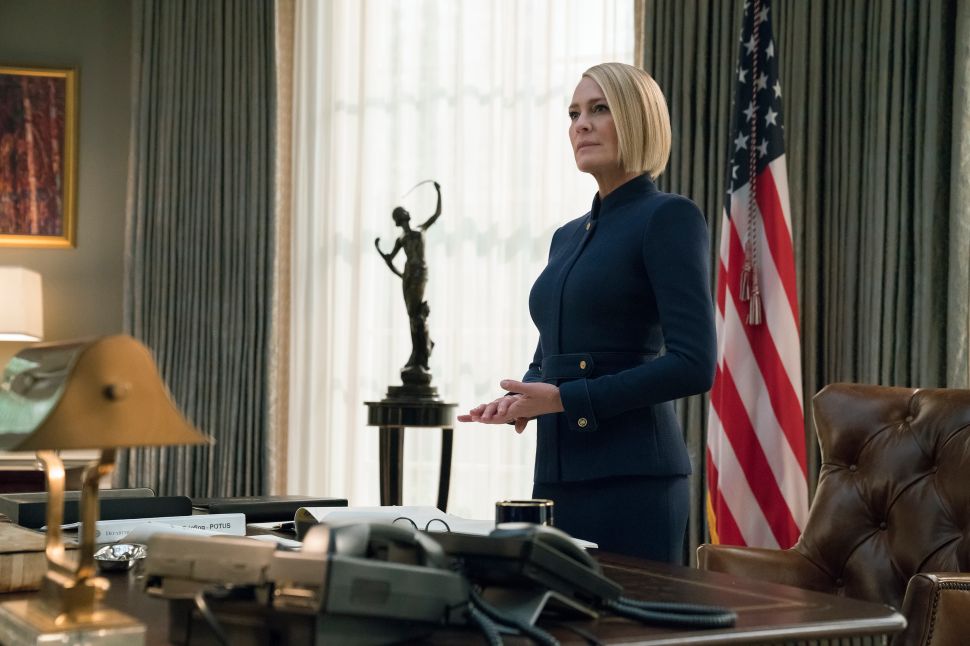