You’ve probably already noticed that comic book movies are suffering from the disease of more. More characters, more locations, more battles, more effects, more everything. More often than not, they are growing without expanding. That’s not always a bad thing—Avengers: Infinity War staved off criticisms for its bloat with its expert spectacle. But from the very first Avengers through Suicide Squad, Captain America: Civil War and Justice League, it no longer seems to matter if a superhero movie is good or bad as long as it’s stuffed with colorfully caped characters quipping endlessly.

But after repeated false starts over the past five years, Warner Bros. is tearing down that formula. The studio’s new gamble will be Joaquin Phoenix’s Joker, a pared-down, mid-budget, character-focused tale with an R rating.

When it was first rumored that Warners was considering a Joker origin movie disconnected from the DC Extended Universe, we hated the idea but liked the strategy behind it. Experimental, filmmaker-driven stand-alones not beholden to the limiting web of interconnected storytelling? It sounded like the perfect departure from Marvel’s episodic blockbusters. However, a look into the past of the Clown Prince of Crime betrayed the very nature of the character, whose big draw is his mystery. On top of that, having Phoenix’s Joker and Jared Leto’s version of the character exist at the same time seemed like a needlessly confusing exercise in testing the tolerance of an already beleaguered audience.

And yet, it might just work. As director Todd Phillips has teased more and more of the film, sketching a rough picture of the world it’s going to create, we’re increasingly drawn to the idea. From the jump, Warner Bros. has positioned Joker as a crime drama that finds its inspiration in Martin Scorsese’s Taxi Driver and The King of Comedy. The former is a raw psychodrama about urban indifference as seen through the schizophrenic mind of a deteriorating man; the latter is a prescient and unanchored satirical dramedy that manages to evoke sympathy for its delusional protagonist.

Warner Bros.’ official announcement of the project described the Joker story as “an exploration of a man disregarded by society [that] is not only a gritty character study, but also a broader cautionary tale.” Cookie cutter this is not. Joker aspires to the right kind of more.

Marvel produces some truly great blockbusters that entice and entertain, but they are manufactured to excel within the confines of a rigid (though increasingly bold) studio system. They are designed to appeal to as wide of an audience as possible. Forget Robert Downey Jr. and Chris Evans—the formula is the real star of the Marvel Cinematic Universe. There’s nothing wrong with that approach, but at a certain point it puts a ceiling on potential.

Joker feels like it’s operating on a different spectrum. Like the most exciting modern superhero films—Unbreakable, The Dark Knight, Logan—it seems to want to treat darkness as something to be explored, not a danger to be avoided. The film has a stellar cast—Robert De Niro, Zazie Beetz, Frances Conroy and a host of other talented actors—to help flesh out the tale of one of the most troubled villains in pop culture. And considering that tale will be strange and harrowing, Phoenix may be the perfect person to lead the proceedings. The versatile star does his best work when creating a character from the ground up (see: Gladiator, The Master, Her), and he’ll do that here. The more damaged he is, the better.

Batman v Superman: Dawn of Justice producer Deborah Snyder, wife of director Zack Snyder, said that what they learned from the criticism of BvS was that “people don’t like to see their heroes deconstructed.” But that’s not true at all—we like when they’re deconstructed, as long as their essence remains intact. Everything we’ve seen from Joker so far looks and feels authentic.

The blue triangles around the Joker’s eyes conjure the real-life horror unleashed by serial killer John Wayne Gacy, who worked as a clown, and the film’s 1970s music harks back to the era in which Gacy murdered his victims. Tonally, this is impressive—it hints that Phillips is reinventing a very familiar character, and it’s far scarier than plastering the Joker in tattoos. Nothing about it feels like a comic book movie.

It’s fair to wonder what’s left to say about Batman’s greatest—and most revisited—foe. Cesar Romero turned him into an innocuous jester; Jack Nicholson made him a jubilant gangster; Heath Ledger painted him as a cunning anarchist; Leto rendered him an outright psychopath. Where can Phillips and Phoenix take him now?

But at its core, the Joker has always represented the potential for madness in all of us; he is the “personification of the irrational,” writes The Many Lives of Batman author William Uricchio. To witness his descent into derangement is to witness a cautionary tale, but it could also serve as an act of twisted wish fulfillment. This worked for 1988’s DC comics graphic novel The Killing Joke.

It’s also fair to question if Phillips is the right fit for the material. The 47-year-old director is best known for The Hangover trilogy. How can someone who has spent his career making Road Trip, Old School and other comedies be trusted with one of the comic book world’s most sacred characters? The answer: Because there is emotional truth in laughter that is one step away from pain. Timothy Olyphant told Observer earlier this year that he doesn’t see “any difference between comedy and drama. It’s all the same. I’ve always played my dramas for comedy and my comedies for drama.” Maybe an outsider who has worked in comedy but never on a comic book film is an inspired choice for a portrait of a maniac known for being tragically hilarious.

There’s plenty of weirdness surrounding Joker. Yes, Phillips seems like an odd pick, and yes, the project seems superfluous given that Jared Leto is already starring in a Joker spin-off. Also, why did Alec Baldwin suddenly leave his role as Thomas Wayne? But weird is something that has been sorely missing from superhero movies—remember how bonkers Tim Burton’s Batman Returns was?

In the end, Phoenix may have the last laugh. And what a laugh it will be. 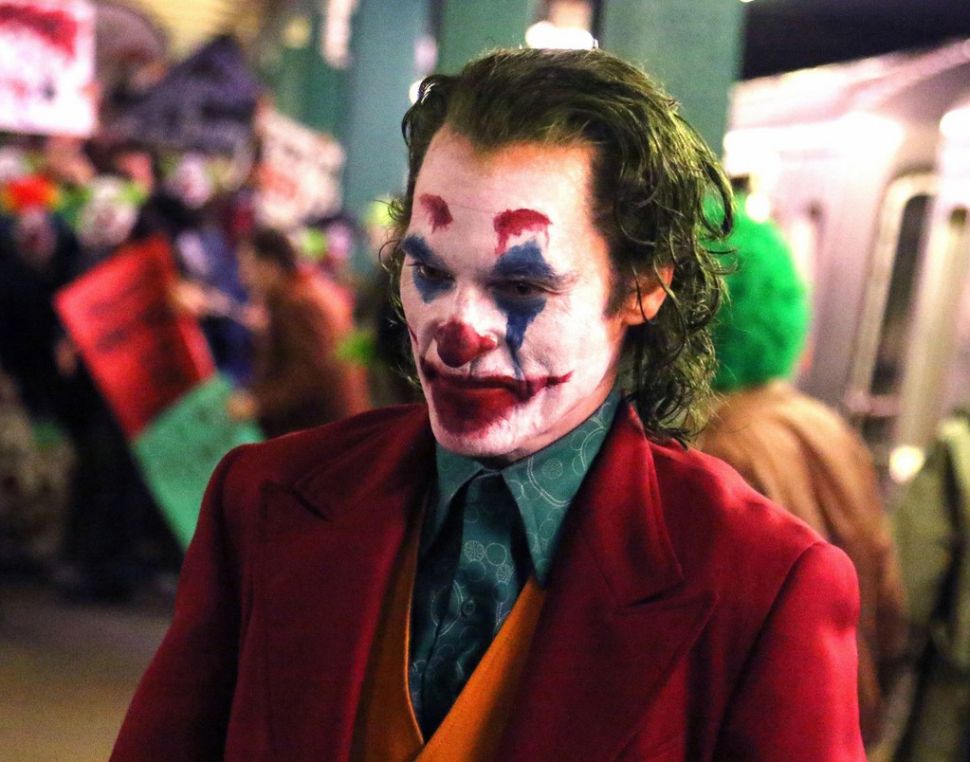