At the TechCrunch Disrupt conference on Wednesday, Juul Labs co-founder and chief product officer James Monsees addressed the PR-embattled status of the e-cigarette brand, discussing the company’s ethics when it comes to marketing their nicotine-laden product to adult smokers rather than teens.

PAX Labs, the start-up behind Juul, is being investigated by the F.D.A. so it can be determined whether the company intentionally marketed their product to adolescents, reported The New York Times last week.

Since its inception, the company has boasted that its centerpiece products—sleek USB-like contraptions that can be charged and loaded with “pods” that enable the user to inhale nicotine-laced vapor without the toxic tar present in conventional cigarettes—are a healthy alternative for adults who want to eventually quit smoking altogether. At TechCrunch, Monsees elaborated on this point, saying that the company wants to raise the national smoking age to 21 and that it is working with the F.D.A. to produce a study about underage consumers.

“What we can start to do is give consumers better visibility and control over their usage,” said Monsees, “so if a consumer wants to quit our product, we will give them the tool sets to do that in the smoothest possible way.”

Juuls have been adopted en masse by teenagers and pre-teens, who effectively turned the practice of vaping into a meme. As opposed to smoking, “Juuling” provides a decidedly millennial-centric relaxation method. The charge lasts forever, so you can essentially Juul all day long without contending with the foul odor of cigarettes. The question the F.D.A. is trying to answer is whether PAX Labs deliberately worked to appeal to this impressionable market.

“Juuling and scrolling through Instagram offer strikingly similar forms of contemporary pleasure,” Jia Tolentino wrote in The New Yorker. “Both provide stimulus when you’re tired and fidgety, and both tend to become mindless tics that fit neatly into rapidly diminishing amounts of free time.”

“If you were to design your ideal nicotine-delivery device to addict large numbers of United States kids, you’d invent Juul,” Jonathan Winickoff, a pediatrician at Massachusetts General Hospital and a professor at Harvard Medical School, told Tolentino. “It’s absolutely unconscionable. The earlier these companies introduce the product to the developing brain, the better the chance they have a lifelong user.”

some teens in Williamsburg just asked me for a Juul pod and i was so shocked i just yelled “you’re like 14!!” and lectured them on how bad it was

Regardless of the F.D.A.’s conclusion, Juuls have already become a phenomenon among adults and young adults alike, and the effects of nicotine dependency are lasting.

“Honestly, I’m trying to quit and I know a lot of kids who are quitting,” a high schooler named John told New York magazine when interviewed about his Juul habit. “Any addiction isn’t good. People are using it all the time, [and] most of them weren’t smoking before, which is the funny thing. Most kids these days use it because they saw their friends using it.” 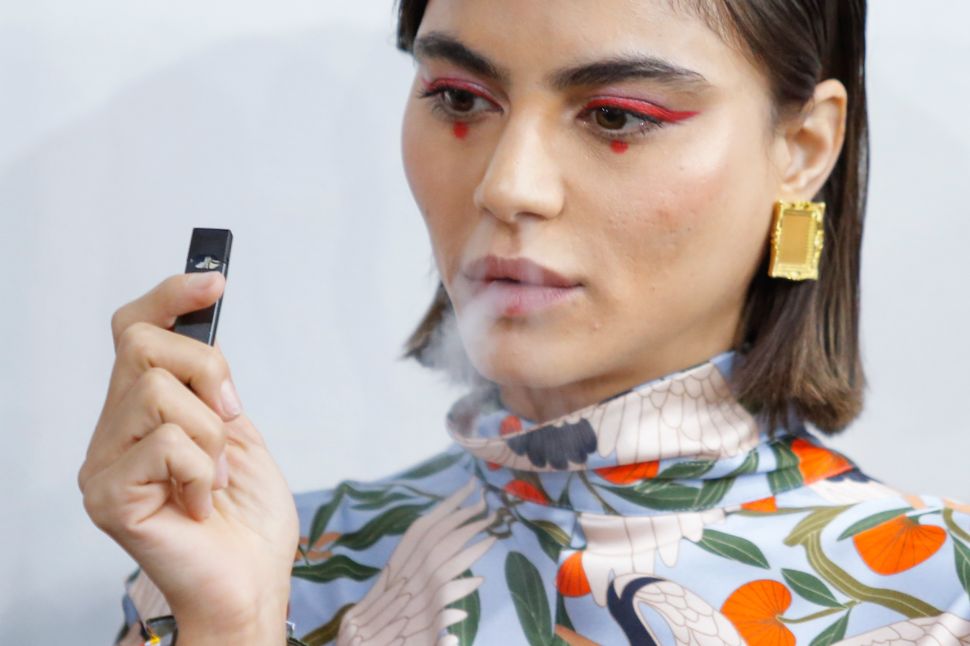