Kylie Jenner is having a momentous few weeks, starting with her trying cereal and milk together for the first time. It’s hard to one-up that culinary adventure, but she may have come close when she off-loaded one of her Hidden Hills homes, which she did in a very non-Kardashian/Jenner way, selling it under the radar.

The Kylie Cosmetics founder parted with the 7,040-square-foot Calabasas pad in an off-market deal with no extra publicity or marketing. Shocking, we know.

According to property records first spotted by Variety, Jenner netted $6.7 million in the sale, which is a decent uptick from the $6.025 million she paid for the house back in May 2016. Sadly, since this was an off-market sale, no new photos or official listing updates are available, but we do know what the six-bedroom, six-and-a-half-bathroom space looked like when Jenner first scooped it up.

Sitting on 4.46 acres, the relatively new home was built in 2015. The master suite is on the ground floor and has a fireplace, access to a covered patio and a massive stone bathroom. Each of the bedrooms has an en suite bath to prevent fighting over lengthy showers.

The open kitchen is fitted with stainless steel appliances and contains a center island and stone countertops—a perfect place for cereal and milk.

There are hardwood floors throughout the home, which has a formal living room as well as a formal dining room, in addition to a family room with a fireplace.

The residence also has a refrigerated wine cellar and a theater room, though we do wonder if Jenner transformed one of the spare spaces into a Birkin closet.

a few of my favorite things ✨

Outside, there’s a solar-heated pool and spa, plus a covered patio with a built-in barbecue, fountains and an exterior pool bathroom.

Now that Jenner has sold this home, she’s down to one property in Calabasas. While that seems perfectly adequate for most, Jenner once owned at least four properties in the Kardashian-beloved enclave. Her main—and now sole—residence is a 13,000-square-foot Hidden Hills mansion, for which she paid more than $12 million in 2016. That’s where she’s devoted a full walk-in closet exclusively to her purses, and probably one just for makeup emblazoned with her own name.

Jenner has also off-loaded another property she owned in Hidden Hills, though it didn’t come with any customizations—it was a $5.55 million plot of dirt, which she listed for sale in late August. She managed to secure a buyer for it in less than a month, though the final sales price was a slightly decreased $5.35 million. We doubt the near-billionaire is sweating the discount. 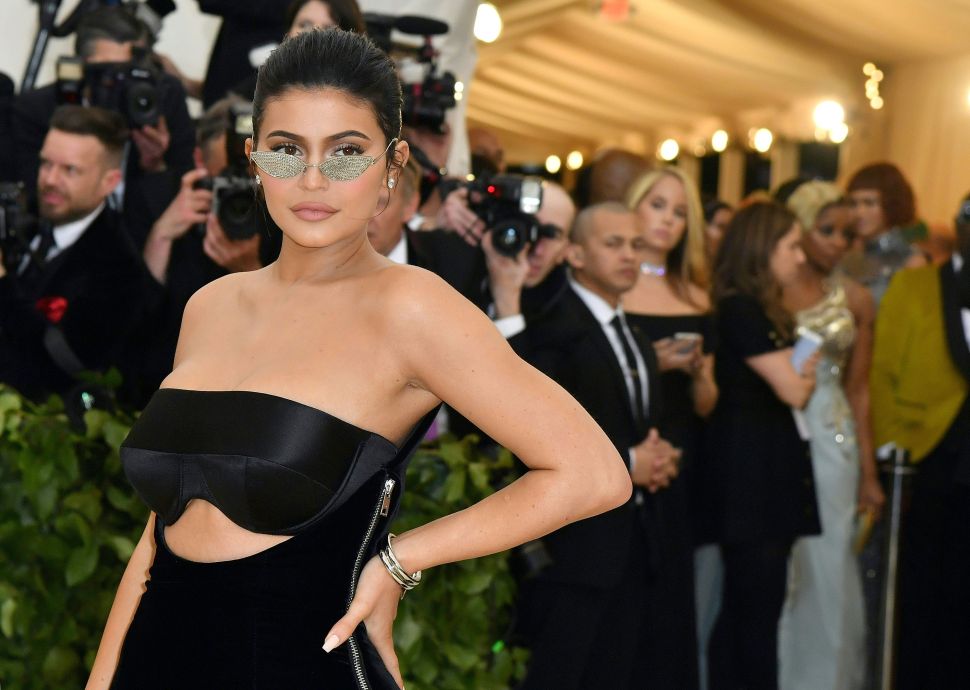