“I know I’m a single white man from South Carolina and I’ve been told to shut up but I will not shut up,” Graham boomed to the Senate Judiciary Committee.

“I do believe something happened to her,” said Graham. “I don’t know when and where, but it wasn’t Brett Kavanaugh.”

Sen. Lindsey Graham says he believes "something happened" to Dr. Blasey Ford, but he doesn't "believe it was Brett Kavanaugh," and based on her testimony, a prosecutor in America "couldn't get out of the batter's box." https://t.co/NmIZm7XrXq pic.twitter.com/Mg8aKEFZmw

After lambasting Ford’s allegation as a “case [that] won’t be brought in Maryland or anywhere else,” Graham called the precedent established by Kavanaugh’s confirmation “the end of any concept of the rule of law.” He also gave the Democratic committee members a warning should Republicans hold control of the senate after this year’s midterm elections.

“It’s the beginning of a process that will tear this country apart,” said Graham of the Kavanaugh hearings. “And if I am chairman next year, if we keep the majority and Senator Grassley moves over, I’m going to remember this.”

“If you try to destroy somebody you will not get away with it,” continued the senator.

Concluding his grandstanding, Graham told Kavanaugh’s daughters that he was proud of their father and he believes he is “a good man.”

The South Carolina senator has become one of Kavanaugh’s fiercest advocates in Congress, and has used the hearings to address a cultural referendum on allegations of sexual misconduct.

“This is Hell,” erupted Graham on Thursday. “This is going to destroy the ability for good people to come forward because of this crap!” 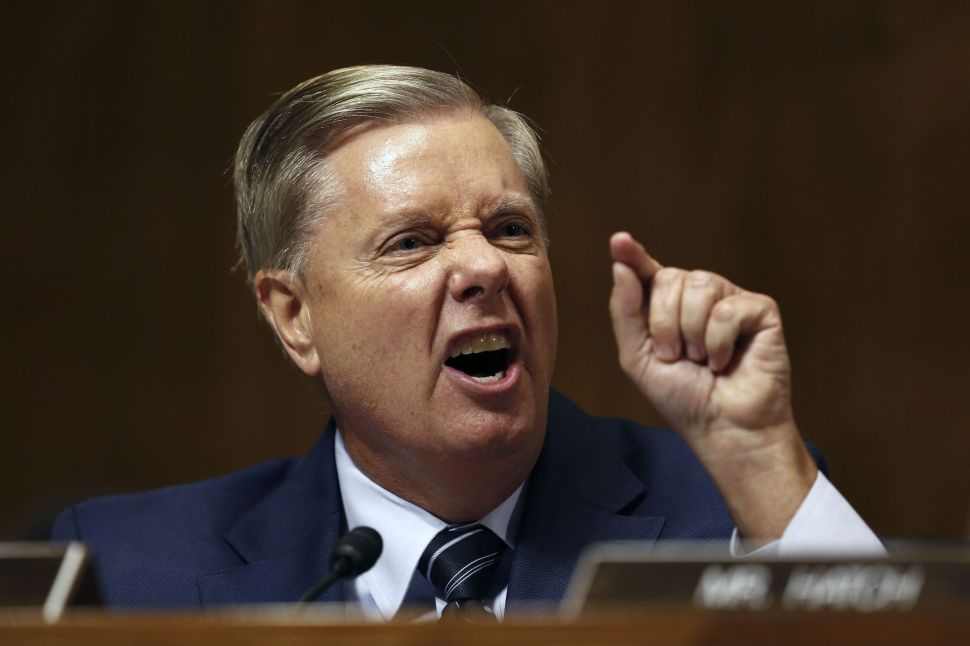