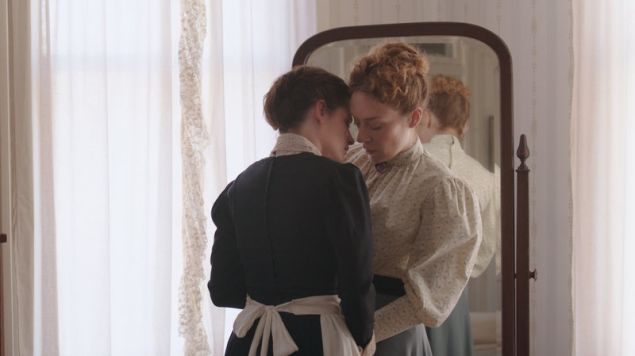 There is something strikingly of the moment about this feminist, smash-the-patriarchy retelling of the legend of Lizzie Borden, the middle-aged child of privilege who, most historians and school children agree, put an axe through the head of her father and stepmother one late summer day in 1892.

The film, a longtime passion project of star and producer Chloë Sevigny, is an attempt to grab hold of the #MeToo rage that has taken over our public discourse and use it to reshape our understanding of what happened all those years ago in Falls River, Massachusetts. It does this by creating an artsy, haunted house film—the kind that have dominated our midnight movie programming since the first Conjuring installment came out five years ago. But instead of demons, the evil at hand in Lizzie is the brutish condescension and sexual violence unleashed with indifference by men in power, and it is every bit as horrifying.

That said, there is a cool detachment to the presentation of the story that, while perhaps fitting for a movie about a crime so carefully calculated it defies imagination, nonetheless serves to undercut the film’s high stakes.

According to director Craig William Macneill (2015’s The Boy) and screenwriter Bryce Kass, Borden thought through her crime so completely that she committed it in the buff so as to not stain her dress with blood. While a naked Sevigny delivering her 17 whacks (not 40 like the song would have you believe) upon her wicked stepmother (Fiona Shaw) is certainly some B-movie splatter imagery for the ages, in the icy remove of the director’s eye, the effect ends up less cold-blooded than simply cold. Despite the outcome, it’s also somewhat bloodless.

With the Borden story having already been, in addition to the famous children’s song, the basis of a ballet, an opera, several plays, a musical, a 1975 TV movie starring Elizabeth Montgomery and a 2014 Lifetime movie starring Christina Ricci, the details of the story are well-known to anyone with even a passing familiarity with 20th century pop culture.

This telling plays up the theory that Lizzie, who never married and had no known suitors, had an affair with the Borden’s Irish house maid Bridget Sullivan (Kristen Stewart). It also posits that it was Bridget, not Lizzie, who was being sexually exploited by Lizzie’s father (veteran movie “that guy” Jamey Sheridan). The abuse Lizzie suffers in the movie is more psychological and verbal: her father calls her “an abomination” after catching her in the barn with Bridget, and says things to her like, “your arrogance borders on the stupefying.”

By casting the notably low wattage Sheridan as the father, the film makes it clear that its target is the system that allows men to abuse their place of power rather than this one individual who chose to do so. While Sevigny plays Lizzie as rugged, serious and nobody’s victim, her portrayal falls short of being psychologically nuanced. Beyond her yearning to be free, her inner life remains every bit as opaque as it did at her trial, where a jury famously acquitted her after an hour and a half of deliberation. (This film only spends a few indifferent moments covering the event, which was the O.J. trial of the late 19th century).

The real star of the film is the stifling domestic repression of the late Victorian era, encapsulated by the many ways Macneill and his cinematographer, Noah Greenberg, capture light. Whether it is a single candle bouncing off a dark window at night or gas lamps reflecting off a perfectly polished dinner table (the skinflint Mr. Borden liked to keep his house dark), the illumination in Lizzie feels as thick as margarine and twice as foul.

While you wish the characters were a little more fleshed out, the light effectively traps you within that airless era. As terrible as every new #MeToo revelation continues to be, when the movie is over, you feel very fortunate that unlike Lizzie, you are able to escape into the present. 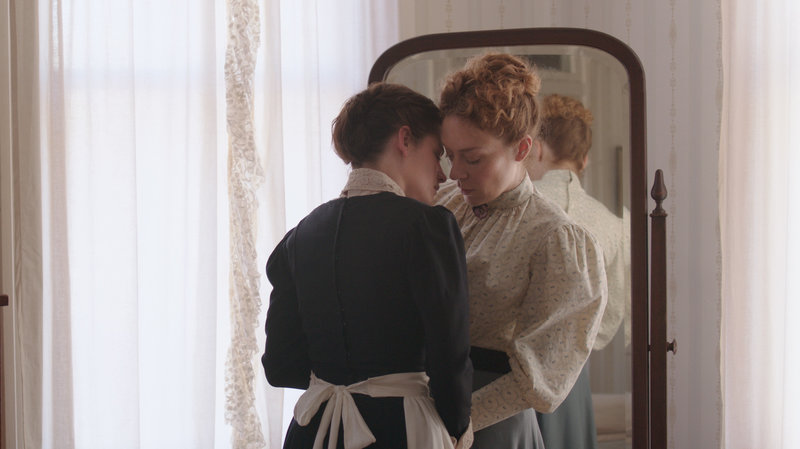