Before Meghan Markle married Prince Harry and became a duchess, she was known for her role on Suits, Hallmark films and her lifestyle blog, The Tig. The blog was filled with workout and wellness tips as well as fashion and beauty advice, and it had a big focus on food—never forget Markle’s engagement chicken. So it’s not altogether surprising that her first official solo charitable endeavor as a royal is culinary-related.

Kensington Palace has announced that Markle is supporting a charity cookbook titled Together: Our Community Cookbook, which is composed of more than 50 recipes created by local women who were affected by the Grenfell Tower Fire. Following the tragedy, the women came together at the Hubb Community Kitchen in West London, preparing fresh food for their local areas.

"The Hubb Community Kitchen is a place for women to laugh, grieve, cry and cook together. Melding cultural identities under a shared roof, it creates a space to feel a sense of normalcy – in its simplest form, the universal need to connect, nurture, and commune through food, through crisis or joy – something we can all relate to." The Duchess of Sussex is supporting a new charity cookbook, which celebrates the power of cooking to bring people together – visit the link in our bio or our IGTV channel to watch the full film #CookTogether

The Duchess of Sussex, who is supporting the project through her role as Patron of the Royal Foundation, wrote the foreword to the book, which is being published by Penguin Random House. The proceeds will support the Hubb Community Kitchen, helping it to stay open seven days a week as well as expand.

In a new video Markle says that she first visited the community kitchen in January and “immediately felt connected…Like these women, I am passionate about food and cooking as a way of strengthening communities.”

The Duchess of Sussex is supporting a new charity cookbook, which celebrates the power of cooking to bring people together – visit the link in our bio or our #IGTV channel to watch the full film. #CookTogether ‘Together: Our Community Cookbook’ showcases over 50 recipes from women whose community was affected by the Grenfell Tower fire. The proceeds from the book will support the Hubb Community Kitchen, enabling it to stay open and to thrive.

The book will officially be released this Thursday, September 20, coinciding with a special celebration at Kensington Palace in which the Duchess of Sussex will head into the kitchen. She and some of the women from the Hubb Community Kitchen will whip up recipes for a select number of guests, including members of Ebury Publishing (a division of Penguin Random House) Press), Al Manaar Muslim Cultural Heritage Centre and The Royal Foundation.

Yes, that means guests will dine with members of the royal family—Prince Harry is definitely attending, and Prince William and Kate Middleton will likely make an appearance, even though the Duchess of Cambridge is technically still on maternity leave.

The lucky diners at the event will reportedly be enjoying delights like coconut chicken curry, spiced mint tea and caramelized plum upside-down cake. One less classy item that we assume will be left off the menu and excluded from the book is Markle’s favorite zucchini pasta sauce, which she described on her now defunct blog as a “filthy, sexy mush.” 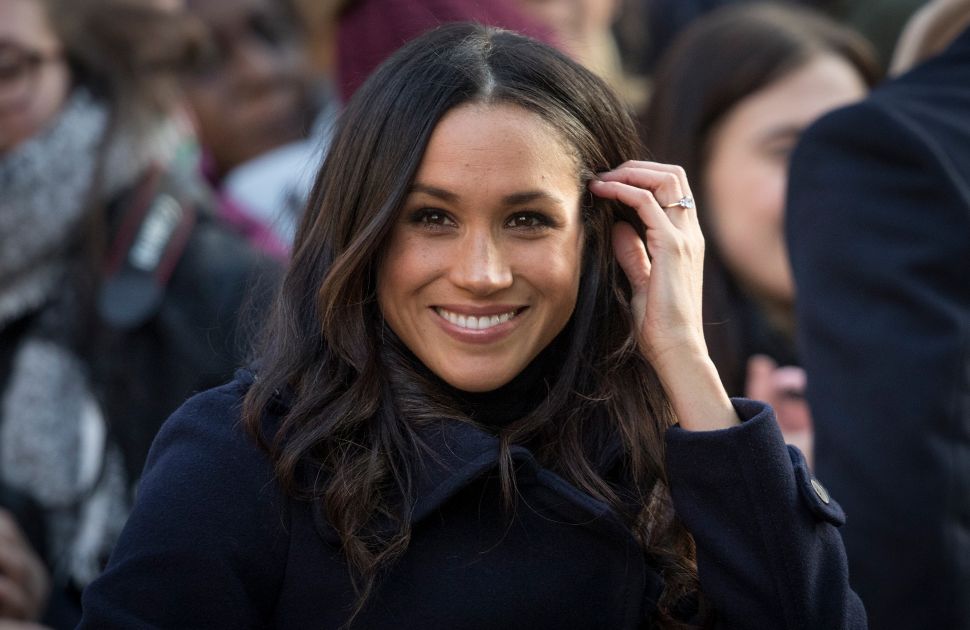