This has not been a year of sound decision-making at the Metropolitan Museum of Art. In January, the storied institution announced it would reverse its long-held “pay what you wish” admission policy. Despite much outcry, in March 2018, the museum began charging out-of-state residents the full entry price of $25—an exclusionary policy in which the greatest treasures in the world are made available only to those who can afford the ticket.

On Friday, we learned that short-sighted financial decisions continue to plague the Met, when the museum announced a plan that would allow the Frick to take over their Breuer building lease in 2020. This about-turn, made only two years after the Met moved into the building in 2016, will cut short their eight year lease of the Whitney-owned building, which expires in 2023. Friday’s press release had already disposed of the Met’s branding—the building is no longer referred to as “the Met Breuer” but “the Whitney’s Breuer Building.”

There’s nothing good about this announcement. The plans will solve only the Frick’s need for a temporary space while its Gilded Age mansion receives a renovation to transform the lobby into a Starbucks-inspired entranceway. Meanwhile, the Met will be eliminating the one contemporary art program at a major NYC institution that was meaningfully tackling the problem of diversity in museums. Since moving into the building in 2016, they’ve launched a string of shows drawing upon the museum’s vast collection to present much-needed (and applauded) career surveys of artists like Kerry James Marshall and, more recently, Jack Whitten.

Attendance may not have met expectations, but in 2017 they brought in 505,590 visitors, beating the Whitney’s 2009-10 record of 372,000. They could have easily grown these numbers with a bit of time and better marketing. Compare the Met’s move to the Breuer two years ago to MoMA’s temporary relocation to Queens in 2002. The latter literally held a procession out to the new location, organized by the artist Francis Alÿs. By the time the MoMA press team was done, museum goers thought it was some kind of treat to be heading out to Queens on a subway car full of Mets fans. Whereas the Met branded its contemporary relocation with a botched new logo, only lowering viewer expectations of the space.

It’s missteps like these that reveal the Met’s failure to understand its own strengths and weaknesses. The Met’s main, Fifth Avenue location has no comparable space to the Breuer building, which is completely unique in its ability to add a sense of scale and history to the shows it presents. Further, piloting the contemporary art program in the temporary space of the Breuer would have allowed the curatorial team to build up its skills prior to the launch of the museum’s planned renovation of the modern and contemporary wings.

But what is the status of this renovation plan anyway? Met CEO Daniel Weiss claimed in the release the renovation for the modern and contemporary wings will still be going forward, but they have no funders and no estimated start date for the project. Nothing was mentioned about the current curatorial staff, whose jobs now seem unstable at best. The contemporary wing does however have a new reduced budget—it’s now $500 million, down from $600 million. In short, eliminating the Met Breuer’s exhibitions will be a loss for which there is no contingency for replacement.

Weiss told The New York Times the decision would save the institution approximately 45 million—not nothing, but also an incomplete accounting of the costs. The museum retains the financial responsibility for the building, with the Frick taking on only a portion of those overhead expenses. And after the Met’s disputable claim that revenues hadn’t increased with visitor numbers last January—a justification for their change in admission policy—any number they throw out now is suspect.

The admissions debate revealed a lot about the museum’s gratuitous cost cutting—during that time, economics blogger Felix Salmon pointed out that the Met’s multi-billion dollar endowment makes them one of the richest museums in the world. They could have easily afforded to maintain the free admissions policy, and gained nothing by the change beyond making art less accessible to the public. Now, they’re at it again, trashing a program that was uniquely poised to tackle the diversity problem in museums, inflicting a near incalculable cultural cost. The 45 million they’ll save hardly seems worth it.

For me, that’s a big part of what makes this news so depressing. More than any other time in history, new and exciting forms of art making dominate our culture, and yet museums are still showing the same roster of 200 or so A-list artists. Separated from the Met’s Fifth Avenue location, the Met Breuer seemed to offer a distinct opportunity—one of rebirth and a genuine shift away from the old institutional practice. The Jack Whitten show offered a glimpse of what this opportunity might look like—one that’s now squandered. 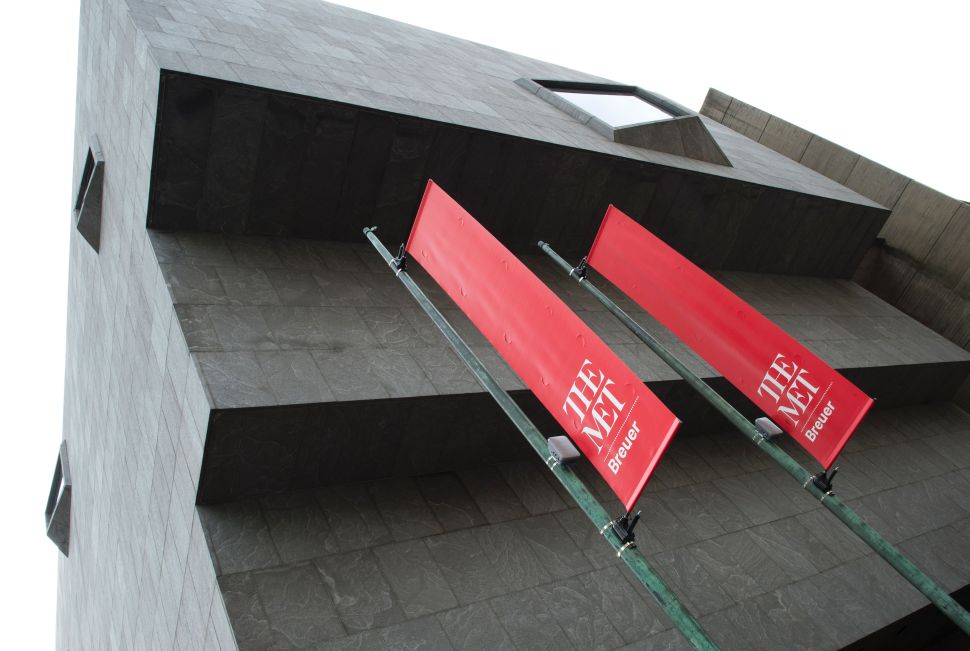