We “wanted America to know what my client looks like,” Avenatti told Observer via text message.

“We ask that her privacy and that of her family be respected,” added the attorney.

Here is a picture of my client Julie Swetnick. She is courageous, brave and honest. We ask that her privacy and that of her family be respected. pic.twitter.com/auuSeHm5s0

While Avenatti’s legal documents engulfed the news-cycle, reporters and right-wing commentators criticized his decision to post the picture.

“Tweeting her name and photo to ensure privacy from the online hate mobs,” sarcastically wrote a Daily Beast reporter.

Tweeting her name and photo to ensure privacy from the online hate mobs. https://t.co/LUoZd4SGZ0

how to ensure privacy and respect does not befall your client 101 https://t.co/p0DCqcCGkM

Yeah @MichaelAvenatti you don’t want privacy by posting Julie’s photo all over the internet. You want sensationalism. The way you use these women to benefit yourself is disgusting.

You want her privacy to be respected after you post her picture all over the place? https://t.co/2WWz00Pgne

“Ridiculous,” responded Avenatti when asked whether posting the photo constituted a form of doxxing. “Like people don’t have the internet?”

This isn’t the first instance where the attorney’s trigger-happy Twitter persona raised eyebrows. This past spring, Avenatti tweeted out the phone number for a Fox News booker he was communicating with regarding an appearance on Tucker Carlson Tonight. Immigration activists have also criticized his decision to tweet out the Alien Registration Numbers of his undocumented clients separated from their families.

“If she is running from violence, people could track her case… Or they could find out where she is detained via the ICE detainee locator,” immigration attorney Matt Archambeault told Observer in June. “People should take the time to learn first what the issues actually are and what are the downsides to easy hashtag policy.” 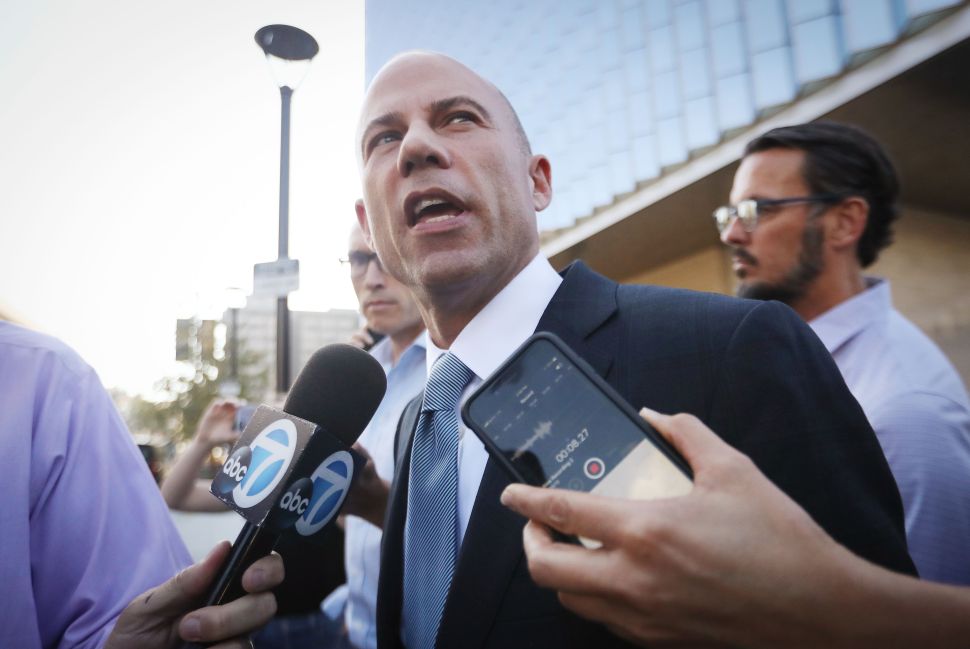