Barring a cataclysm, Andrew Cuomo will serve yet another term as governor of New York State after comfortably defeating progressive upstart and bagel criminal Cynthia Nixon in last night’s Democratic primary by a nearly two-to-one margin.

Many New Yorkers across the state, and across New York City, voted for Cuomo, the scion of a political family who has more or less been doing this his entire life. But many others did not vote at all on an Election Day marked by voting irregularities, registration issues and a bizarrely-timed memo from the New York City Housing Authority (NYCHA) instructing residents to stay home—on Election Day—for a “lead inspection.”

All of these complications are predictable and avoidable. In fact, many other states have adapted and/or enacted measures to avoid them—and lo, in those places, they are avoided! But not New York State, which has so far refused to do this.

As outlets including Slate and Gothamist reported, an as-yet untold number of residents attempting to vote at local polling places found that they were not on the rolls. Voters who attempted to vote but were forced to cast provisional ballots included the son of New York City mayor Bill de Blasio.

According to a memo sent by Nixon’s campaign to reporters in the hours following her loss, the areas of New York City most affected by these snafus were the areas where she polled best (not that it affected the result; Cuomo carried every area of the city with relative ease).

This latest “purge,” which follows a similar wipe of mostly people of color from voter registration databases, is a feature—not, as the saying goes, a bug—of existing election procedures in New York State.

On #NYPrimary day, #NYCHA asked its residents, mostly people or color, to remain home from 8 a.m. to 4 p.m. for an apartment inspection. Is that suss to you or nah? #VoteNYC pic.twitter.com/sj0HW0ntXy

A NYCHA spokeswoman told Gothamist that the inspections were “mistakenly” scheduled for Election Day and that it “shouldn’t” have happened. But, coupled with the registration issues and a history of similar nonsense, many voters took to social media to question whether it wasn’t deliberate voter suppression.

“People are right to be suspicious about this,” said Jonathan Brater, an attorney with the Democracy Program at New York University School of Law’s Brennan Center for Justice and a regular observer of elections. “We have seen very similar attempts to keep people away from the polling places: misleading mailings about when and where people are supposed to vote, fliers or billboards that make it seem like people could get in trouble because of outstanding warrants or tickets—a range of things generally known as ‘deceptive practices,’ meant to make it more difficult for people to vote or scare them away from voting.”

Compared to most U.S. states, it is already excessively difficult to vote in New York State.

Unlike other states including California, New Yorkers cannot vote by mail. They cannot register to vote on Election Day, and they also cannot “early vote,” a process—and a simple one!—in which municipal buildings like City Hall are open for weeks leading up to Election Day.

Any one of these options would allow citizens who work irregular schedules, can’t take time off work on Election Day—or receive really inconvenient notices from their landlords, who wield considerable power over their day-to-day lives—to go and vote. But New Yorkers enjoy none of these, for no appreciable reason.

And so many people who wanted to cast a ballot yesterday could not. Other people—who thought they could vote in Brooklyn had to go to Manhattan, or vice versa—were forced to travel long distances to vote. This is the system we have—the system Andrew Cuomo is overseeing and has overseen for a long time. For him, it’s working just fine. 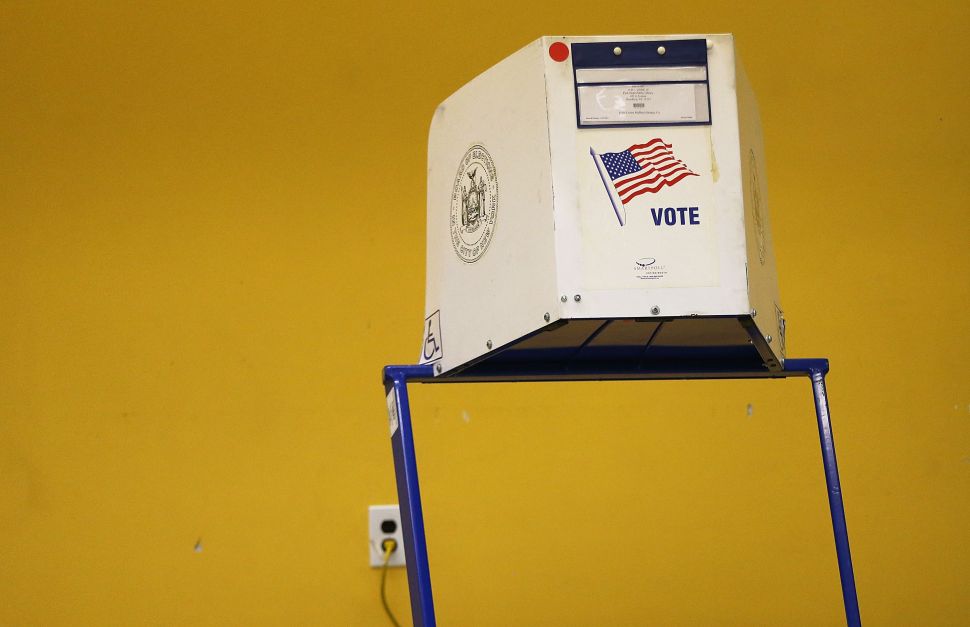