It’s that time again: Let’s pick apart the NFL’s declining ratings so we can ultimately blame Colin Kaepernick and the players’ protests against civil inequality! Hurray!

The 2018 season’s first Sunday Night Football airing, a back-and-forth, drama-filled matchup between the Green Bay Packers and Chicago Bears, snagged a 14.4/25 in metered market results, according to Deadline. That equates to just north of 22 million viewers, which easily won NBC the prime-time lineup but actually represents a 9 percent dip from 2017 and a 3 percent fall from 2016. As this is live programming, Nielsen’s numbers are subject to change as final tallies come in throughout the day, but reduced viewership would fit in with the NFL’s recent trends.

Last Thursday night’s NFL season opener between the Philadelphia Eagles and Atlanta Falcons fell 8 percent in the ratings compared to last season’s first game, according to Nielsen data (per The Wrap). But those with sociopolitical agendas in mind would be hard-pressed to blame player protests for both drops, as “severe” weather caused significant delays last week and last night’s SNF had stiff competition. Though Packers quarterback Aaron Rodgers returned from an early injury to toss three touchdowns and engineer a spectacular 24-23 comeback against the Bears, SNF going head-to-head with the 2019 Miss America Competition on ABC, Big Brother on CBS and a preview of the new Fox comedy Rel did it no favors. Sunday’s day games fared better than expected.

Still, this continues the multiyear trend of depressed viewership for the National Football League. Overall, NFL ratings were down nearly 10 percent across all game times last year compared to the year before. League commissioner Roger Goodell was likely hoping to get 2018 off to a strong start, and while Sunday night’s matchup does represent a 7 percent jump from Thursday’s season opener, not to mention it was the most-watched SNF offering in almost a year, it’s still not as high as years past.

NFL broadcasts are still the most reliable sources of chunk audiences on all of television—the average 2017 game was watched by 14.9 million viewers—but viewership has steady declined over the past several years. This is attributable to several factors, the first of which is a small but controversial boycott of players kneeling during the National Anthem, which President Trump has declared as a primary social cause.

STAND FOR THE NATIONAL ANTHEM! pic.twitter.com/oHk86YNi0v

Other factors include: game flow and a surplus of commercials; fans instead tuning into NFL RedZone, a channel that airs highlights from all active games; the dilution of the event via Thursday Night Football (which Fox just purchased for more than $3 billion per season); and good old-fashioned audience splintering.

The NFL isn’t the only marquee live television event struggling to keep eyeballs. This year’s Oscars hit an all-time low, as did last year’s Emmys, while Golden Globes ratings plunged 21 percent. Even President Trump’s most recent State of the Union address fell 6 percent. In the age of streaming, when we have an abundance of home entertainment, a decline in ratings is not an NFL problem—it’s a TV problem. 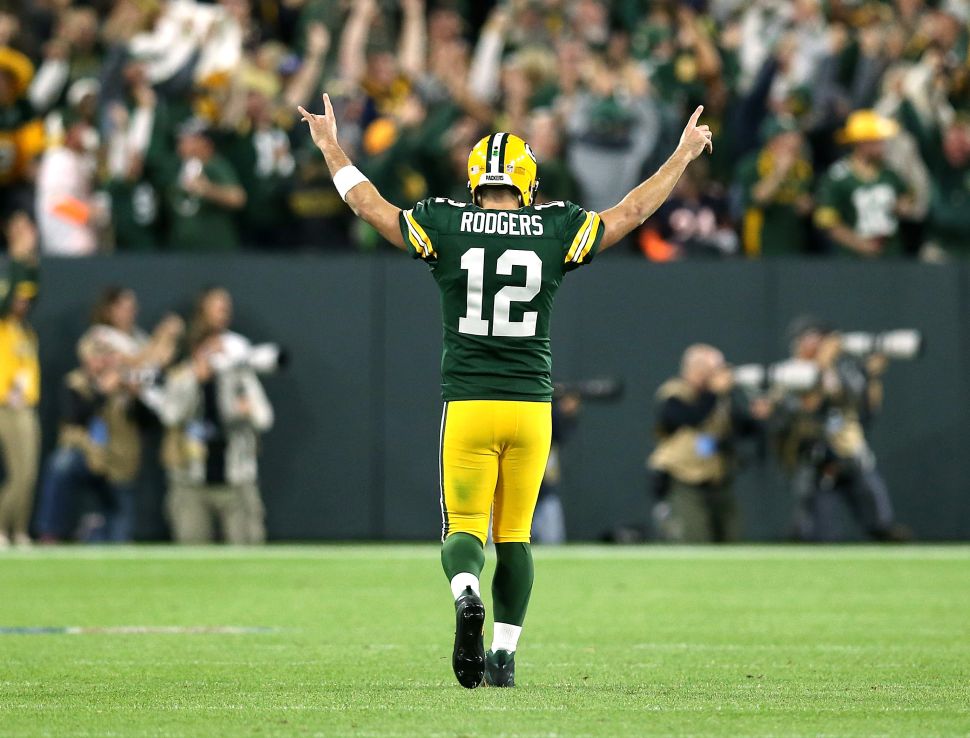