The New York Times was forced to print a correction on Friday over a misleading story concerning United Nations Ambassador Nikki Haley and curtains costing an excess of $50,000.

On Thursday, The Times reported that, as the State Department suffered “deep budget cuts” and “frozen hiring,” the agency “customized and mechanized curtains for the picture windows in Nikki R. Haley’s official residence.” According to contracts obtained by the publication, the curtains themselves cost $23,000, while the motors and hardwire ran $22,801.

The piece sparked fury from liberals, with Democratic Congressman Ted Lieu (D-Calif) calling for an investigation into Haley’s spending.

This is not okay. As a Member of the House Foreign Affairs Committee, I call on @HouseForeign Chairman @RepEdRoyce to hold an oversight hearing on @StateDept spending on @nikkihaley and her deputy. https://t.co/c2ipX1s79d

After backlash from conservatives online, and promises that editors were “reviewing” the story, the Grey Lady buckled.

Spox for @nytimes tells me that editors "are reviewing" the @nikkihaley curtain story.

“An earlier version of this article and headline created an unfair impression about who was responsible for the purchase in question,” wrote The Times in its correction on Friday. “While Nikki R. Haley is the current ambassador to the United Nations, the decision on leasing the ambassador’s residence and purchasing the curtains was made during the Obama administration, according to current and former officials. The article should not have focused on Ms. Haley, nor should a picture of her have been used. The article and headline have now been edited to reflect those concerns, and the picture has been removed.”

Even in its original report, former Obama White House officials were critical of the curtains.

“How can you, on the one hand, tell diplomats that basic needs cannot be met and, on the other hand, spend more than $50,000 on a customized curtain system for the ambassador to the U.N.?” Obama White House official Brett Bruen told the publication. 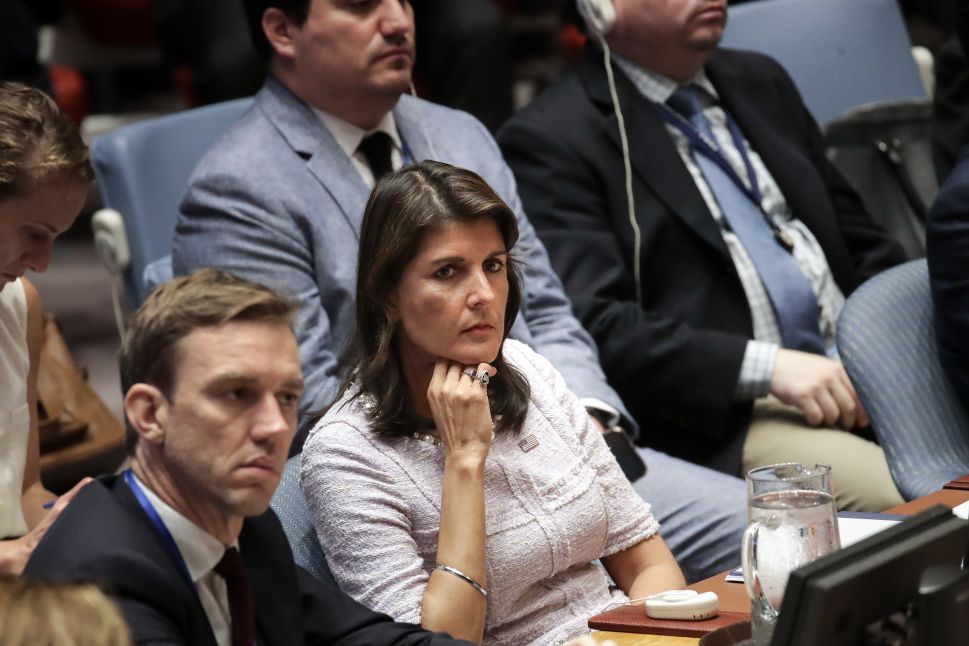