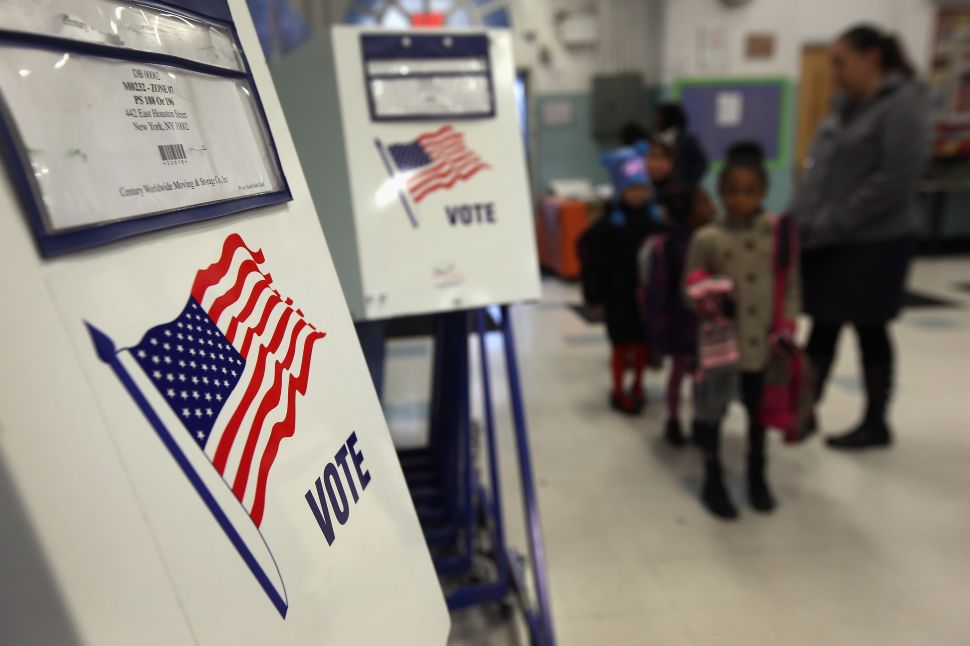 Critics are warning that an effort by Gov. Phil Murphy’s administration to increase voter participation might do the exact opposite.

“This law sucks,” state Sen. Declan O’Scanlon said in a story on NJ.com.

The new law says that people who voted using a mail-in ballot in 2016 are now automatically considered mail-in voters for 2018. That means a ballot will be mailed to them, and they will have to vote by provisional ballot if they go to a polling place on election day instead. County clerks are complaining that since the law was only signed in August, they have little time to figure out who used mail-in ballots two years ago and mail them new ballots in time for them to vote by election day. The law’s quick implementation is also forcing clerks to spend money that wasn’t budgeted as they work to comply in time.

A Murphy spokeswoman, however, told NJ.com the new law is “a critical step that will help ensure that all eligible voters are able to participate in the democratic process.”

Quote of the Day: “A major tax increase like this will undoubtedly have consequences for passengers.” — Sean Williams, senior vice president for state and local government affairs for Airlines for America, on New Jersey’s plan to raise taxes on United Airlines by $20 million.

Cory Booker dared Republicans to ‘bring it.’ These conservatives just did.
U.S. Sen. Cory Booker told Senate Republicans to “bring it” when they objected to his release of once-confidential documents about Supreme Court nominee Brett Kavanaugh.
NJ.com Read more

NJ Transit ‘confident’ it will meet PTC deadline, Diegnan says
New Jersey Transit officials said they are two-thirds of the way complete with the installation of positive train control, a federally mandated braking system that must be fully installed by Dec. 31.
NJBiz Read more

Local officials not surprised by scathing CRDA audit
Given the checkered history of the Casino Reinvestment Development Authority’s fiscal practices, the findings from a state audit failed to surprise local elected officials who each expressed hope that the agency’s future would head in a better direction under new leadership.
Press of Atlantic City Read more

In Surpise Move, State Board Tables Vote on Cutting Back PARCC
Pulling the plug on PARCC was expected to be a foregone conclusion — and something that would get done in short order.
NJSpotlight Read more

How to Boost Jersey Shore Tourism? Stop Diverting Revenue For a Start
The state’s lucrative tourism industry could get a significant bump if it stretched out its prime shore season past the summer months. But in order to do so, it would have to invest in better event planning, more marketing and a renewed focus on public transportation, according to experts.
NJSpotlight Read more

Requiring Public Colleges to Come Clean on Hidden Fees
College costs can be formidable, and families often get sticker shock when they realize they haven’t accounted for the many fees a school can apply. With technology, labs, books, parking, health insurance and other fees, the price of extras can reach as high as an additional $3,000.
NJSpotlight Read more

No background checks meant accusations against Palisades Park school guards were missed
Laurence Ruh, a broad-shouldered sergeant once with the Palisades Park Police Department, had a reputation for letting his fists settle what his badge could not, according to several complaints and charges filed against him.
The Record Read more

West Milford’s mayoral race draws three candidates
Three candidates have thrown their hats into the ring and have less than two months to campaign for the mayor’s job vacated when Bettina Bieri moved out of state.
The Record Read more

Confusion swirls around Rockaway Township’s late night Friday meeting
Confusion reigned supreme in the township early Thursday as residents, municipal employees and some elected officials wondered whether a council meeting scheduled for later that night would proceed and why a special meeting was scheduled for 10:30 p.m. on a Friday.
The Record Read more