Add to the Muslim ban, the proposed Mexican wall and the discontinued Deferred Action for Childhood Arrivals program another Trump Administration initiative to curb immigration: efforts by the federal government to limit the number of literary, performing and visual artists receiving work permits or visas for the United States.

Similar to the other anti-immigration initiatives by the current administration, slowing or stopping the flow of foreign artists is justified on the basis of national security and protecting American jobs, according to Karin Wolman, an immigration lawyer in New York City.

“This is one more element of B.A.H.A.: ‘Buy American, Hire American,’” Wolman said, adding that President Trump has made it clear through policy directives both to State Department foreign consulates and to the Department of Homeland Security that “the starting point is ‘no’ for visa applications.”

But it’s not as though these rejections open up spots that can simply be filled by U.S. workers. We’re talking about performers (like musicians and actors) and artists applying to enter for contractual engagements at specific venues and perhaps with the hope of securing further work.

Wolman is not alone in her experience. The ability of foreign artists to obtain visas to work in the United States has grown increasingly more complicated for immigration lawyers across the country in the 20 months since the Trump administration took office.

And on Tuesday, September 11, that difficulty increased exponentially for all visa applicants. A policy directive now permits the Department of Homeland Security’s office of Citizenship and Immigration Services to deny visa applications that staff members, known as adjudicators, deem to be “frivolous or meritless” without needing to request missing information or even correct typographical errors. These adjudicators may issue denials without any requirement to explain their reasoning. The stated goal is to speed up the process, although Wolman claimed that adjudicators will have more license to “disregard the content of all testimonial letters, no matter who they are from, how specific or how well documented.”

The exact parameters of “frivolous and meritless” were not spelled out, but the actions taken were described in a statement issued last July by Citizenship and Immigration Services director L. Francis Cissna as “restoring full discretion to our immigration officers.”

A system for classifying visa applications for individual artists and performing groups has existed since the early 1990s, regularly permitting creative people in other countries to come to the United States for as long as a year and, sometimes, up to three years.

“After 9-11, the rules didn’t change, but the enforcement did,” said Matthew Covey, executive director of Tamizdat, a Brooklyn-based nonprofit organization facilitating international cultural exchange and providing free legal services to arts organizations seeking to obtain visas for foreign artists. “Since then, the complexity of the process of obtaining a visa has increased, as has the degree of unpredictability. What we are seeing now in the Trump Administration is that the unpredictability of the process has been ratcheted up.”

Adjudicators in Citizenship and Immigration Services, he noted, have slowed down the process of granting visas by continually demanding additional support material, such as where a foreign painter has exhibited in the past or where a musician planning to perform in the U.S. has been contracted to play. “The length of a visa is now limited to the actual signed contracts,” Covey said, which can pose a problem for someone seeking a three-year visa, since most organizations that bring in performers tend to finalize agreements closer to the date of an event. “A performer may have legitimate expectations of other contracts and bookings turning up, because that’s the way these things work, but that won’t satisfy the government anymore.”

“Requests for evidence,” as the demand for additional supporting material is called, puts most applicants at risk of not being approved for a visa, immigration lawyers contacted by the Observer have claimed. Especially “younger and more experimental artists, who may not have as long a track record as more established artists,” according to immigration lawyer based out of Fairfax, Virginia, Jonathan Ginsburg. And, that evidence may be deemed of not high enough value to satisfy adjudicators.

Fuji Whittenburg, an immigration lawyer in Los Angeles, noted that one of her clients, a Brazilian fashion model who was booked for a photo shoot for a handbag company and “who would have qualified for a visa two years ago” was rejected, because her “tear sheets”—the images of her in magazines—“were not from mainstream publications, as though these adjudicators suddenly know what is or isn’t mainstream in the fashion world. It’s all very arbitrary.”

Wolman claimed that adjudicators approach visa applications, particularly those from U.S. arts organizations looking to bring foreign artists, with suspicion, filled with fraudulent claims. She noted that one of her clients sought a visa for a European opera singer, providing numerous press reviews and color copies of house programs with the singer’s picture on the cover in the lead or title role in response to the request for “Evidence that the beneficiary has performed in a leading or critical role for organizations or establishments that have a distinguished reputation” on the visa application. Among these roles noted were leads in “Madama Butterfly” and “Tosca.” The response from Citizenship and Immigration Services, she quoted, was “Criterion not met. You may not use venues on stage to meet this criterion, because a singer cannot claim to have performed a leading or critical role where myriad others have also performed, unless, of course, your work is the mainstay of the production.”

She added that Citizenship and Immigration Services adjudicators “now overwhelmingly disregard the content of all testimonial letters, no matter whom they are from, how specific or how well documented,” which she described as “an arbitrary abuse of the regulatory standards.” Additionally, she claimed that adjudicators have contacted people who wrote letters on behalf of foreign artists, “intimidating them into not writing letters anymore.”

Requests for comments from Citizenship and Immigration Services or the Department of Homeland Security were not answered.

An additional barrier to entry for foreign nationals are U.S. consulates abroad, part of the State Department, where individuals may apply for a visa and face potential rejection. Citizenship and Immigration Services adjudicators “may approve an application, that is provide a work authorization for someone, but the State Department may bring up other issues, demographic issues,” Covey said. “Young men in their 20s from countries like Kenya, for instance, lead to increased scrutiny.”

Dancers, actors and musicians from predominantly Muslim countries, such as Iran, Somalia and Syria, have faced a higher rate of rejection over the past five to 10 years. Covey noted as an example that “arts organizations in Minneapolis”—where a relatively high percentage of Somali refugees have settled in the United States—“have been affected by decisions to reject a visa application.”

It is unknown how many foreign literary, performing and visual artists have been impacted by delays or denials in receiving visas, and some applicant institutions have not reported any problems. “The Guggenheim has not had a situation where an artist could not come to the U.S. for a show due to visa issues,” according to a spokeswoman. No other museum contacted described visa difficulties either.

Between Citizenship and Immigration Services and the consulate offices of the State Department, “C.I.S. is the principal problem,” Ginsburg said. Consulates in different countries may not treat all visa applicants with the same standards, but consular officials generally “are more carefully trained and more closely supervised, and there is a faster response time.” He added that the State Department also is “more sensitive to adverse publicity” than the Citizenship and Immigration Services division of the Department of Homeland Security, making its consular decisions less arbitrary.

Requests for comments from the State Department were not answered.

Added to the confusion and unpredictability of the visa application process are the increased costs. Covey noted that in 1992 the filing fee was $195 but currently is $460 (if an application is rejected, the filing fee is not returned). In addition, applicants are required to submit a letter of support from a labor organization such as the American Federation of Musicians, which these groups used to provide for free but now only for a fee that may add another $200-500 to the overall cost, sometimes more, and then there is the need to hire an immigration lawyer to make sure that nothing in the application will trigger an immediate denial from Citizenship and Immigration Services. “The whole process can be $5,000 to file a petition, which can be a significant financial impediment for many applicants,” Ginsburg said.

“Back in the 1990s, there was no intention to make the process so complex that one needed to hire a lawyer,” he stated, adding that “interns at arts organizations used to fill out the applications, because the process was fairly simple and predictable.” Foreign artists still are approved to come to the United States, Covey claimed, but the increased costs and hurdles have made the process less certain.

For her part, Whittenburg described the current visa application process as too “nitpicky,” and as a result, some clients have chosen to take or keep productions abroad because of visa processing issues, both with U.S.C.I.S. and with the State Department. “I just had a pair of influencers for a large film studio production decide to stay in Canada, because the visa costs were too time-consuming and expensive, and frankly the documents and information I was requesting were, in their words, ‘not worth it.’” 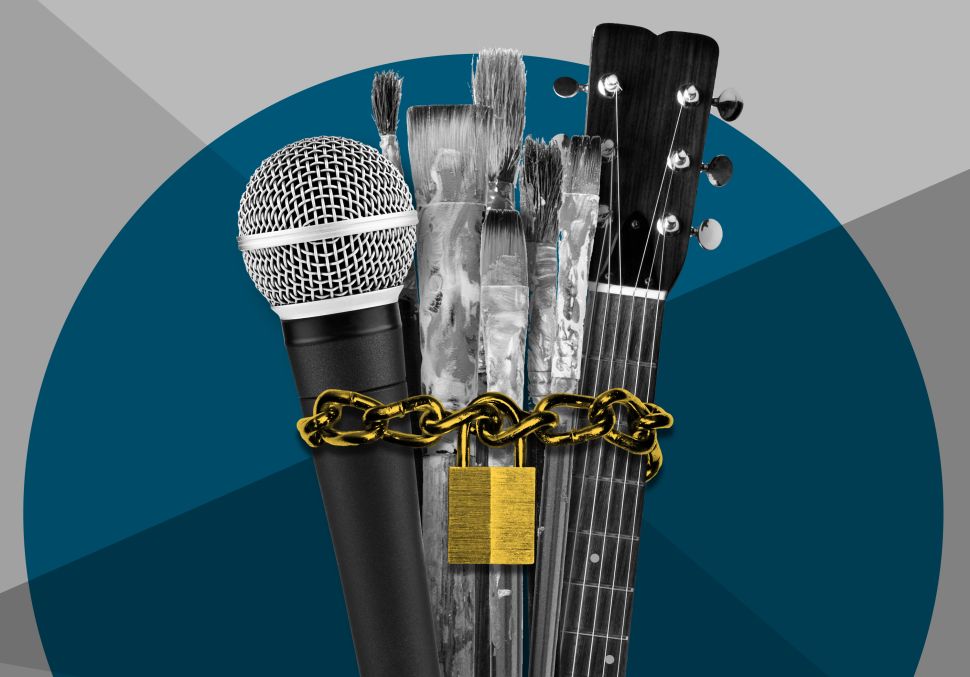